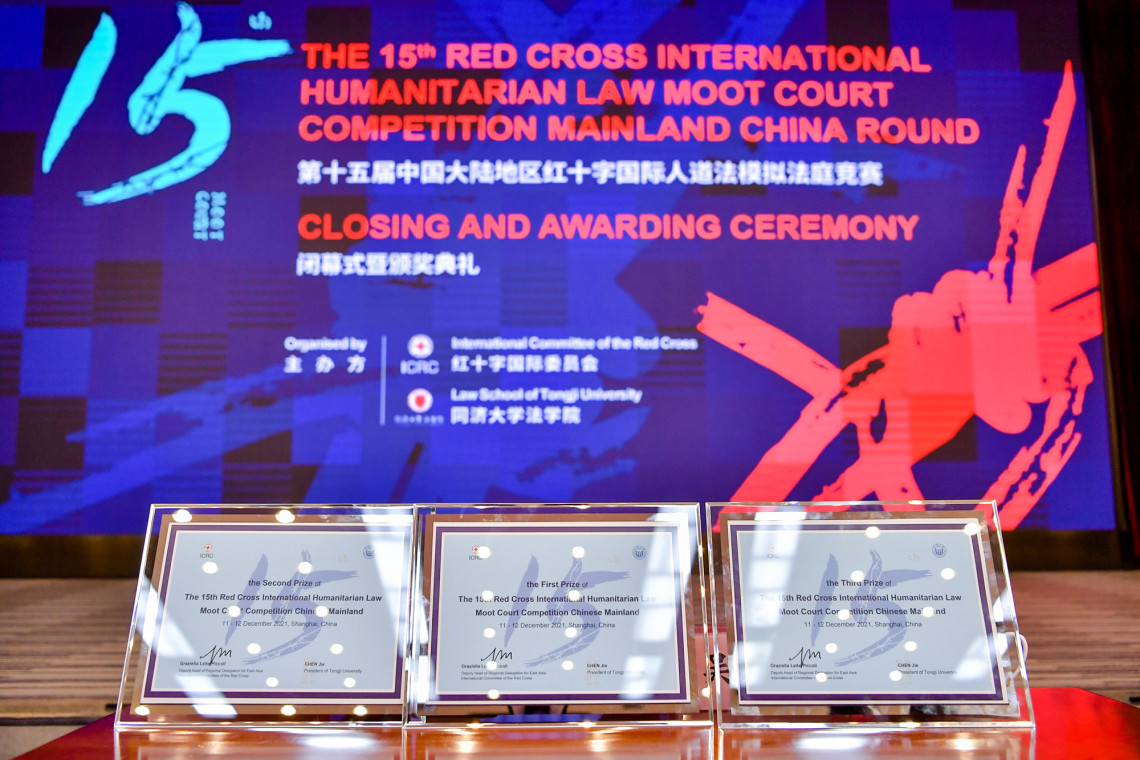 The International Committee of the Red Cross (ICRC) and Tongji University jointly organized the 15th Red Cross International Humanitarian Law (IHL) Moot Court Competition (Mainland China Round) from 10 to 12 December. This is the first time the competition was held online since its launch 15 years ago. Tongji University won the championship, followed by China University of Political Science and Law (CUPL) and Jilin University as runners-up.
Article 13 December 2021

The three winning teams will compete in the 20th Red Cross IHL Moot Court Competition for the Asia-Pacific region that will be jointly organized by the Hong Kong Red Cross and the ICRC in 2022.

A total of 57 universities from across the country participated in the competition, 32 of which entered the oral competition round. Students submitted written briefs and then defended cases with legal arguments before a panel of judges in simulated proceedings. The panel of judges included 60 national and international experts.

"The IHL moot was the first big event organized by ICRC's Beijing delegation right after its establishment. Over the past 15 years, we have witness marvellous growth; from eight teams at the very beginning to 57 teams this year, we are proud of it," said Graziella Piccoli, deputy head of the ICRC regional delegation for East Asia. Piccoli added that the competition has become a flagship event for spreading awareness of humanitarian law in China and is being recognized by more and more students, professors and legal practitioners in the region. 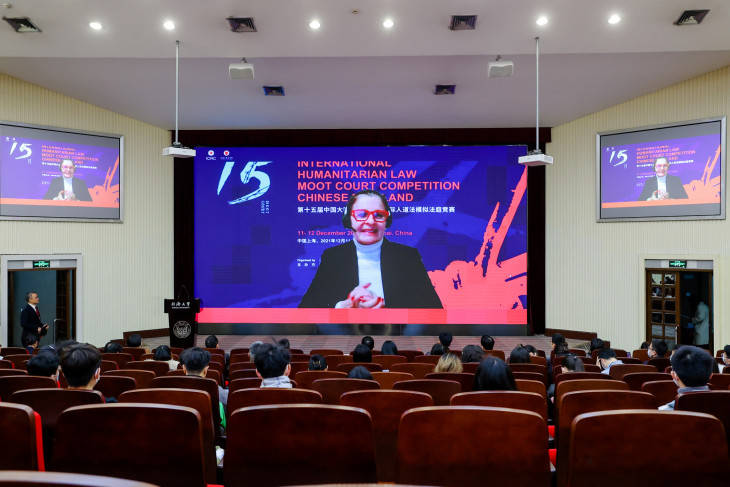 Humanitarian law is a set of rules that seek to limit the effects of armed conflict, protecting people who are not, or no longer, participating in hostilities and restricts the means and methods of warfare. The moot problem of this year focuses on key frontier issues in IHL related to the treatment of prisoners of war, landmines, cyberattacks, the protection of civilian property, etc.

"The participants demonstrated solid legal knowledge and reasoning. Based on your smart and confident presentation, we believe some of you will become excellent judges and lawyers with a deep understanding of the humanitarian law, contributing to peace, harmony and security in the world. We are looking forward to it," said WU Guangming, deputy secretary of the Party Committee of Tongji University, in his closing speech.

One of China's earliest national universities, Tongji University is a prestigious institution of higher education under the Ministry of Education and supported by Shanghai Municipality. Established in 1907, the university has grown into a comprehensive research-oriented institution of international repute. 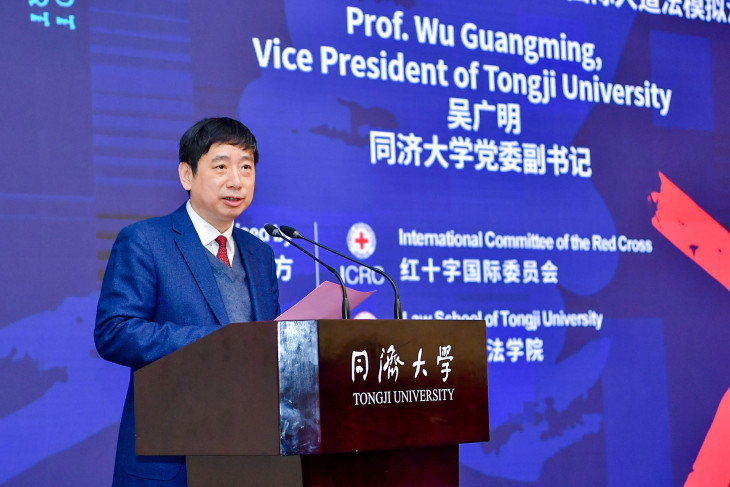 WU Guangming, deputy secretary of the Party Committee of Tongji University, speaking at the closing ceremony of the competition. 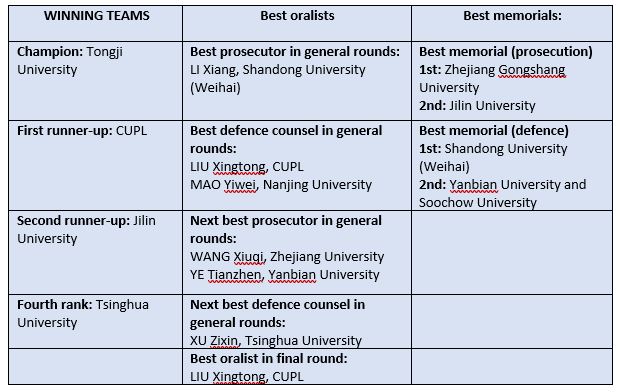 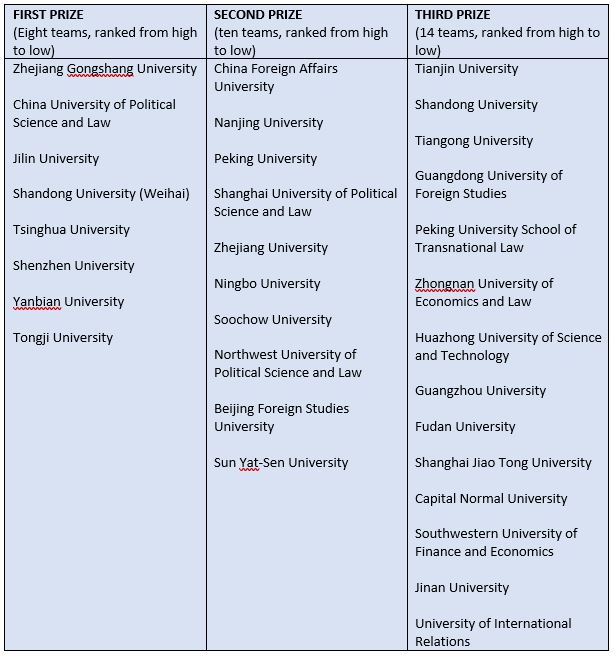 Founded in 1863, the ICRC endeavours to help people who are affected by conflict and armed violence around the world, and actively promotes humanitarian law for the protection of war victims. A core mandate of the ICRC is to promote a better understanding of IHL and the universal principles of humanity. 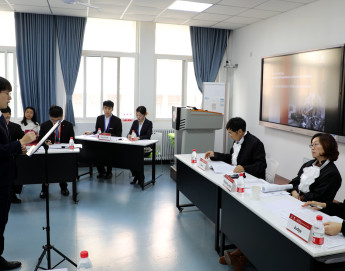 Inspired to go beyond competitions 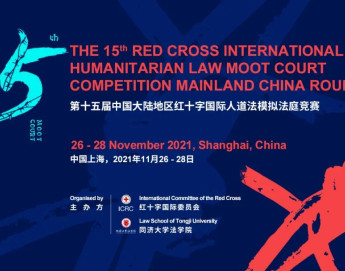