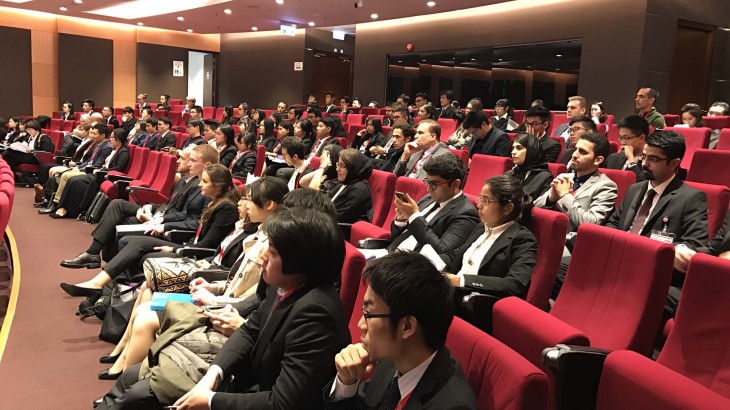 Beijing (ICRC) – Around 100 law students representing 24 teams from 21 cities/universities across the Asia Pacific region will participate in the annual Red Cross International Humanitarian Law Moot Court competition in Hong Kong from 8 to 10 March. Co-organized by the Hong Kong Red Cross and the International Committee of the Red Cross (ICRC), the competition aims at challenging and testing participants' knowledge of international humanitarian law (IHL) and to spread knowledge of IHL throughout the region and beyond. The judging panel includes 60 distinguished judges and lawyers.

"The competition is designed to promote in-depth discussion among students on the proper interpretation and application of IHL, a body of law that is vital for millions of people adversely affected by armed violence all over the world", said Pierre Dorbes, Head of the regional delegation of the ICRC for East Asia, based in Beijing. "The event will not only test students' legal knowledge and skills, but also raise their interest in humanitarian affairs and values and on how exactly the IHL should be applied to protect people's lives in reality."

The regional moot court competition has been held in Hong Kong for 15 years. This year's edition will mark the 40th anniversary of the adoption of the 1977 Additional Protocols I and II to the Geneva Conventions. To celebrate that, a key note seminar on the 40th anniversary, the protection of cultural property in armed conflicts and the applicability of IHL and International Human Rights Law to the fight against terrorism will be given to participants, respectively by Sir Kenneth Keith, former judge at the International Court of Justice, Antoine Bouvier, ICRC Legal Adviser, and Prof. Sun Shiyan, Chair of Public International Law, Institute of International Law, Chinese Academy of Social Sciences.

"The moot problem centers on a fictional scenario about acts committed during a civil war, involving popular subjects such as cyber-attack, the use of drones and expanding bullets. This year is the first time we will address expanding bullets, which is the most recent war crime to be added to the Rome Statute, said Kelisiana Thynne, ICRC's Regional Legal Advisor based in Kuala Lumpur. "We will specifically highlight key aspects of the Additional Protocols, such as, the merging of protection of civilians and conduct of hostilities and the intersection between international and non-international armed conflict."

The ICRC is a neutral and independent humanitarian organization mandated to raise awareness of and promote respect for IHL. Moot court competitions are among the many initiatives undertaken with this aim.

or visit our website: www.icrc.org
To preview and download the latest ICRC video footage in broadcast quality, go to www.icrcvideonewsroom.org
To find out what the ICRC is doing to put an end to attacks on health workers and patients, go to
www.healthcareindanger.org
Follow the ICRC on facebook.com/icrc and twitter.com/icrc