‘Will seize every opportunity to promote IRRC in Chinese academic circles’

An interview with professor Zhu Lijiang, newly-elected Editorial Board member of the IRRC.
Article 03 March 2021 China

Professor Zhu Lijiang, vice-dean of School of International Law, China University of Political Science and Law, was elected as member of the Editorial Board of the International Review of the Red Cross (IRRC) in January 2021. As the only Chinese national on the 19-member board and the fourth from the country to take over the role, he has become the journal's goodwill ambassador in China and will help to facilitate the exchange of ideas between scholars from his homeland and other countries. Speaking to the International Committee of the Red Cross (ICRC), he shared about the 150-year-old journal and its importance for Chinese scholars and for promoting international humanitarian law (IHL) in China.

Please tell us more about the IRRC and its audience. 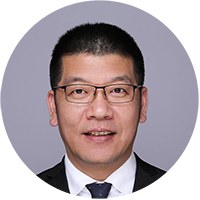 An English supplement of the journal was created in 1948 and officially published in 1961. In 2006, the English edition began to be published by Cambridge University Press. The journal is produced quarterly and some of the English papers are translated and published in Arabic, French, Russian, Chinese and Spanish too.

The papers published in the IRRC deal with humanitarian law, policy, ethics and practices. As an important journal of the International Red Cross and Red Crescent Movement, it has long been of particular interest to academics and practitioners of international law (especially law of armed conflict, international criminal law and international human rights law), state armies, staff of National Societies and employees of humanitarian relief groups among others.

Could you share more about the Editorial Board and how it functions? What are your main responsibilities and how do you plan to fulfil them?

The Editorial Board comprises international experts from various professional backgrounds. The current board has members from China, Tunisia, Canada, Brazil, Senegal, Switzerland, United Kingdom, Colombia, South Korea, India, Mexico, Philippines, United States, South Africa, Nigeria, Russia and Australia. We advise the editorial team on the themes and policy of the journal and play a key role in its publication.

I will seize every opportunity to promote the journal in Chinese academic circles, encourage more Chinese scholars and experts to submit papers and amplify their voice in the journal.

What is the significance of the IRRC for Chinese scholars?

The IRRC is the oldest and most influential academic journal in the field of humanitarian law and is included in many internationally-renowned journal databases such as Scopus and EBSCO. Being published in it will enhance the reputation and influence of Chinese scholars of international law, international relations, military and politics. It will also open opportunities for research and dialogue with their international counterparts.

The IRRC publishes papers by experts and scholars on specific themes in each issue. What is their impact?

The papers focus on important legal and practical issues and emerging debates on humanitarian law, making the journal distinctly relevant. They keep scholars updated, deepen the understanding of IHL norms, contribute to building a community of IHL academics and practitioners and enhance recognition of the values of the Movement.

What is the role of the IRRC in promoting humanitarian law in China?

The IRRC is indispensable to promoting humanitarian law in China. Teachers and researchers from Chinese universities and research institutions can publish their latest findings in the journal, initiate academic dialogues and connect with fellow scholars from around the world. They can study the papers to feed classrooms and social services with the latest research findings and promote awareness of IHL among students and researchers, as well as in national institutions and enterprises in China. We also plan to use the IRRC to organize seminars, especially on topics that interest Chinese readers.