China: Military chiefs from around the world seeking greater respect for law of war 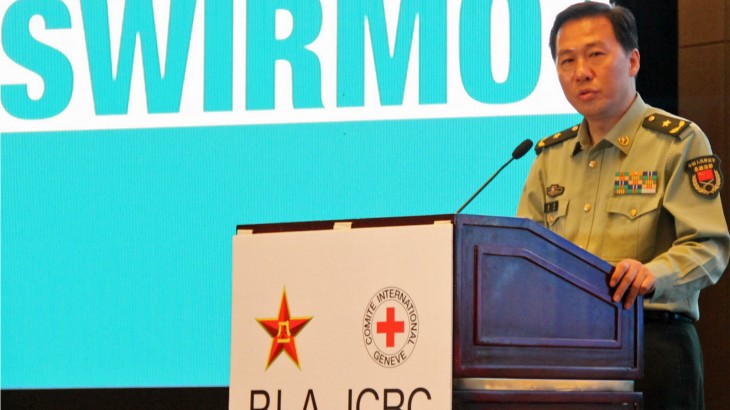 Senior military officers from 57 countries will participate in the Senior Workshop on International Rules Governing Military Operations (SWIRMO) 2014, to be held in Xi'an, China, from 22 to 27 September. The workshop will be jointly hosted by the International Committee of the Red Cross (ICRC) and the People's Liberation Army of China.

"SWIRMO 2014 offers an important opportunity for military leaders to share experiences with their peers of the challenges of applying the law governing military operations," said Yves Sandoz, a member of the ICRC's governing body, who will officially open the event. "Using practical case studies and virtual training tools, the participants will learn effective ways to improve compliance with the law. I am especially pleased that the event is being held in China this year, as the ICRC is keen to expand its dialogue with that country on humanitarian issues of mutual concern."

For Yan Jun, deputy secretary-general of the General Political Department of the People's Liberation Army of China, "the Red Cross is a noble and great cause. The ICRC has made excellent contributions in providing humanitarian assistance, and promoting humanitarian spirit, peace and development." He added that "the People's Liberation Army of China has been actively disseminating the law of armed conflict, and putting into practice the humanitarian spirit advocated in the Geneva Conventions, winning wide acclaim from the world. Nowadays the law of armed conflict is facing multiple new challenges, making it necessary for countries to enhance communication about the law of armed conflict. The People's Liberation Army of China hopes to continue to enhance communication and cooperation with the ICRC, and make more contributions to the international humanitarian cause."

In a scenario-based brigade exercise featuring a virtually imaged battle zone, participants will be expected to carry out the mission of liberating an island under enemy control while issuing orders that ensure compliance with the law of war. "Obeying the law is no obstacle to accomplishing a mission," said Mr Sandoz. "The law sets out important principles that must be built into military decision-making processes. The real-life simulation exercises that will take place this week should show how paying due attention to those legal concerns can become second nature to military commanders."

SWIRMO 2014 will focus on the need to take legal considerations into account in the planning and conduct of military operations – especially in the decision-making process in combat and law-enforcement missions – and to ensure that the law is fully embraced in military doctrine and included in military education, field training and discipline. The aim is to encourage legally compliant behaviour across the entire spectrum of military operations.

Every year, the ICRC joins the armed forces of a selected country in hosting SWIRMO with the aim of developing a deeper understanding of the most pressing international legal issues of the day. Switzerland was the joint host in 2007, 2008 and 2010, France in 2009. The workshop was first held outside Europe when South Africa served as co-host in 2011 and Malaysia in 2012. Last year, the event was held in Cartagena de Indias, Colombia.