Democratic Republic of the Congo: hundreds of people in dire situation after military operations in South Kivu 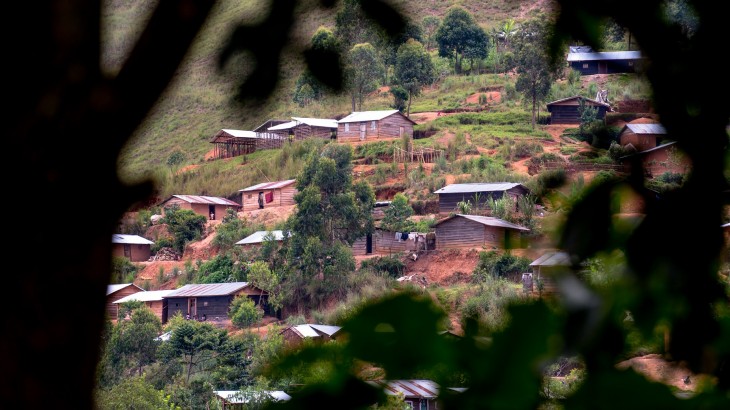 Geneva/Kinshasa (ICRC) – When the armed forces of the Democratic Republic of the Congo announced, on 8 December, that they had captured a group of over 1,800 people in the Kalehe highlands, comprising members of the National Congress for Democratic Renewal (CNRD) and their families, the International Committee of the Red Cross (ICRC) stepped in very quickly to alleviate their most pressing humanitarian needs.

"There are many particularly vulnerable people among them, including wounded and sick, pregnant women, unaccompanied children and people with disabilities," explains Lucile Pio, ICRC health delegate. "We have transferred two wounded persons and ten sick children to the General Provincial Referral Hospital in Bukavu, which is currently saturated." The ICRC also delivered half a tonne of medicines and medical supplies to Nyamunyunyi hospital and visited hundreds of people deprived of their liberty.

The humanitarian situation at Nyamunyunyi military camp is extremely worrying: 17 people, including nine children, have died there. On 16 December, 302 people were transferred out of the camp, but more than 1,400 remain.

The ICRC gathered 281 children and brought them to a transit and orientation centre run by the Office for Voluntary Work for Children and Health (BVES), a child-welfare organization. It hopes to reunite the children with their families before they are transferred anywhere else.

"It is essential that any transfer process comply fully with the guarantees established by international law. We call on the authorities to ensure, before taking any new decision, that transfers are arranged in an informed and voluntary manner for all persons considered to be at risk," stresses Jeremy England, head of the ICRC delegation in the Democratic Republic of the Congo. "People deprived of their liberty, their families, the sick and the wounded must be treated humanely and with respect for their dignity."

The ICRC reiterates that, under national and international law, no one may be deprived of their liberty without a legal basis and the procedures laid down by law must be respected. The authorities must ensure the freedom of movement of those who are not detained, place them under the responsibility of the civil authorities, and facilitate access to them and the provision of relief by humanitarian workers.