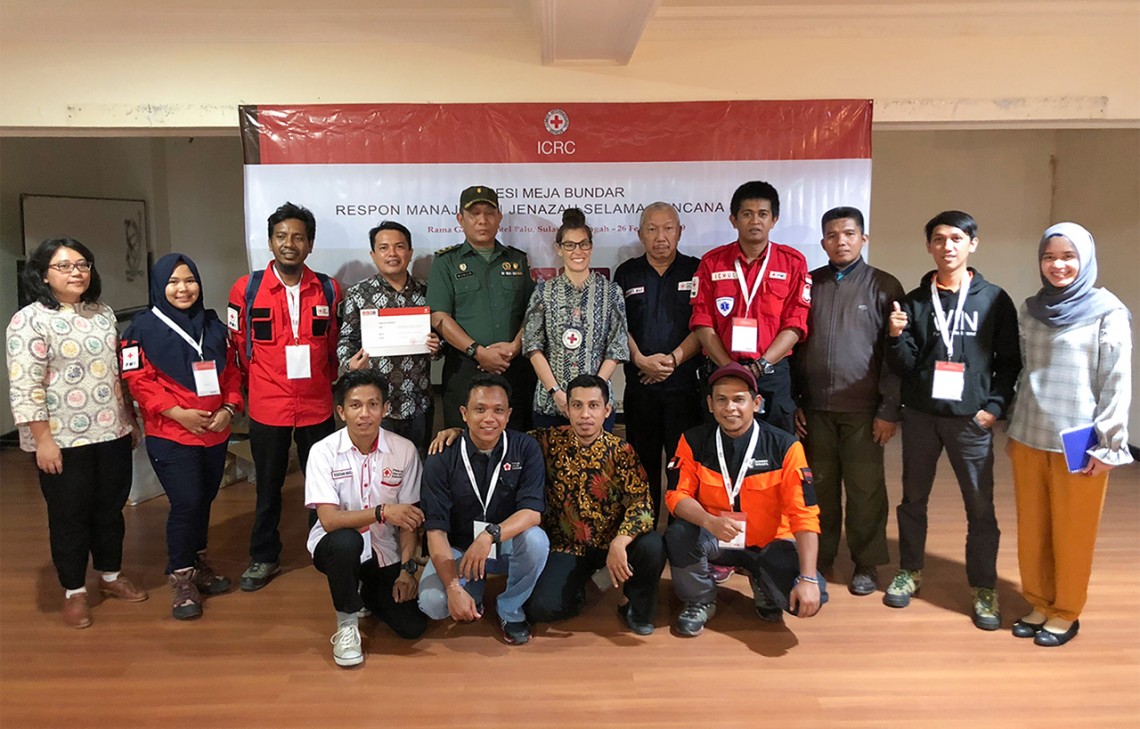 It has been five months since an earthquake and ensuing tsunami and soil liquefactions caused havoc in several parts of Indonesia’s Central Sulawesi. But the gruesome scenes of death and destruction that followed remain fresh in the memories of aid workers who were first on the scene.

On 26 February, 16 people from various organizations, who had arrived in the region during the initial days after the earthquake, met in the city of Palu, in the affected region. They shared their experiences in a round-table discussion organized by the International Committee of the Red Cross (ICRC) and focused on management of the dead.

Talking about the challenges they faced in the region, the participants agreed that the lack of proper training and equipment had hampered volunteers’ efforts to search for and collect bodies. They also admitted that the volunteers did not have personal protective equipment.

Responding to this, Central Sulawesi’s administration secretary Mohamad Hidayat Lamakarate said the experience in Palu could be a lesson for dealing with future disasters.

According to the latest data, there were at least 1,016 dead bodies that could not be identified. This figure could have been lower if the volunteers knew how to properly handle the bodies.

Proper and dignified management of the dead can help minimize the distress caused to families who lose their loved ones by helping provide answers and giving closure.

After the earthquake, the ICRC participated in relief operations organized by the International Red Cross and Red Crescent Movement, with a focus on Restoring Family Links, i.e. helping families with the whereabouts of their missing relatives. The ICRC has also been supporting the Indonesian National Police’s Disaster Victim Identification Department in order to ensure respectful management of the dead.

Speaking about the lessons that emerged from the discussion, head of the ICRC regional delegation to Indonesia and Timor-Leste Alexander Faite said, “We, at the ICRC, want to increase cooperation with relevant agencies and institutions so we can develop and, if necessary, reformulate the guidelines on managing dead bodies during major disasters. As a humanitarian organization, the ICRC wants to ensure that those who die during natural and man-made disasters, as well as while migrating, are treated with respect and dignity.”