Dispatch: On the ground in Lake Chad 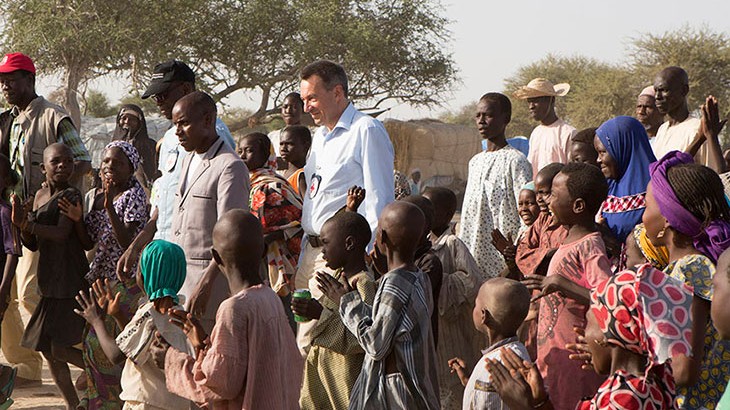 Last week, ICRC president Peter Maurer was in the Lake Chad region witnessing first-hand the effects of war on the people of Nigeria, Niger, Chad and Cameroon. Each day, he reflected on what he saw on the ground.

Port Harcourt Maximum Security is one of the biggest prisons in West Africa. The warden told me it was designed for 800 inmates, but today it holds more than 4,000.

Prisons are often the most neglected of society's institutions. But neglect them too much, and prison problems will breach the walls and infect the wider population.

Take sewage. The prison's treatment system was faulty, so human waste was diverted into a thin stream that flows through a nearby shanty town. Using the stream as a waste dump turned the water into a poisonous death trap, a cholera outbreak waiting to happen.

Of course, things flow both ways. Society's ills on the outside affect life inside too.

At the heart of the prison's overcrowding problem, for example, is the judicial system. Nearly 90% of inmates are awaiting trial, some languishing in jail for years. You don't go through the system, you get lost in it.

Basic changes can make a big difference. By digitising case files, the prison service can keep track of an inmate's lawyer or court number, which can help with access to pro bono legal aid. And that should mean fewer prisoners in limbo.

By working closely with the Nigerian prison service on these and other projects, and by understanding what life is like for prisoners and the community alike, we're able to tackle the issues and help people on both sides of the prison wall. 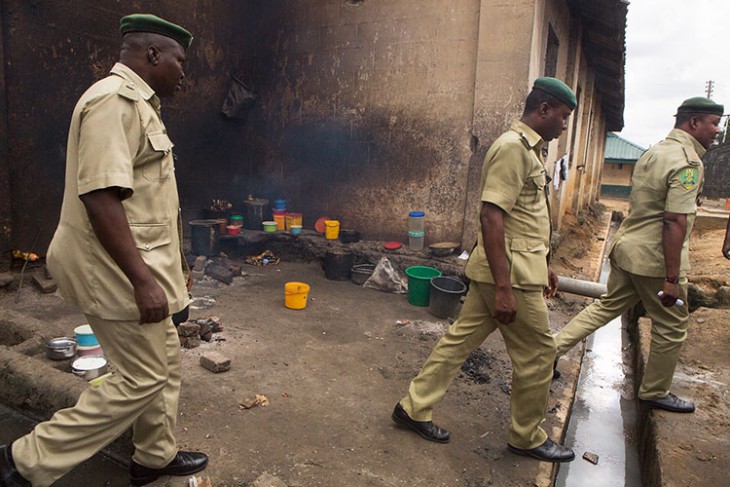 Guards at Port Harcourt's Maximum Security in Nigeria, one of the biggest prisons in West Africa.

The village on the Niger Delta creek has all the infrastructure it needs. Generators with enough muscle to power the place. A water plant ready to run. There's a health centre too. But none of it works.

It's just one contradiction among many in southern Nigeria, the country's economic powerhouse.

The region's oil industry is both a blessing and a curse. The waterfront shanty towns of Port Harcourt lie in the shadow of refineries and cargo ships. Inhabitants see the riches, yet live in the most abject poverty.

Without toilets, people take relief on piles of refuse rotting by the river. Women venturing out at night run the risk of rape. And everyone is a potential victim of the turf wars between rival gangs.

The river, the town's life blood, is full of great swirls of oil and rubbish. No fishing here; it's 6 hours by boat to reach clean water.

The people of these shanty towns are at the sharp end of a complex intersection between environmental degradation, poverty, underdevelopment, poor governance and chronic violence.

But they're also self-starters, the village chief assures me. And he's right.

I meet a group of women, widowed by the violence, who we've helped to set up a co-operative. They've received training in business management and individualised coaching. From struggling to put food on the table, some have developed thriving businesses in just a few months. They just needed a chance. Their strength is an inspiration to me.

It's clear that in the future, the ICRC will increasingly find itself working in such fragile urban environments, supporting communities battered by violence just like these. 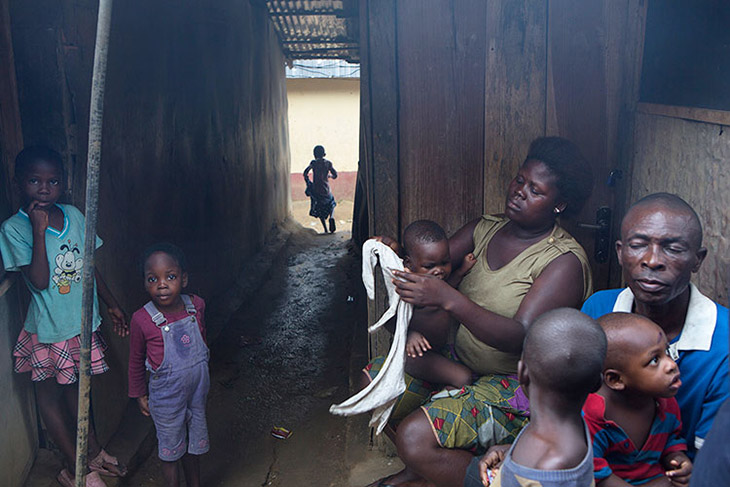 A family in the waterfront shanty town of Port Harcourt, Nigeria.

Could you survive this? A two-day walk under the scorching Sahel sun with no food or water, all while nursing a severe leg wound.

Mallam did. First she fled the fighting in Nigeria in 2015, found shelter in a village in neighbouring Niger, only to flee again after another attack. Then in June, at her next location, her house was hit by a mortar, killing three of her children and a grandchild.

Despite being wounded, Mallam walked with her surviving children to a basic health centre 22 kilometres away. When they arrived the doctors were forced to amputate her 10-year-old son's shrapnel-laced arm.

You can't listen to Mallam's story without feeling stunned. How do you bear such grief, such incomprehensible loss? How do you explain to a neighbor everything that's happened to your children?

I met Mallam by her tent in a dusty camp on the main road to Diffa. I wonder how long this will be a safehaven for her. Will the family be uprooted again?

The scale of the crisis in the Lake Chad region is staggering: over 9 million people need life-saving aid.

Yet, by and large, the world doesn't seem to care. Buried safely away in an inaccessible corner of Africa, this conflict has been allowed to fester for years. A breaking news story on the kidnapped Chibok girls brings the Lake Chad region up on the radar internationally briefly, before it quickly lapses into obscurity once again.

Mallam doesn't need our pity. She needs us to take collective action, so she doesn't have to lose another child to this war, and so she can remember what it's like to live without fear. 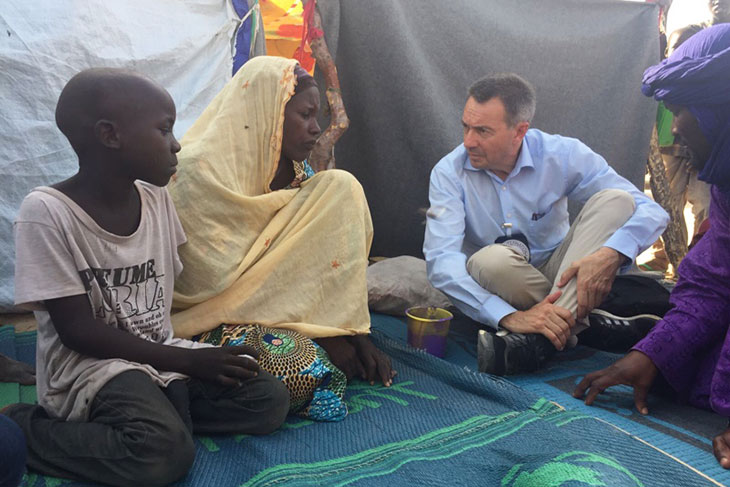 Peter Maurer talks with Mallam and her family in her tent at a camp in Niger.

If that happened in my home town of Thun, Switzerland (pop 40,000), it would by far overtake Zurich as the biggest city in the country!

It's safe to say the local authorities of the newly super-sized Thun would have a few challenges on their hands. Is there enough drinking water to go round? Where will all the new kids go to school? How will the health system cope?

Here in Niger, and the other 3 countries in the Lake Chad basin, this is not some far-fetched scenario. It's the new normal.

2.6 million people have been driven from their homes by brutal war. They don't end up in formal camps. Instead, they find a form of refuge in a patchwork of little villages and towns spread across this vast brown plain.

In Garin Wanzam, the village I visited today in the Diffa region, life was already tough for people before the violence changed their world. Garin Wanzam used to have just one basic well for its 1,500 inhabitants - and that often left them woefully short of water. But when in June the population jumped to 30,000, it was simply overwhelmed and needed outside help.

Speaking to villagers today, I was struck by how accepting they are of their new role as hosts to tens of thousands of people.

Perhaps the quiet, haunting thought that many of us have - the idea that "it could have been me" - propels us to protect our common humanity.