The armed conflict in Nigeria has forced an estimated two million people to flee from their homes. Many of them are now internally displaced while others have sought refuge in neighbouring countries. The ICRC is working to respond to the most urgent needs of the affected families.

Reportedly, 55,000 people have been displaced in the last two months, over 30,000 of whom arrived in Borno's capital Maiduguri. Maiduguri already hosts more than one million internally displaced persons (IDP) in 14 camps as well as host communities. Because the existing camps cannot cope with the sudden influx, the authorities are in the process of opening a new IDP camp.

Nearly 22,000 Nigerians have been reported as missing to the ICRC during a decade of conflict in northeast Nigeria, the highest number of missing persons registered with the ICRC in any country.

Nearly 60 per cent were minors at the time they went missing, meaning thousands of parents don't know where their children are and if they are alive or dead.

Families in north-east Nigeria are often separated while fleeing attacks. Others have had loved ones abducted or detained and do not know their whereabouts. The ICRC works with the Nigeria Red Cross and other Red Cross and Red Crescent societies in the region to trace missing people by showing photographs, calling out names, and going door-to-door in camps and communities.

Learn about the ICRC's work in Nigeria and the Lake Chad region. 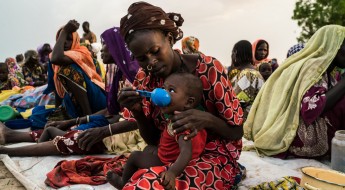 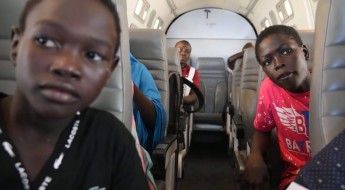