Displaced in the Central African Republic: Between a rock and a hard place 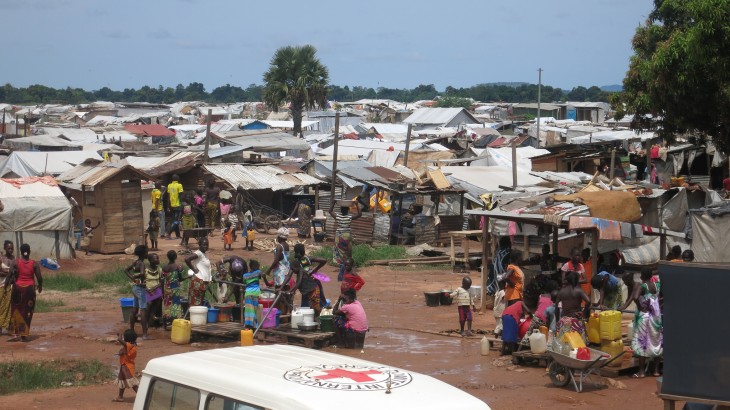 M’Poko, Central African Republic. Unhealthy conditions prevail at the M’Poko camp, where many of the displaced are housed in makeshift shelters, at the mercy of the elements and disease. CC BY-NC-ND / ICRC / R. Kradjeyo

Hundreds of thousands of displaced people in the Central African Republic (CAR) are still waiting to return home and resume normal life. Already severely weakened by the effects of the conflict, they now also have to contend with armed men in their midst, while accidental fires have caused devastation in camps in Kaga Bandoro, Batangafo and Bambari, compounding the hardship.

Several people died or were injured in the fires in Bambari, in the centre-east of the country, and property suffered extensive damage, with over half of the temporary shelters, along with the belongings of their already vulnerable occupants, reduced to ashes. Fires wreaked similar havoc in Kaga Bandoro and Bantagafo in northern CAR, but thankfully with no loss of life.

"I had no time to grab my possessions when the fire broke out. We lost everything we had to live with in this camp: clothes, bedding, and essential items given to us by humanitarian organizations. What will become of us now?" asked Jeannette Igakola, a widow living in the Évêché camp in Kaga Bandoro.

The plight of displaced people in the capital, Bangui, is hardly better. Poor access to clean water and sanitation leaves them prey to diseases such as malaria and diarrhoea. Food shortages are leading to the risk of malnutrition.

Many more people are currently displaced throughout the CAR. Some of them have been taken in by local families, while others are camping out in the bush in the harshest of conditions. Continuing violence in their home areas is preventing those who would like to return from doing so. Others would rather wait and see how the situation develops.

"At present, there are some 435,000 displaced people in the CAR living in extreme hardship. Their dearest wish is to go home as soon as the situation allows," said Jean-François Sangsue, head of the ICRC delegation in the CAR. 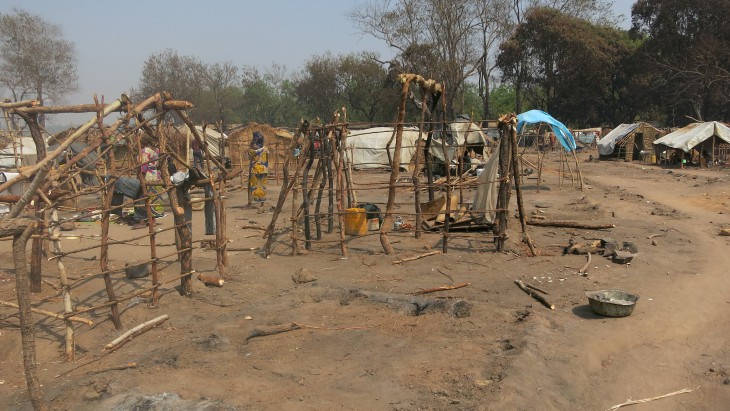 Kaga Bandoro, Central African Republic. Displaced people in the Evêché camp in Kaga Bandaro have nowhere else to go after fire ravaged the site. They have no choice but to rebuild, yet again, their lives here in utter destitution. CC BY-NC-ND / ICRC / F. Sambia

Between November 2015 and January 2016, the ICRC, where appropriate in conjunction with Central African Red Cross volunteers:

In addition, ICRC delegates visited more than 500 detainees throughout the country. Some 400 of those visited received hygiene items for general purposes and personal use.