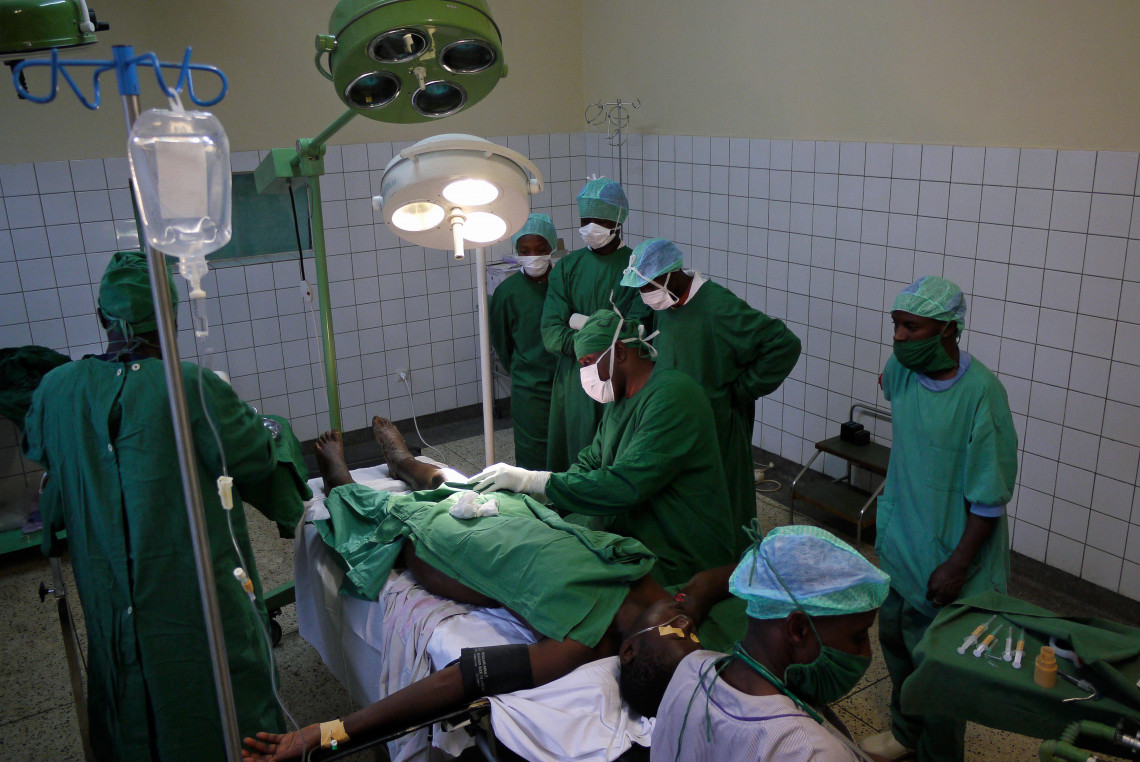 Democratic Republic of the Congo: When war surgeons save civilians

Aline Manda, a 31-year-old mother of six, was hit by three bullets and wounded by grenade fragments when the bus she was riding came under attack. She received emergency surgery and now lives a normal life despite several complications. Fighting between armed groups is common in her home province of South Kivu.
Article 13 September 2021 Democratic Republic of the Congo

It was a morning like any other, and Aline was on her way to Uvira to buy fish to resell at the market in Mulongwe. But on that fateful day, the bus she was riding was attacked by armed men. "They started shooting at us," she said. "I was hit by three bullets: two in the belly and one in my right arm." After plundering the bus, the attackers threw a grenade, and Aline was also injured in the explosion.

Such incidents are common in South Kivu province, in the eastern Democratic Republic of the Congo (DRC). Every day, civilians are caught in the crossfire of armed groups and the regular military.

People with war wounds are evacuated with support from the Red Cross Society of the Democratic Republic of the Congo. Ferdinand Mugisho/ICRC

Aline survived thanks to passers-by who brought her to Uvira general hospital. "I was barely breathing when I got there. I'd lost a lot of blood because the ride was so rough," she said. Her condition stabilized after two operations, but her injuries were so severe that she needed more specialized care.

The hospital asked the International Committee of the Red Cross (ICRC) to transfer Aline to Bukavu general hospital, which specializes in treating war wounds. Thanks to training from ICRC war surgeons, local staff in Bukavu have the necessary skills and no longer require direct help from the ICRC.

It took seven hours for the ICRC ambulance to reach Bukavu. "Because of logistical challenges and security concerns, we often have to take detours, including across the border into Rwanda," explained Yalala Sango, a DRC Red Cross volunteer who assists with patient transfers in South Kivu. 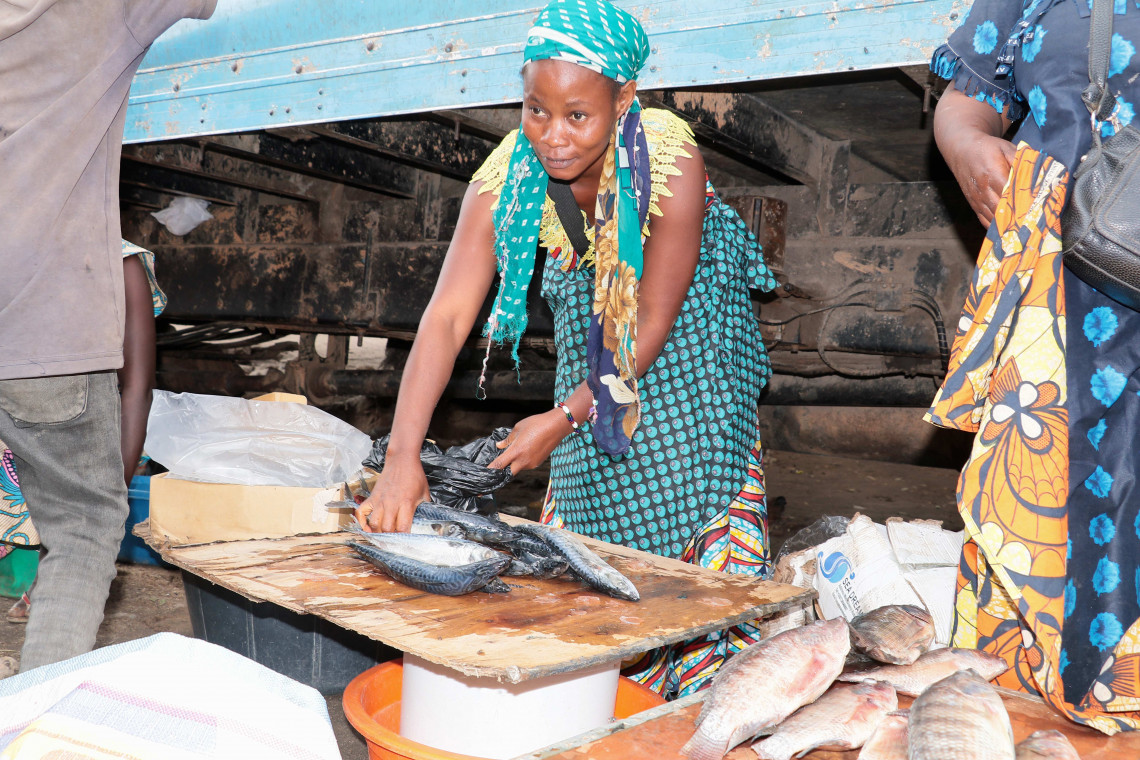 Aline was able to return to work and continue caring for her six children after being wounded in an armed attack. Albert Nzobe/ICRC

In Bukavu, Aline had more surgeries to remove the bullets and grenade fragments that were still in her body. "I went into surgery on a Tuesday morning and didn't wake up until noon on Sunday," she said. "I couldn't eat. I felt like I was suffocating when I tried to talk." Aline was put on a respirator to support her weakened lungs.

Eventually, Aline's wounds began to heal. Once she was strong enough, she moved on to the next step: physical therapy to overcome temporary paralysis in her right side, which was caused by the bullet wounds. She also received psychosocial support.

After four weeks in the hospital in Bukavu, Aline was brought back to Uvira general hospital for the remainder of her treatment. The doctors there recommended that she rest after being discharged, but she had no choice: she had to care for her six children, who had been staying with neighbours while she was away.

"I went back to doing housework, and it led to serious complications. My wounds even started bleeding again," Aline said.

Aline had to go back to hospital in Uvira, and was again transferred to Bukavu. In total, it took four surgeries, two months in hospital and four months of outpatient care before she regained full use of her arms and legs.

Going back to work

Aline struggled to get her business back off the ground after so much time away. To feed her children, she explained, she had to borrow money to buy merchandise to resell, then repay the loan plus interest.

The ICRC decided that Aline needed short-term financial support. "I got enough money to run my business and pay off my debts. Now I can use my own capital," she said.

The short-term support led to long-term success: Aline is now selling fish again full-time at the market in Mulongwe.

We support health facilities so that they can admit and stabilize patients who have been wounded by firearms. We also transfer patients to Bukavu general hospital, where we supervise the war surgery programme. The ICRC provided care to 215 patients there in the first half of 2021. 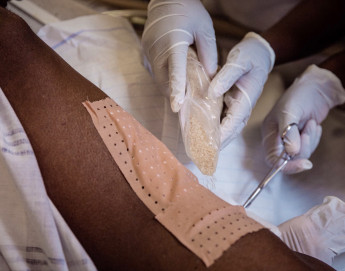 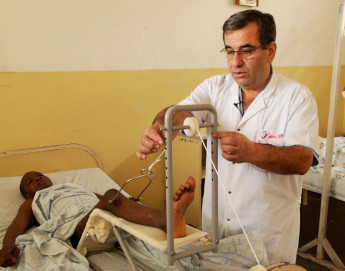 War surgery in DR Congo: A new splint for the wounded 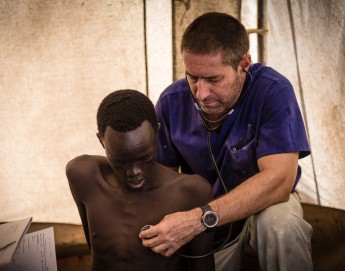 Life as a war surgeon in South Sudan 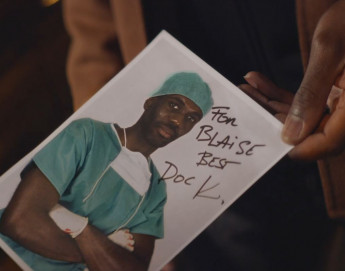