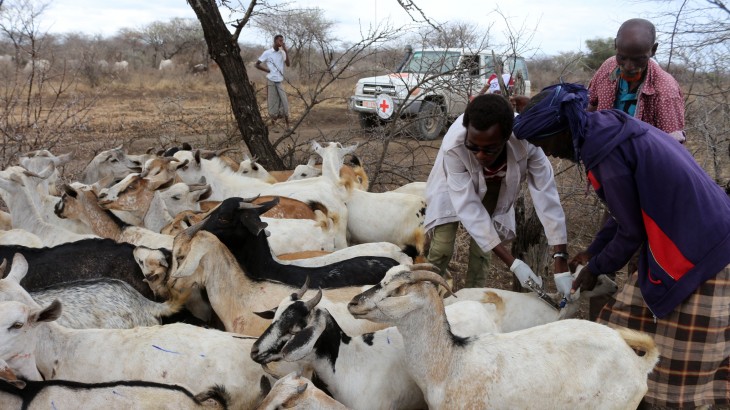 A pastoralist holds one of his goats as the animal receives a vaccination injection in Meyu Muluke, East Hararghe, Oromia Region. CC BY-NC-ND / ICRC / Alemayehu Takele

Meyu Muluke district is home to an estimated 19,000 agro-pastoral families. Located in the Eastern part of Ethiopia within the Oromia Region, the hot weather and bushy landscape make it conducive for rearing domestic animals, especially camel and goats.

However, scant rains force the communities to move from place to place, looking for water and grasslands that can sustain their herds. The inhabitants living in eight of the 19 kebeles (localities) existing in the district face frequent ethnic violence which claims the lives of many and displaces dozens more.

There are three major animal diseases (Anthrax, Blackleg, and Pasteurellosis) which kill a substantial number of their livestock every year. This adversely affects the lives of the people who depend on these animals for their survival.

With the aim of protecting the communities' livestock, the ICRC, in collaboration with Meyu district veterinary department, has launched a vaccination campaign to address the three, common animal diseases.

The vaccination campaign has had a positive start with most community members expressing their happiness.

"My camels are the most important things in my life. I treat them like my children for our life fully depends on them," he says as he pats one of his camels affectionately. "There is nothing that makes me happier than getting my camels protected from any diseases that attack them," he adds. 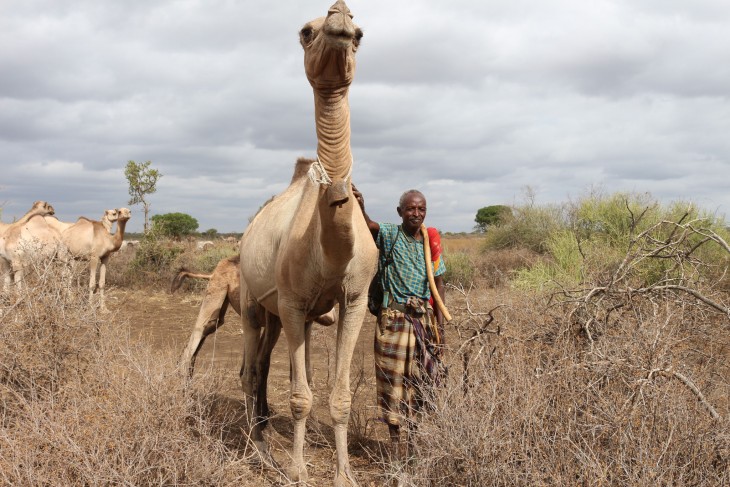 Yusuf Kesa leads one of his camels towards the vaccination site. The 55-year-old has ten camels and says that he treats all of them as his children. CC BY-NC-ND / ICRC

According to Dr Zelalem Yaecob, a senior veterinarian working for the ICRC, about 100,000 heads of livestock will be vaccinated in the exercise. More than 8,000 households with their estimated 48,000 family members are expected to benefit from the campaign.

Fatuma Mohammed is a 50-year-old single mother raising four children. She is also a goat breeder.

"My goats are everything to me and to my poor kids. They are our lifeline, source of food, and clothing," she says with a cheerful smile on her face while herding her goats into one of the vaccination sites. "I am happy because I will not lose my goats to the terrible diseases which kill many of them every year." 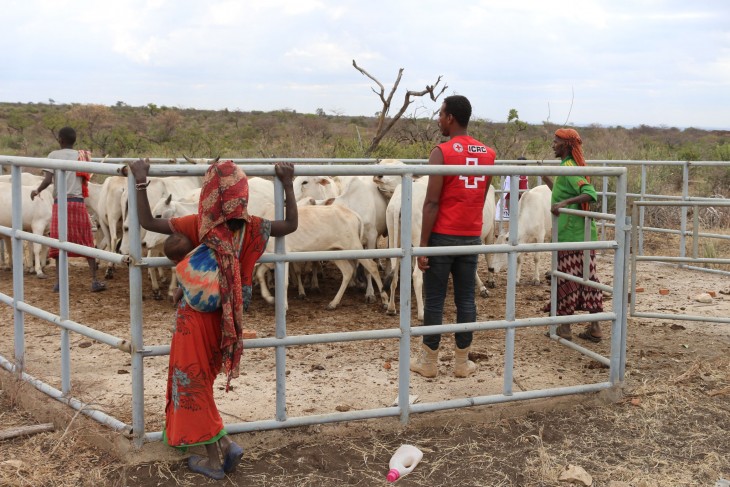 The vaccination campaign kicked off on 2 February 2019 and is being conducted in more than 30 sites selected for their proximity to the affected communities in eight targeted kebeles. It is being carried out in partnership with the Oromia Region Pastoral Areas Development Commission. Some nine animal health workers are involved in the campaign which will take six weeks. They include people who received a three-week intensive training in the provision of veterinary service with the financial support of the ICRC.

So far, more than 60,000 animals, consisting of cattle, sheep, goats, camel and donkeys, have been vaccinated, according to Dr Zelalem.

The vaccination is part of the ICRC's livestock outreach program launched in the district with the aim of restoring the livelihood of the communities affected by frequent ethnic violence.