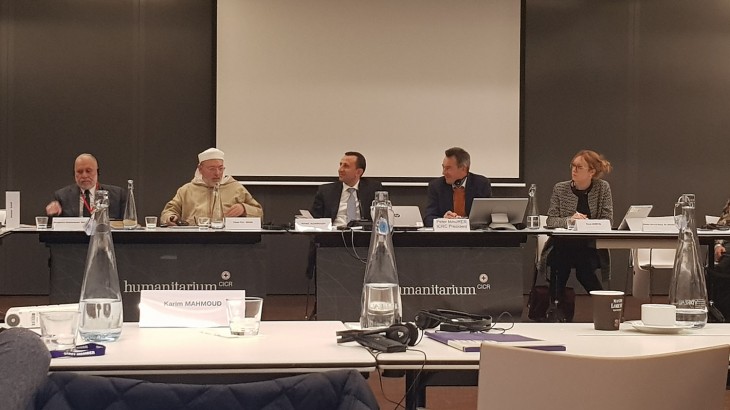 The ICRC has acknowledged the importance of understanding the Islamic laws of war since the 1950s, and has actively engaged with Islamic institutions and scholars since the 1990s.

Today, approximately two-thirds of its current operations are focused on armed conflicts in Muslim contexts. In these contexts, Islamic law can provide useful references and insights to help protect people affected by conflict.

From 29 to 30 October 2018, the first global expert workshop on IHL and Islamic law in contemporary armed conflicts took place in Geneva, organized by the Advisory Service on IHL. The expert workshop brought together around 30 of the world's leading experts in Islamic law and IHL. It provided an opportunity to address and exchange views on a number of specific challenges related to IHL in contemporary armed conflicts.

Discussions focused on the conduct of hostilities, the protection of health care, detention in armed conflict, special protection for children and proper and dignified management of the dead. This workshop highlighted that there are clear convergences between IHL and Islamic law of armed conflicts. For instance, the two regimes provide protection for civilians and non-combatants both against direct targeting and during detention.

The main challenge is shared by both regimes: how to ensure that the existing rules are implemented and respected. The discussions also underlined the importance for the ICRC to engage with religious circles to successfully provide protection and assistance. Finally, the dialogue offered many avenues for future cooperation that will be explored by the ICRC. In this respect, several participants stressed their commitment to develop research in this field and to establish courses on IHL and the Islamic law of armed conflict in their respective universities.

ICRC Director-General Yves Daccord and President Peter Maurer both met with the group of experts, to respectively deliver the welcome address and lead the closing discussion on the future of our engagement with Islamic circles.