Haiti: A new wing for minors at the civilian prison in Les Cayes 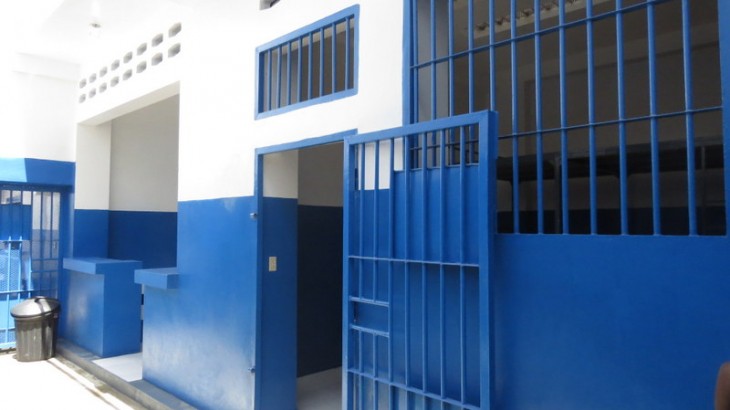 Port-au-Prince (ICRC) - In cooperation with the national prison service, the International Committee of the Red Cross (ICRC) has recently finished building a wing for juvenile detainees at the civilian prison in Les Cayes, in the administrative department of Sud. There are around a dozen or so minors currently in detention at the penitentiary institution in Les Cayes, which has more than 650 inmates in total.

As Thomas Ess, the ICRC head of delegation in Haiti, explained, "Having built a women's wing at the prison in 2014, we felt compelled to do the same for the juvenile detainees, in order to provide appropriate living conditions for this vulnerable group of inmates." Aurélie Gautier, the coordinator for ICRC protection activities in Haiti, said that the construction of the special wing addressed the need to protect minors by ensuring that they were separated from the rest of the prison population.

This project forms part of ongoing efforts, begun in 2011, to renovate and develop the civil prison in Les Cayes, in order to improve the living conditions of inmates. The renovated cell block can accommodate 18 juveniles. The sleeping area has been optimized through the installation of metal bunk beds, and the ventilation system meets the applicable standards. The multipurpose area adjacent to the cell block, which has been renovated and fully equipped, will - among its other uses - enable juvenile inmates to continue their education and to organize leisure activities in better conditions.

Stéphane Roche Mathias, head of the ICRC water and habitat team in Haiti, stressed that the ICRC had, once again, been able to draw on the expertise of the national prison service, whose logistics department had monitored the project until its successful completion.

Those attending the inauguration of the new wing included the director of the national prison service, the police commissioner for the administrative department of Sud, and the juvenile court judge from Les Cayes.
The ICRC, which has been active in Haiti since 1994, devotes much of its work to helping detainees. Since the beginning of the year, ICRC staff have visited more than 8,800 inmates in 10 prisons and police cells throughout Haiti. The ICRC remains committed to supporting the work of the national prison service and providing expert advice in the fields of water management, hygiene, sanitation, health and ensuring respect for judicial guarantees. 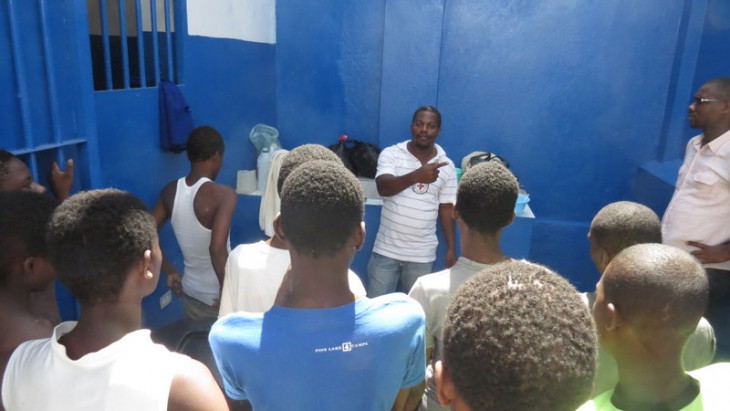 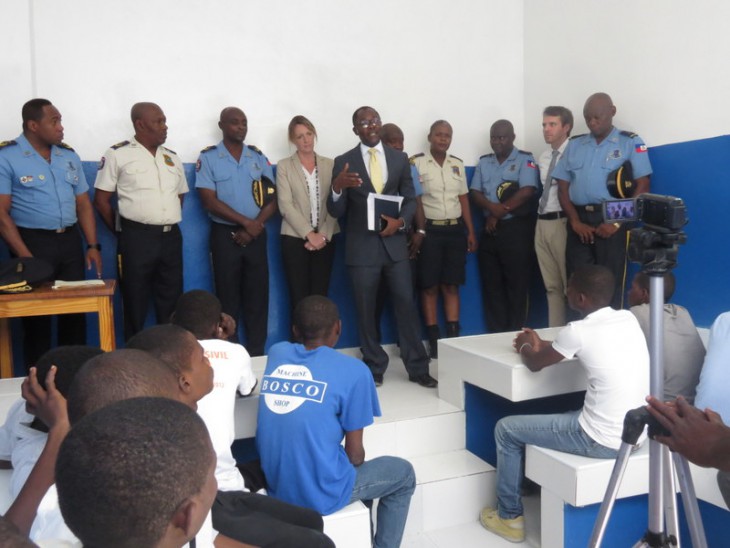