Rules of War (in a nutshell)

This year marks the 150th anniversary of the original Geneva Convention, the first set of rules to protect the sick and the wounded, as well as health-care personnel and facilities, during armed conflict. The four Geneva Conventions of 1949 are the cornerstone of international humanitarian law, which seeks to limit the effects of war; they also reaffirm the need to protect medical workers. However, these rules are often ignored, which is why violence against patients and medical personnel remains a major problem in armed conflicts today. 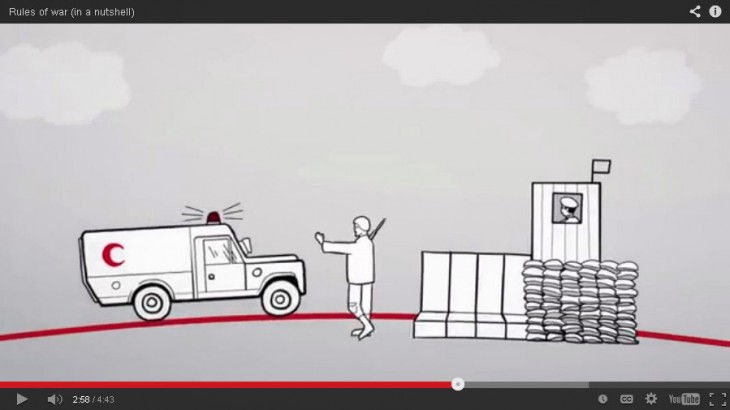 The ICRC has created a video titled Rules of War (In a Nutshell), which presents the essential elements of international humanitarian law, including the rules protecting patients and health- care workers, in less than five minutes. It is a perfect introduction to the subject for people of all ages and backgrounds, and is now available in English, French, Spanish, Arabic and Portuguese.

Health Care in Danger on the web

On 14 August 2014, membership in the HCiD Network went past the 500 mark, a figure we expected to reach at the end of 2015. From the beginning of the project, we wanted the members of our HCiD Community of Concern to be very committed, even if they were few in number. We are happy to see that our network is continuing to grow: every day, we add valuable organizations and individuals. Help the HCiD cause by inviting other organizations to join us!

ONLINE TIP:  Want to know other members of the HCiD community who are active in your country? Just go to "MEMBERS," click "Advanced Search," and then select the country of your interest.

9 -11 January 2015
Lebanese Red Cross : Safer Access training module, Lebanon
This course concentrates on training leaders of emergency medical services in taking decisions in conflict zones. It will be held in Beirut and will be supported by the Norwegian Red Cross. For more information, visit the  Lebanese Red Cross website.