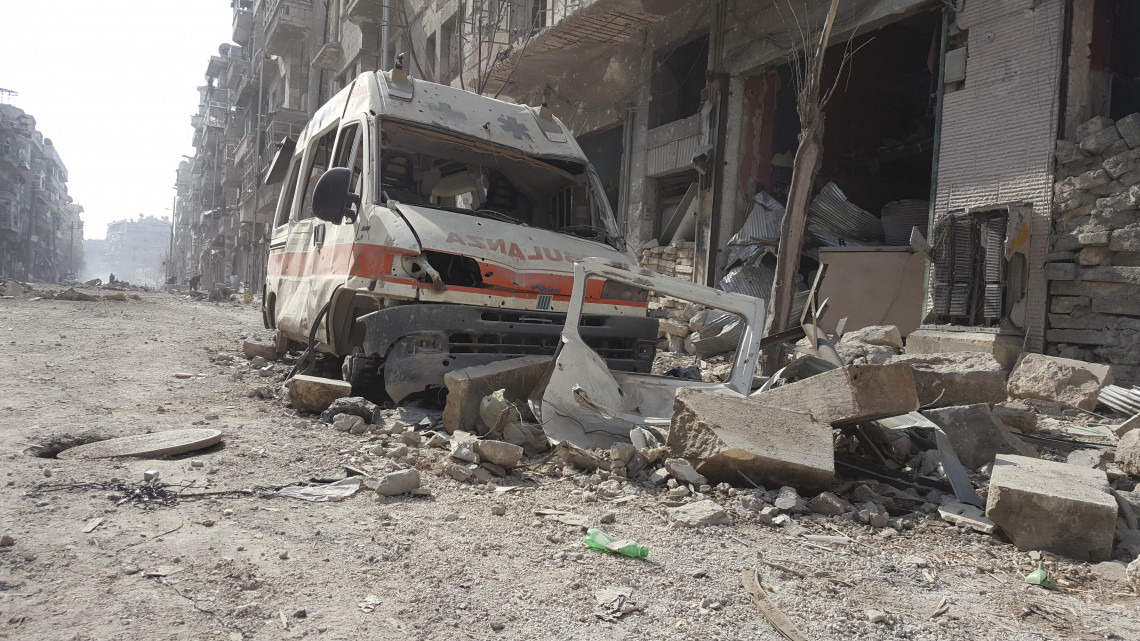 Geneva (ICRC) – Health-care providers and patients have suffered through thousands of attacks on health-care systems in the roughly five years since the UN Security Council demanded an end to impunity for such attacks, according to data recorded by the International Committee of the Red Cross (ICRC) in countries affected by conflict and other emergencies.
News release 03 May 2021

The attacks faced by health-care workers, the wounded and the sick included murder, rape, physical abuse, looting and the destruction of medical facilities and medical transport vehicles. Obstruction of health-care services – such as a vaccination campaign prevented from doing its work or an ambulance prevented from passing a check-point – were also tabulated.

The ICRC counted 3,780 attacks and cases of obstruction during the five years between 2016 and 2020, in an average of 33 countries each of those years. Two-thirds of the attacks and incidents were recorded in Africa and the Middle East. The countries with the most incidents recorded by the ICRC included Afghanistan, the Democratic Republic of the Congo, Israel and the occupied territories, and Syria. Due to the challenge of collecting such data in conflict zones, the ICRC's overall figure likely represents an undercount of the true number of attacks.

"The world has failed to make protecting the sick, the dying and injured a priority. Health care is at the forefront of current global attention, yet not enough is being done to protect health care workers and medical facilities," said ICRC President Peter Maurer. "Sadly, with each attack, more people are prevented from seeking out the health care they desperately need. Weapon bearers must respect the universal value of and right to health care enshrined in international humanitarian law."

On May 3, 2016, the UN Security Council adopted its first resolution on the protection of health care in conflict. Resolution 2286, supported by 80 states, included steps states could take to mitigate such attacks. Five years on, access to health care continues to be impeded due to a disregard for international humanitarian law and obstruction or criminalization of the provision of health care in some cases. Additionally, implementation of measures laid out in the resolution has been weak.

"There is a lack of political will and a crisis of imagination when it comes to protecting health-care providers and patients. States wishing to see this agenda advance should lead by example," said Maciej Polkowski, the head of ICRC's Health Care in Danger initiative, which seeks to ensure safe access to health care in armed conflict and other emergencies.

Efforts to reduce violence in health-care facilities do work. The ICRC partnered with hospital administrators in a South Asian country to reduce the number of guns carried into the emergency room. Five months into the programme, the number of guns intercepted before being brought into the ward increased from two to 42 per month, reducing risk for staff and patients.

Other positive examples include:

In El Salvador: The ICRC and the Salvadorean Red Cross Society brought together actors involved in the emergency medical response to victims of armed violence, resulting in improved coordination and an increase in health-care workers' skill levels.

In Lebanon: In Ein el Helweh, a densely populated Palestinian refugee camp where several armed groups operate, the ICRC was able to get several armed actors to sign unilateral declarations of respect for health-care systems and practitioners. The text of the declarations was developed jointly with the groups based on an ICRC template and some positive changes were immediately noticed.

Over the last year, the COVID-19 pandemic has further underscored the importance of protecting health care and health-care workers, both because of how crucial health workers are for societies, but also because new patterns of violence and stigmatization emerged. From February to July 2020, the ICRC recorded 611 violent incidents against health-care workers, patients and medical infrastructure associated with the COVID-19 response, about 50 percent higher than average.

To share just one example, in a rural health centre in southeastern Colombia, an armed group threatened a doctor who treated a COVID-19 patient who died. Those threats forced the doctor to move regions, depriving residents of care.

Violent attacks are harrowing for both patients and staff. Filippo Gatti was working as a pediatric nurse on an ICRC medical team in South Sudan when a fighter burst into the operating theatre and pointed an AK-47 assault rifle at his face, demanding to know if an enemy fighter was being helped.

"I took him to the door and showed him a woman on the operating table, a stroke of luck," said Mr Gatti, now the ICRC's chief nurse. "And he said, 'You have to leave. We are coming back and will kill everyone.' We moved and discharged the people we could, but indeed they returned and killed 12 bed-ridden patients, one of the most horrific cases of violence you can imagine.

"This group was not really thinking about the fact that we were there to treat everyone and anyone, white, red, blue, government or not government. At a certain point it will also be your turn in need of medical care." 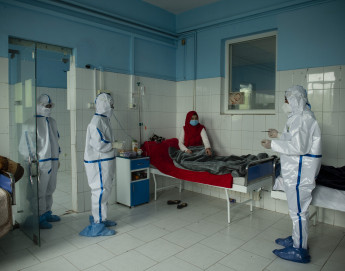 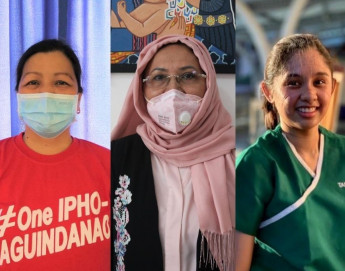