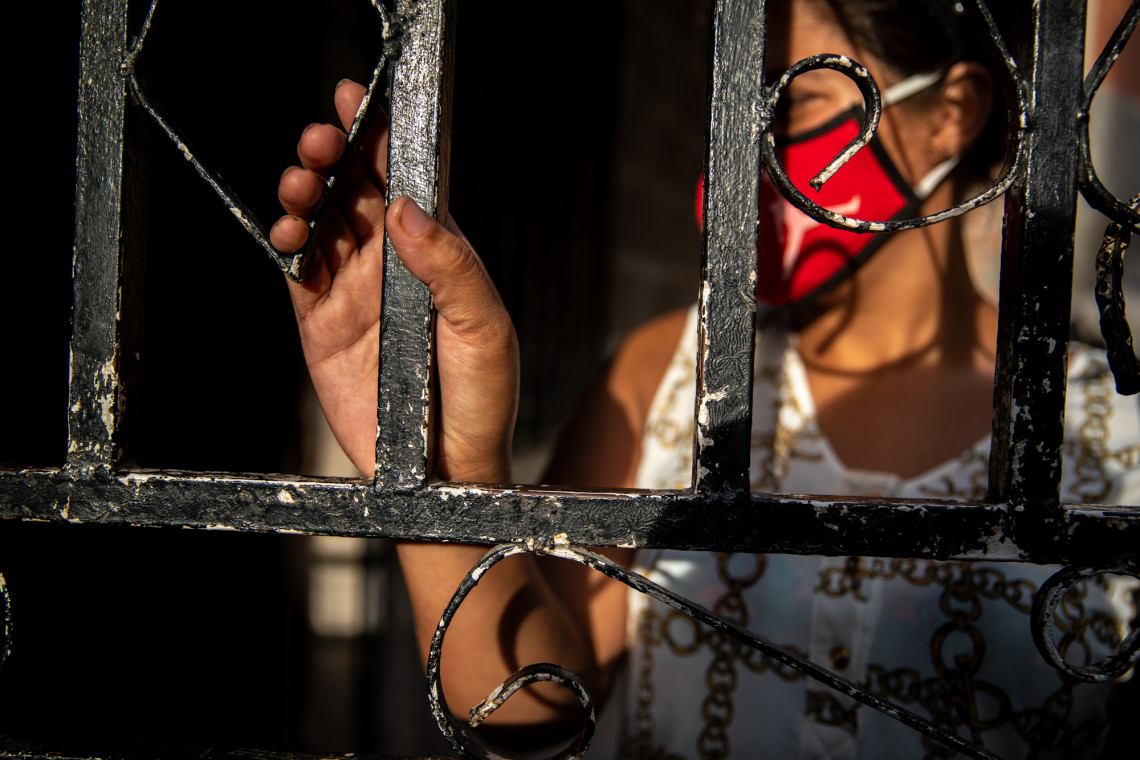 In Honduras, the humanitarian crisis unleashed by the pandemic worsened the one already in existence due to violence. Providing Honduran nationals with assistance and protection is critical in a country where the causes of violence are deepening every day.
Article 13 January 2021 Honduras Mexico

By Karim Khaallayoun, Head of Mission of the ICRC in Honduras

Generalised violence is the main cause of internal displacement in Honduras. The presence of groups linked to criminal activities, organised in maras or gangs, as well as the territorial dispute of gangs dedicated to drug trafficking, are the great drivers of this violence. The two main cities in the country, Tegucigalpa, the capital, and San Pedro Sula, an industrial city, have appeared in recent years at the top of the list of the most violent cities in the world, with homicide rates ranging between 40 and 55, respectively, for every 100,000 inhabitants.

The increase in crime and violence, the fragile institutional framework, and the deepening of inequalities in one of the poorest countries in America (Honduras ranks 132 out of 189 countries in the human development index, with a poverty rate of 71 percent) all contribute to the high figures of internal displacement and migration, which are two interconnected phenomena. Many of those internally displaced by violence, not finding alternatives for subsistence or ways to protect their lives within the country, decide to migrate to the United States either individually or in migrant caravans.

The government of Honduras has recognised since 2013 the problem of forced displacement due to violence in the country. To address its impact, the Inter-Institutional Commission for the Protection of Persons Displaced by Violence (CIPPDV) was created. Its objective is to "promote the formulation of policies and the adoption of measures for the prevention of forced displacement by violence, as well as the attention, protection and solutions for displaced people and their families."

The CIPPDV carried out a characterisation study to identify the profile of persons displaced by violence and register the statistics and impact of the displacement. At the end of 2019, the numbers indicated that between 2004 and 2018, 247,090 persons had been internally displaced due to violence, which is equivalent to 2.1 percent of the population of Honduras. 69 percent of displaced persons are concentrated in the most populated urban areas of the country.

The global report "Displaced in Cities," published by the International Committee of the Red Cross (ICRC), indicates that in the last twenty years, the number of persons worldwide forced to move within their own country because of armed conflicts and other situations of violence rose steadily, equating to 40 million internally displaced persons in 2016.

The study considered the city of San Pedro Sula in northern Honduras, due to its high levels of violence and displacement. Most of the persons included there were displaced for resisting extortion by the maras and gangs, while others had received direct threats for being linked to their threatened relatives. All had tried to leave Honduras for Mexico or the United States but had not been able to cross the border or had been deported.

A bill to address the problem of internal displacement was officially presented to the National Congress of Honduras on 27 March 2019. This legal framework would grant powers to implement a public policy on internal displacement at the central and local levels. However, this bill remains shelved and has not even been discussed due to a lack of political interest.

As a humanitarian institution, the ICRC supports the proposed bill and the efforts of the CIPPDV. Meanwhile, the ICRC has implemented a route of care for displaced persons, focusing on assisting migrants returned from Mexico and the United States with protection needs, as well as those who have not yet crossed the border. More than a thousand internally displaced persons have received assistance from the ICRC, consisting of relocation and transportation costs, food allowances, temporary accommodation, support for productive micro-projects, physical and mental healthcare, and access to education. The ICRC's goal is to support persons to move away from the zone where there is a great risk to their lives and physical and psychological integrity due to death threats. The aim is to relocate these persons to a safer location, where they can advance in the reconstruction of their life projects.

However, the response from both the ICRC and other humanitarian institutions is temporary and insufficient. Therefore, a better long-term vision is required to meet the needs of the affected communities and address individual vulnerabilities, strengthening the state's response.

On the other hand, the COVID-19 pandemic has also represented a challenge in the way the ICRC provides assistance, since one of the first needs of displaced persons is the search for shelter and safe spaces. Traditionally this process involved consideration of the protection measures for their lives and integrity. It now also involves avoiding the risk of contagion and the impact on the health of the displaced. In addition, the ICRC must consider restrictions on the movement of people, border closures, and migration policies of other countries that impact the search for international protection.

The need to protect internally displaced persons is more necessary today than ever. For this, humanitarian institutions must achieve a fundamental balance of responding to the immediate needs of the displaced population without neglecting the structural causes that may be exacerbated by the impact of COVID-19.

Passing the law for the protection of persons internally displaced by violence would be a great step on the road to a durable solution. The more than 247,000 displaced persons deserve it.