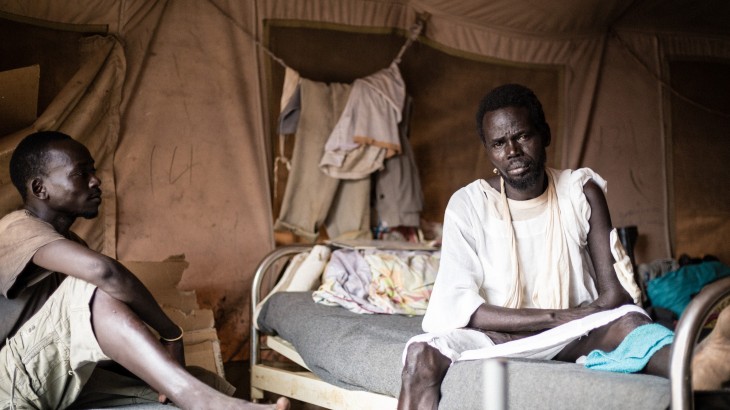 The humanitarian situation in South Sudan today is rapidly deteriorating. The numbers of people affected run into the millions and comprise a significant proportion of the country’s population.

The impact of the conflict has gone far beyond the frontlines of war: sparking food shortages, an economic crisis and causing a massive displacement of people.

Last month, I visited ICRC operations in Juba, Jonglei, Old Fangak and Wau, as well as refugee camps in neighbouring Uganda. I saw widespread suffering, compounded by the recent surge in fighting. And I grow increasingly concerned at the violations of International Humanitarian Law by all sides and the brutality being dealt out to civilians.

Indiscriminate attacks, targeted killings, forced disappearances, systematic rape and other forms of sexual violence are the realities of life in war-torn South Sudan.

Ongoing violence is causing massive displacement, uprooting almost a third of the population. Some flee in fear and others are forced, in contravention of international humanitarian law.

Even in places where frontline fighting has subsided, there remains a general climate of fear and intimidation for those left behind. Targeted attacks continue, fuelling insecurity and making a normal life all but impossible.

Medical needs are rising, and ICRC has seen an increase in the number of medical evacuations and wounded treated in ICRC-supported hospitals. With enormous health needs, and scarce facilities, it is shocking that we see health workers and life-saving medical facilities come under attack.

ICRC remains very concerned about the killing, intimidation and obstruction of health workers and patients, and the looting and armed intrusion in hospitals by various armed groups.

South Sudan is one of the most deadly places in the world for humanitarian workers. But we can never accept that this is acceptable, inevitable, or anything other than an outrageous violation.

As we meet, ICRC is grieving the recent loss of two of our colleagues, one from our delegation in Afghanistan, the other in South Sudan. We condemn these attacks, and the deaths of so many humanitarian workers.

"Despite the enormous difficulties and risks, ICRC continues its commitment to the people of South Sudan. It is our second largest operation, and our neutral, impartial approach means we can work in close proximity to people in both government and opposition-held areas."

But the fact remains that our work is unsustainable if political actors, including regional powers, do not step up to resolve the political crisis at the centre of the suffering. Without an engaged and determined effort to reignite the political process and a durable cease-fire, the humanitarian situation will only continue to deteriorate.

We also call on armed forces to end impunity for attacks against civilians and humanitarian workers:

We call on regional actors, as well as influential political and traditional leaders to do their part in engaging with all the parties to the conflict on the importance of compliance with International Humanitarian Law.

It’s time to start a new chapter in the troubled history of South Sudan: the people of this young nation deserve the opportunity to live in safety, dignity and peace.