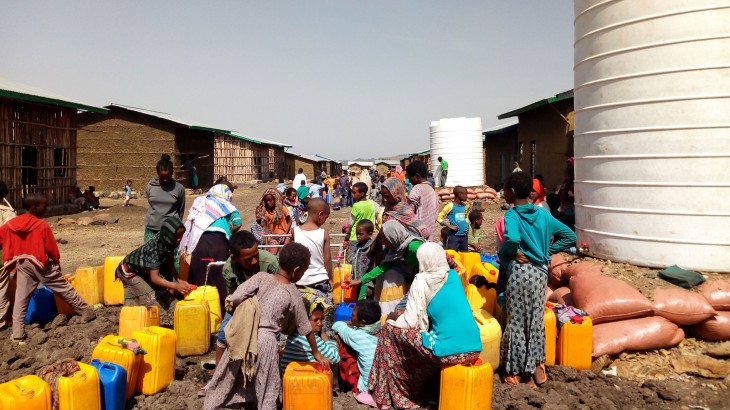 The ICRC has supplied four water tanks and built sanitation facilities for internally displaced people (IDPs) in North Ethiopia to help them get access to water and sanitation services.

Some 12,000 people displaced as a result of ethnic violence could benefit from the water and sanitation facilities built in Iyemba IDPs site in Central Gondar Zone of Amhara Region, remarked Mulat Mengiste, deputy coordinator of Water and Habitat Department with the ICRC delegation in Ethiopia.

Four water tanks with a 10,000 liter capacity each were among the facilities which were supplied and installed by the ICRC. Each water tank was connected to water distribution points with pipelines facilitating the distribution of water to the IDPs. 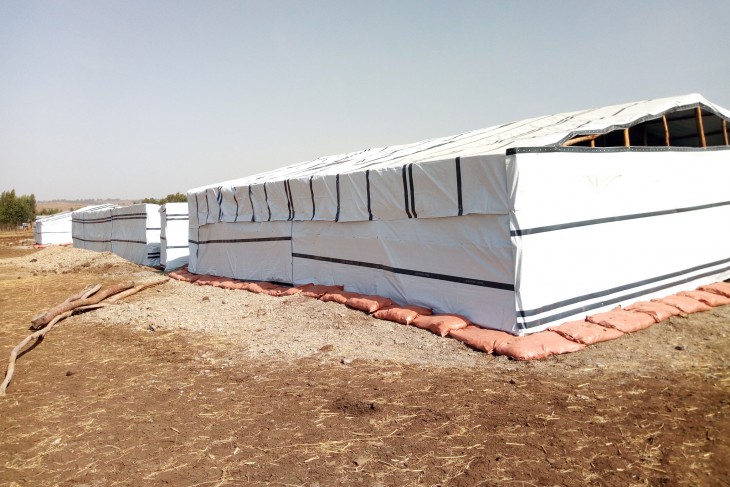 Earlier in the year, the ICRC, in partnership with the Ethiopian Red Cross Society (ERCS), had delivered non-food items consisting of plastic shelters, blankets, sleeping mats, jerry cans, kitchen sets and soaps to the displaced people sheltered in the same camp with an aim of addressing their immediate needs.

In Ethiopia, the ICRC provides direct assistance to displaced people, consisting mainly of essential goods, seeds and farming tools, and re-establishes basic services such as water and health care, with the objectives of protecting their lives and restoring livelihoods of community's affected ethnic violence.