The newly built facility, which will primarily be staffed by the Ministry of Public Health and Population (MoPHP) with some ICRC staff, will provide up to 5,000 people per year with a wide range of rehabilitation services. These include custom-made prostheses (artificial limbs) and orthoses (support for existing limbs that do not fully work), as well as wheelchairs, walking aids and physiotherapy to enable people to make use of their devices.

The Physical Rehabilitation Centre (PRC) replaces a facility that the ICRC had supported since 2017. The bespoke centre includes a dormitory building to provide free accommodation for up to 13 people who need to travel long distances to access the facility. The facility is intended to serve the needs of persons with disabilities from the governorates of Sa’ada, Hajjah, Amran and Al Jawf.

The ICRC will also provide some users of the PRC with grants to start their own businesses, vocational training, sports events and mental health and psychological support, as part of a transversal approach to facilitate continued inclusion in their communities.

“The loss of a limb can often lead to a sense of hopelessness. Physical rehabilitation centres like this show that with the right support, people with disabilities can regain independence and play active roles in society,” said Katharina Ritz, the ICRC’s head of delegation in Yemen.

While there are no reliable statistics for the number of people in need of rehabilitation services in Yemen, it is estimated that at least 4.5 million people have some form of disability. At least 460,500 are thought to require a mobility device while 153,500 require a prosthesis or orthosis.

However, services are few and far between in a country whose healthcare system has been decimated by successive conflicts over the last several decades. A lack of prosthetics and orthotics education also meant there was a lack of qualified professionals to support the number of people with physical disabilities.

In 2018, the ICRC and the concerned health authorities established Yemen’s first Prosthetics and Orthotics (P&O) training program, offering a four-year BSc program and an 18-month BSc upgrade program with 26 students currently studying in Yemen. Since 2004, the ICRC has also supported 53 students with scholarships to study P&O abroad.

For Rowaida, who lost her leg after stepping on unexploded ordnance, receiving a prosthesis at the Sa’ada PRC has been transformative. With her prosthesis and rehabilitation, “I got my life back,” she said. “I felt the entire world was mine and … now I can go anywhere I want. I had hope again.”

The Physical Rehabilitation Centre in Sa’ada is designed to provide prosthetic and orthotic services and the physiotherapy related to those receiving these devices. The centre’s services are for patients who need prosthetics and orthotics specifically: the centre does not treat all conditions that require rehabilitation, such as stroke, lower back, neck or joint pain.

The ICRC has been working in Yemen since 1962. It responds to the humanitarian consequences of armed conflicts and other situations of violence in the country through a multidisciplinary approach. This includes improving access to water, providing medical assistance, emergency relief and livelihood support, monitoring the treatment and living conditions of persons deprived of their freedoms, and promoting respect for humanitarian principles and international humanitarian Law, primarily among weapon bearers. The ICRC works with the Yemen Red Crescent Society as part of its Red Cross and Red Crescent Movement response. 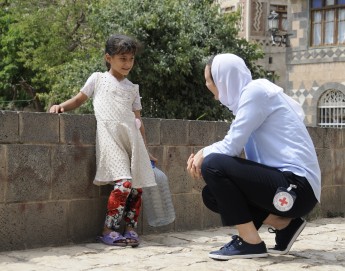 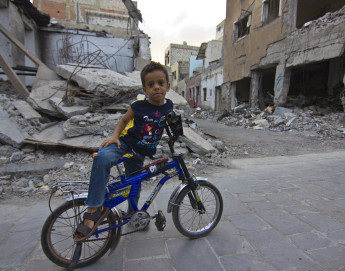