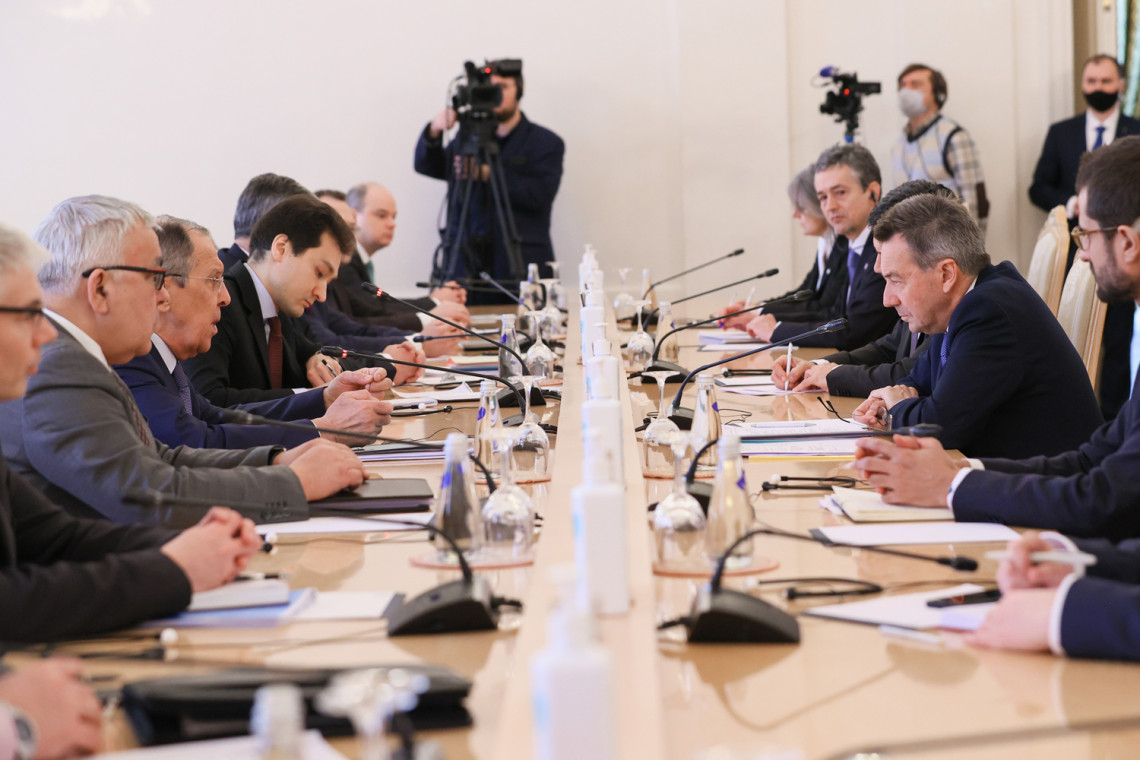 Moscow (ICRC) – Peter Maurer, the president of the International Committee of the Red Cross (ICRC), has completed a two-day visit to Moscow where he continued ongoing humanitarian discussions with the Russian authorities. As a neutral, impartial humanitarian actor, ICRC is mandated to speak with all sides of a conflict to advocate respect for international humanitarian law, or the law of armed conflict, to protect civilian life and to ensure aid is able to reach those most in need.
News release 24 March 2022 Russia Ukraine Syria

My conversations with Russian authorities are part of an existing and sustained bilateral dialogue between the ICRC and Russia on humanitarian needs and international humanitarian law. Last week I was in Kyiv and this week I was in Moscow; I have also visited the Donbas area several times. We speak to all sides with the same goal: saving lives and reducing suffering during armed conflict," said Mr Maurer. "In the face of enormous needs, ICRC is rapidly expanding our humanitarian assistance to all those affected by the armed conflict in Ukraine.

Safe passages: Mr Maurer stressed that the parties must facilitate movements of civilians out of cities where fighting is taking place, and also the need to allow humanitarian supplies in. The ICRC urges the parties to agree on more safe passages and specific details to make them happen - such as starting time, duration, location - to allow civilians to escape the fighting.

Protection of civilians and civilian infrastructure: The ICRC is concerned about the suffering inflicted on civilians when they are exposed to devastating levels of violence. Wherever they may be, civilians and those no longer directly participating in the hostilities remain protected by international humanitarian law. All civilian objects and infrastructure must be spared from attack, including hospitals, schools, water systems and electrical infrastructure. The principles of proportionality, distinction, and precaution must be followed and put into practice in military operations to limit civilian suffering.

Prisoners of war, civilian internees, and the missing: ICRC's right to visit prisoners of war and civilian internees is an essential part of the parties' obligations to protect civilians and those no longer fighting. The repatriation and dignified treatment of the dead on all sides of the armed conflict is vital, as is the need for families to know the fate and whereabouts of their loved ones. All sides of the armed conflict are bound to facilitate and benefit from this key humanitarian activity.

ICRC's assistance scale-up: ICRC has brought in over 300 tons of aid in recent weeks and trucks are transporting medical supplies and relief, for example war-wounded kits to hospitals in Odessa and hygiene and relief items to displaced people in Vinnytsia and Dnipro. In Lysychansk and Severodonetsk, 2.5 tons of food and hygiene items were donated to local shelters. In the Donbas area, the ICRC has supported access to water for over 1 million people and supported over 140 medical facilities since 2014. Last week in Donetsk the ICRC distributed materials to help repair five health centers and damaged homes.