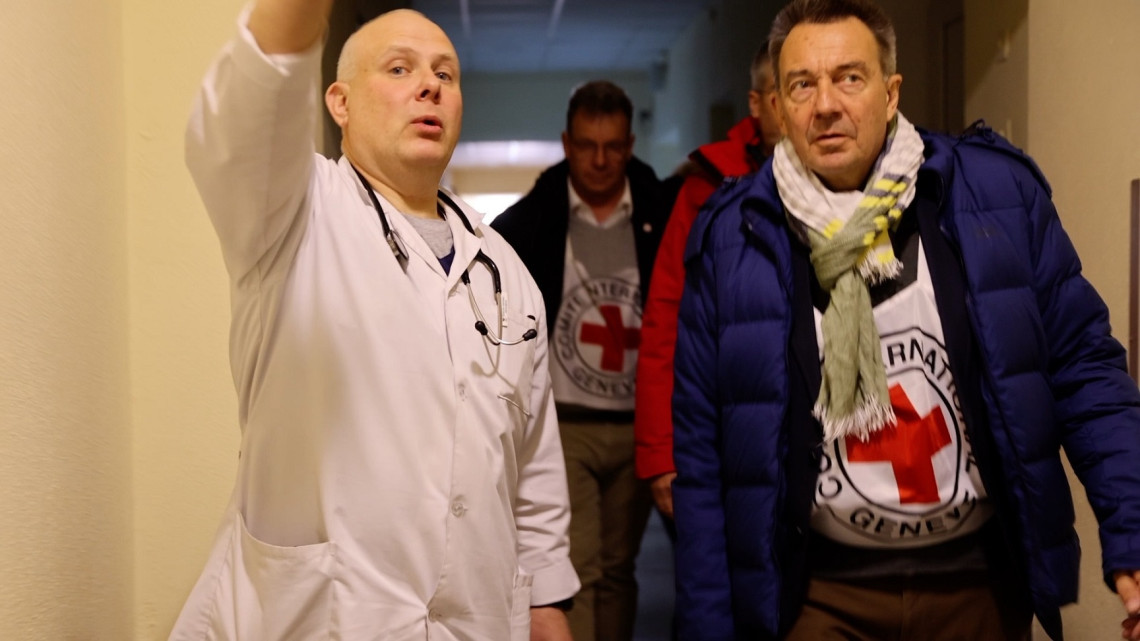 ICRC President: The suffering in Mariupol must not become the future of Ukraine

The following is a statement from Peter Maurer, the president of the International Committee of the Red Cross (ICRC), who is currently in Ukraine:
News release 17 March 2022 Ukraine

Kyiv (ICRC) – Driving toward Kyiv this week, the signs of conflict grew. First, lines of cars leaving, then bombed buildings, and finally an eerily silent capital city. We met a doctor who moved his wife and son into his hospital in Kyiv after their apartment was destroyed. The doctor continued his work as his son attended school online. New, heartbreaking images from Mariupol further underscored that the toll of conflict is heaviest on civilians.

I am in Kyiv this week to make an urgent plea to the parties to this conflict. They are the ones who can act now to bring real respite to civilians and people no longer involved in the fight.

I appeal to the parties to take every chance to build on small steps to alleviate suffering, like the glimmer of hope we saw this week in Sumy, when neutral humanitarians from the Ukrainian Red Cross Society and ICRC helped thousands of people – children, grandparents, patients -- leave harm's way. This glimpse of humanity is something we sorely need more of. But it saddens me that children are boarding buses into the unknown instead of boarding buses to their schools.

The devastation of this conflict has been vast. Even without a ceasefire, there are practical steps that the parties must take now by respecting international humanitarian law to limit civilian suffering:

During my time in Ukraine I met with Prime Minister Denys Shmyhal, Deputy Prime Minister Iryna Vereshchuk, Minister of Defense Oleksii Reznikov, Minister of Infrastructure Oleksandr Kubrakov and Kyiv Mayor Vitali Klitschko, to discuss humanitarian needs. I also met with the dedicated team members at the Ukrainian Red Cross Society, and my colleagues at the International Committee of the Red Cross; I'm immensely proud of the vital assistance they provide to people in need.

The ICRC has been serving people in Ukraine for eight years, helping to relieve the suffering in Donbas, which I witnessed during my last trip to Luhansk and Donetsk. That work won't stop now. We are now massively scaling up. Just this week over 200 tons of relief supplies – medical material, thousands of blankets, kitchen sets, tarpaulins arrived in the country. We have deployed dozens of additional staff to the region, among them medical workers, weapon contamination specialists, engineers, logisticians, and others who can make an immediate difference to people in need.

Civilians affected by the conflict in Ukraine are terrified of what the future holds. Families huddle in unheated basements knowing their neighbourhoods are now frontlines. Women and children walk through cold in search of shelter. The crisis, which comes on top of eight years of conflict, deepens by the hour.

Kyiv today is too empty, but the residents in hiding here mostly have running water, electricity, and access to medical care. In too many cities, families are trapped and struggle to find enough water and food to survive.

The suffering in Mariupol must not become the future of Ukraine.