Why States must sign and ratify the Treaty on the Prohibition of Nuclear Weapons: A plea for humanity

Speech given by Mr. Peter Maurer, President of the ICRC, at the signing ceremony of the Treaty on the Prohibition of Nuclear Weapons. 26 September 2018, UN, New York. 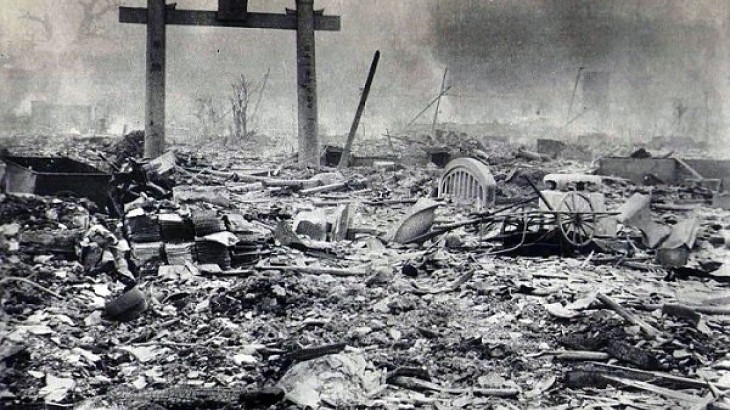 Hiroshima after the nuclear bomb explosion in 1945.

Fourteen months ago, 122 States took a courageous and historic step towards the elimination of the most terrifying weapon ever invented.

The adoption of the Treaty on the Prohibition of Nuclear Weapons was driven by the compelling evidence of the suffering on a massive scale that would be caused by the use of nuclear weapons, in terms of their immediate and long-term effects on people, societies, health-care systems and the environment.

The International Red Cross and Red Crescent Movement has borne witness to these catastrophic humanitarian consequences. The ICRC and the Japanese Red Cross saw these consequences first-hand as we attempted to assist the dying and injured in Hiroshima and Nagasaki in 1945.

The nuclear blasts wiped out these cities, instantly killing tens of thousands of people, obliterating medical facilities, and leaving behind appalling conditions for survivors.

Tens of thousands more died in the following years due to radiation poisoning, and for the last seven decades, Japanese Red Cross hospitals have been caring for thousands of survivors of radiation exposure and their descendants.

The Treaty on the Prohibition of Nuclear Weapons is a beacon of hope, a hope that humanity will one day be freed of the dark shadow of nuclear warfare, and the massive suffering which we all know would result.

The Treaty is an indispensable, and long-awaited, building block toward a world free of nuclear weapons. As with chemical and biological weapons, the elimination of nuclear weapons must begin with their de-legitimization.

The Treaty provides a solid foundation to achieve this goal:

It is now crucial to make the Treaty come to life as a new norm of international humanitarian law. The Treaty's success depends on the broadest possible adherence.

By signing and ratifying the Treaty, States are sending a clear signal that any use, threat of use or possession of these weapons is unacceptable in humanitarian, moral, and now legal terms.

The UN Secretary General warned in April that "The cold war is back ... but with a difference. The mechanisms and the safeguards to manage the risks of escalation that existed in the past no longer seem to be present".

States possessing nuclear weapons are modernising their arsenals in ways that will make them able to be used in a wider variety of contexts.

And yet, nuclear weapons – the use of which, even on a limited scale, would have catastrophic and long-lasting humanitarian consequences – cannot credibly be viewed as instruments of security. Most States today see nuclear weapons as a major source of insecurity for their populations and for future generations.

By signing and ratifying the Treaty on the Prohibition of Nuclear Weapons, States are fulfilling their responsibility to protect humanity from nuclear catastrophe, based on a vision of security without nuclear weapons, a security that is more viable and humane.

Our common humanity, our survival and that of future generations, depend on it.