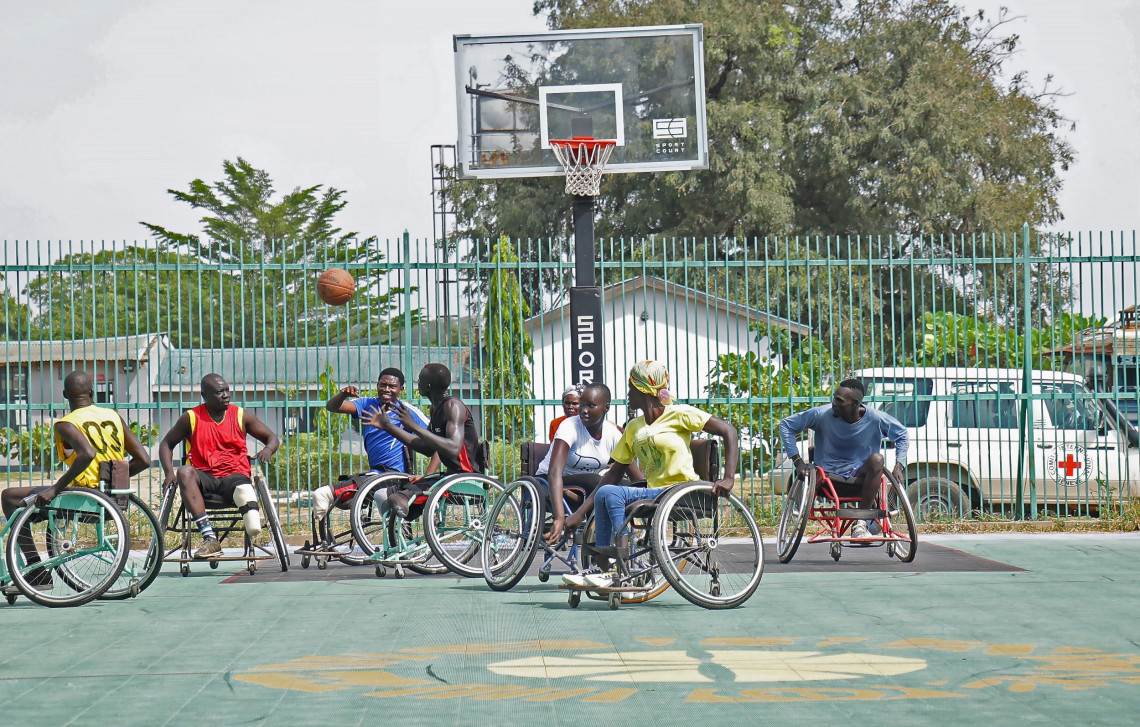 The 12-member team of four women and eight men will depart Juba for Kinshasa on the 2nd of December to play alongside the Democratic Republic of Congo and Niger. The ICRC has trained 152 wheelchair basketball players in South Sudan since 2012.

"We believe strongly that sports for people with disabilities are a powerful tool for inclusion. It highlights innovation geared towards an accessible and equitable world", says ICRC's Disability and Inclusion Advisor Mr. James Ochan.

Another notable ICRC event on diversity and inclusion in South Sudan is the Amputee football tournament, Which will be launched to mark the International Day of Persons with Disabilities on the 3rd of December. Since March, the ICRC's Physical Rehabilitation Program (PRP) trained 42 people with physical disabilities who will take part in amputee football. The tournament will take place at Nyakuron Cultural Center.

The team is trained by Simon Baker, an international expert in amputee football from Ireland. Mr. Baker who is the secretary general of the World Amputee Football Federation, launched the Amputee Football in Juba.

"Amputee Football is one of the fastest-growing disability sports in the world," Mr. Baker said. This is his second visit to Juba to train amputee football players. "It is great to be back in Juba with so many talented and inspiring players," he said. "Sports is a medicine and road for recovery, it really does break barriers, people living with disabilities are heroes if given the chance to see their potential"

The ICRC has been working in collaboration with the Ministry of Gender, Child, and Social Welfare for more than a decade and in close coordination with the Ministry of Sports and the South Sudan Wheelchair Basketball Association. A total of 2,787 people living with disabilities have received support from different services within the ICRC PRP-supported centers from January to October this year.