ICRC report on IHL and the challenges of contemporary armed conflicts 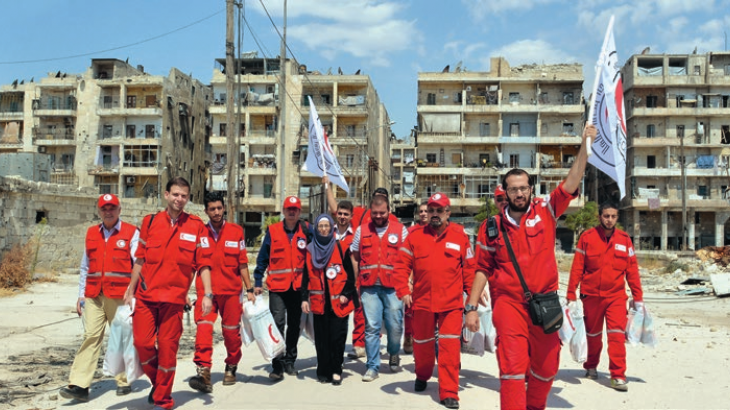 The 2019 report complements previous Challenges Reports, which the ICRC has been submitting to the quadrennial International Conference of the Red Cross and Red Crescent in 2003,  2007, 2011 and 2015.

Main topics of the 2019 Challenges Report

The needs of civilians in increasingly long conflicts
The protection of internally displaced persons; the protection of persons with disabilities; and access to education during armed conflict.

IHL and non-State armed groups (NSAGs)
The applicability of IHL to conflicts with multiple NSAGs; the protection of persons living in territory controlled by NSAGs; and detention by NSAGs.

Climate, armed conflict, and the natural environment
The effects of conflict on climate and the environment; the revised ICRC ‘Guidelines for the Protection of the Natural Environment in Situations of Armed Conflict’.

Enhancing respect for IHL
Guidelines on investigations in armed conflict; its ‘Roots or Restraint in War’ study; its work on ‘Support Relationships’, and its platform on ‘IHL in Action’.

Challenges Report - The Needs of Civilians in Increasingly Long conflicts