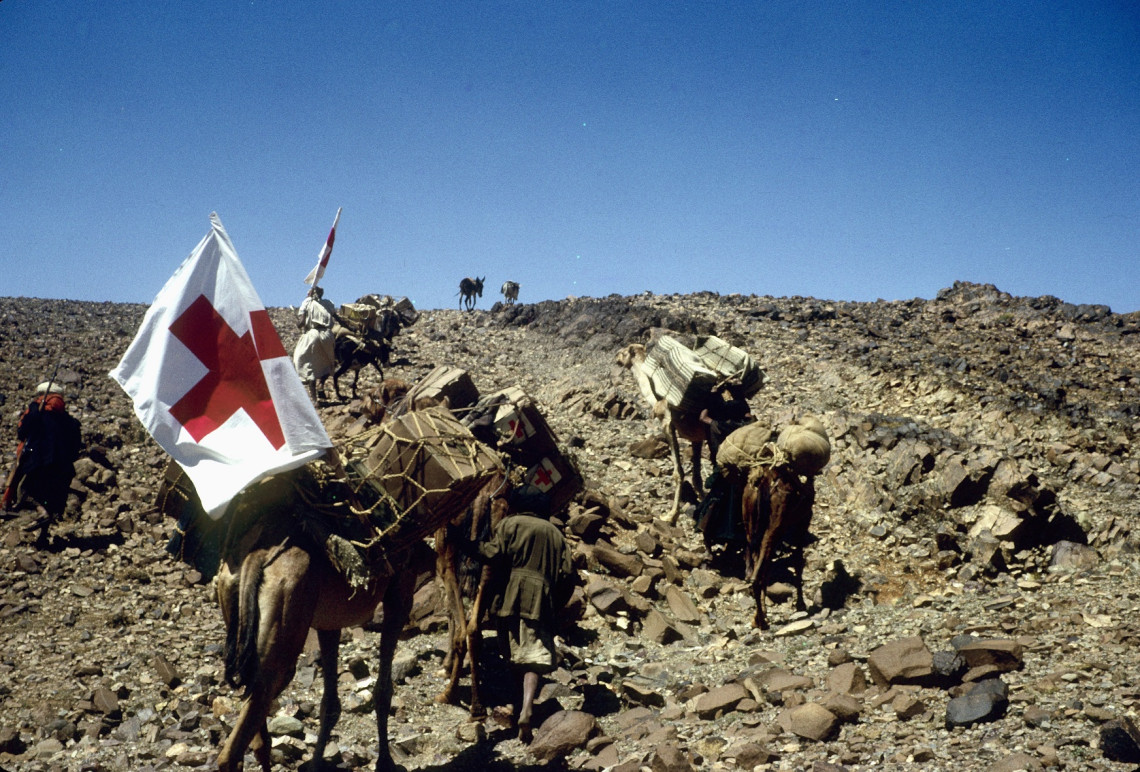 ICRC in Yemen: 60 years of impartial and independent humanitarian assistance in Yemen

Sana’a (ICRC) – The International Committee of the Red Cross (ICRC) is marking its 60-year anniversary in Yemen and remains committed to engaging constructively with state and non-state actors to facilitate much-needed impartial humanitarian action in Yemen.
News release 29 December 2022 Yemen

Since 1962, the ICRC has stood side by side with the Yemeni people during their most difficult moments, implementing a wide range of programs to assist victims of armed conflict and violence. Marking this 60-year anniversary, the ICRC reaffirms its commitment to continue its humanitarian operations across Yemen together with the Yemen Red Crescent Society (YRCS), its primary implementing partner for the past 50 years.

“The ICRC’s 60th anniversary in Yemen is an opportunity to reflect on the ongoing need for a faithful application of international humanitarian law (IHL),” says Katharina Ritz, the ICRC’s Head of Delegation in Yemen. “Eight years into the armed conflict in Yemen, violence and economic hardship has exhausted the population’s capacity to cope. It remains critical that all parties to the conflict uphold the rules of war and minimize harm to civilians. However, only a return to dialogue and a political solution can end the suffering of the Yemeni people.”

As the guardians of the 1949 Geneva Conventions, which govern the rules of war, the ICRC is an independent, neutral humanitarian organization that contributes to protecting humanity in war by promoting respect for IHL and its implementation in national law.

“Our work in Yemen has been solely guided by the principle of impartiality and people’s needs. We will continue to engage constructively with state and non-state actors to facilitate impartial humanitarian action in Yemen,” says Ritz. ‘’We thank the people of Yemen for welcoming us over the past 60 years and urge the international community not to overlook the humanitarian needs of the country.”

In view of the absence of a resolution to the conflict, coupled with growing economic woes, the climate crisis and reduced funding for humanitarian and development work, Yemen’s humanitarian situation is not expected to improve in 2023. Next year, an estimated 21.6 million people will require humanitarian assistance and protection services, according to OCHA.

ICRC Response in Yemen during 2022:

In 2022, the ICRC, together with its national partner the Yemen Red Crescent Society, focused its Yemen activities on health, economic security, water and protection. From January to June 2022, the ICRC provided material, technical, and financial support to 58 health facilities, benefiting more than one million people across the country.

In the first six months of 2022, the ICRC visited more than 15 detention facilities across the country, providing much-needed support to people deprived of their freedom. The ICRC also helped in repatriating 119 detainees from Saudi Arabia to Yemen and distributed more than 1,000 Red Cross messages to reconnect people with loved ones.