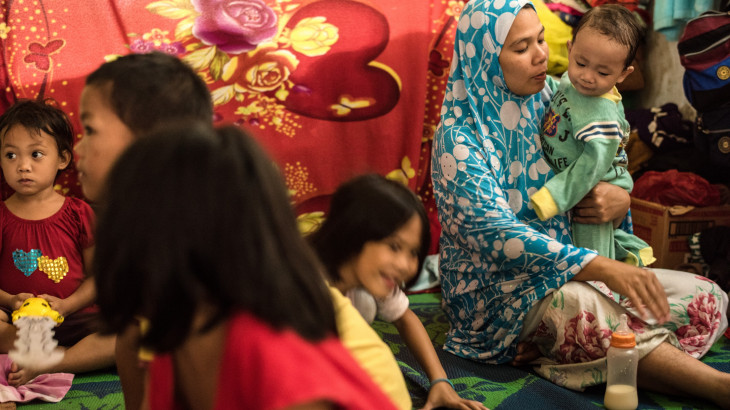 As we commemorate International Humanitarian Law Day on this day, 12 August, we recall the Geneva Conventions which came into being on this same day, 12 August, 71 years ago, in the aftermath of the Second World War.

The Geneva Conventions are among the very few international treaties that have been ratified by all countries around the world. They reflect more than just law, embodying universal values of ethical behavior during wartime. This set of rules seeks, for humanitarian reasons, to limit the effects of armed conflict, protecting persons who are not or no longer participating in hostilities and restricting the means and methods of warfare. This includes the obligation to care for all wounded and sick, regardless of whether they are wounded fighters of non-state armed groups, members of the State’s armed forces or civilians.  The rules of IHL continue to apply in their entirety during the current COVID-19 pandemic. In fact, respect for these fundamental rules is even more important today, to ensure that all those affected by the double threat of COVID-19 and armed conflict are respected and protected.

It is up to all states parties to the Geneva Conventions to respect and ensure respect for IHL treaties. This includes passing domestic legislation and taking concrete steps toward implementation at national level. The Philippines has ratified the Geneva Conventions and their Additional Protocols, and it has also passed three domestic IHL laws, notably Republic Act No. 9851 (the Philippine Act on Crimes Against IHL, Genocide, and other Crimes Against Humanity), RA 10530 (the law protecting the Red Cross and Red Crescent Emblems), and most recently, RA 11188 (the Special Protection of Children in Situations of Armed Conflict Act). This Act provides extensive protection to children who find themselves caught up in armed conflict.

This particular month of August 2020 is also significant in terms of IHL because it marks 75 years since two atomic bombs were dropped on Hiroshima and Nagasaki. In 2017, the Philippines was one of the signatories of the Treaty on the Prohibition of Nuclear Weapons (TPNW). Only seven more ratifications are needed for the treaty to come into force. By choosing to join a growing number of states that have ratified the TPNW, the Philippines has the opportunity to increase the likelihood of the treaty coming into force this year, thereby honoring the memory of the hundreds of thousands of victims and ensuring that the world can truly say ‘never again’.

This year’s IHL Month theme is “Preserving Human Dignity in Times of Armed Conflict: A Shared Responsibility.” Since 1949, the Geneva Conventions have supported the work of humanitarian organizations like the International Committee of the Red Cross (ICRC) whose exclusively humanitarian mandate is precisely that: to preserve human dignity through its protection and assistance activities conducted in conflict-affected regions around the world.

In the current context where many countries, including the Philippines, are tightening their counter-terrorism measures, it is important to exclude from the scope of such laws, humanitarian activities that are carried out in accordance with IHL in conflict-affected areas, by neutral, independent and impartial humanitarian organizations like the Philippine Red Cross or the ICRC. Such a humanitarian exemption clause was included under sec. 13 of the new Anti-Terrorism Act (RA 11479). The ICRC is hopeful that the Philippine Authorities will implement the Act in conformity with IHL and that the interpretation given to section 13, particularly in the Implementing Rules and Regulations, will ensure exemption of all assistance and protection activities carried out by the ICRC and other impartial humanitarian actors as foreseen by the Geneva Conventions of 1949 and their Additional Protocols of 1977.

On behalf of the ICRC, may I offer our appreciation to the 2020 chair of the IHL Ad Hoc Committee the Department of National Defense, and to its co-chair, the Department of Foreign Affairs, as well as the various Committee members for their continued commitment to the promotion and implementation of IHL in the Philippines, now more than ever as the committee has taken steps to institutionalize itself in the form of a permanent body.