Protect all humanity by ratifying the nuclear weapon ban treaty 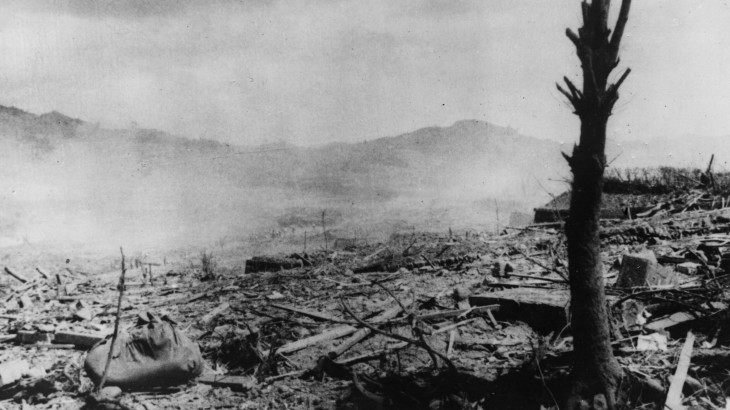 Joint statement of Philippine Red Cross and International Committee of the Red Cross on the 75th anniversary of the Hiroshima and Nagasaki blast.

On this day 75 years ago, an entirely new type of weapon exploded above the Japanese city of Hiroshima. Within a fraction of a second, a massive dome of fire filled the sky. The intense heat of the explosion eclipsed the center of the coastal city, immediately vaporizing all living things. A millisecond later, a violent supersonic blast wave expanded outwards from the fireball in all directions, levelling most of the city and its 340,000 inhabitants to the ground.

A few weeks later, Fritz Bilfinger, a delegate of the International Committee of the Red Cross (ICRC), arrived in Hiroshima to assess the damage. The telegram he sent back to his colleagues in Tokyo painted a chilling picture: “City wiped out; eighty percent all hospitals destroyed or seriously damaged; inspected two emergency hospitals, conditions beyond description, full stop; effects of bomb mysteriously serious, stop.”
It would later emerge that the explosion had instantly killed tens of thousands of people and inflicted unspeakable suffering upon many others. Three days after the bombing of Hiroshima, on 9 August 1945, the new weapon would again unleash its terrifying power, this time to kill and injure 60 per cent of the population of Nagasaki, another Japanese city.
In the following months and years, despite the best efforts of the ICRC and the Japanese Red Cross Society to assist the victims, tens of thousands more would die from the bombs’ long-lasting effects. Disturbingly, the explosion has continued to kill and injure up until this day, each year causing cancers and other deadly illnesses in those who found themselves in its vicinity.
Throughout history, the international community has taken decisive action to prohibit and eliminate weapons that have unacceptable humanitarian consequences. The unspeakable suffering and devastation witnessed in Hiroshima and Nagasaki led the ICRC and the wider Red Cross and Red Crescent Movement to advocate that nuclear weapons must never be used again and prohibited under international law. The Senate of the Philippines, through the efforts of the undersigned Richard Gordon, adopted Senate Resolution No. 47 in 2017 expressing full support to the Red Cross and Red Crescent Movement’s call to ban and eliminate nuclear weapons.
In 2017, 122 States including the Philippines responded to the evidence of the immense suffering resulting from any use of nuclear weapons by adopting the landmark Treaty on the Prohibition of Nuclear Weapons (TPNW). The TPNW includes a comprehensive set of prohibitions on participating in any nuclear weapons activities, including developing, testing, producing, using or threatening to use them. Three years later, this treaty needs an additional 10 ratifications to enter into force.
But why is such a treaty needed, 75 years after the atomic bombings of Hiroshima and Nagasaki? This is because there are still nearly 14,000 nuclear weapons in the world, thousands of which are at “hair-trigger” alert, ready to be launched at a moment’s notice.
The use of even a fraction of these weapons would cause long-term and irreversible effects on human health, the environment, the climate and food-production — that is, everything that life depends on — threatening future generations and the very survival of humanity.
Any use of nuclear weapons would generate colossal humanitarian needs that no government or international organization has the capacity to respond to. Who, then, will assist the victims of a nuclear explosion, and how? What we cannot prepare for, we must prevent.
Last year, the 70th anniversary of the Geneva Conventions, the foundational instruments of international humanitarian law (IHL), provided a forceful reminder that even wars have limits. Military needs can never justify using inhumane or indiscriminate weapons. There is little doubt that adherence to the TPNW will help protect future generations and be a turning point in our efforts to end the era of nuclear weapons. The Philippines can play a leading role in achieving this goal.
By signing the treaty in 2017, the Philippines became one of the flagbearers for this important convention. In now joining a growing number of states in ratifying the TPNW, the Philippines can increase the chances of the treaty coming into force, thereby honoring the memory of the hundreds of thousands of victims of Hiroshima and Nagasaki.
Sen. Richard J. Gordon
Chairman and CEO
Philippine Red Cross
Boris Michel
Head of Delegation
ICRC Philippines
Share on Twitter Share on Facebook Share on LinkedIn Share on WhatsApp