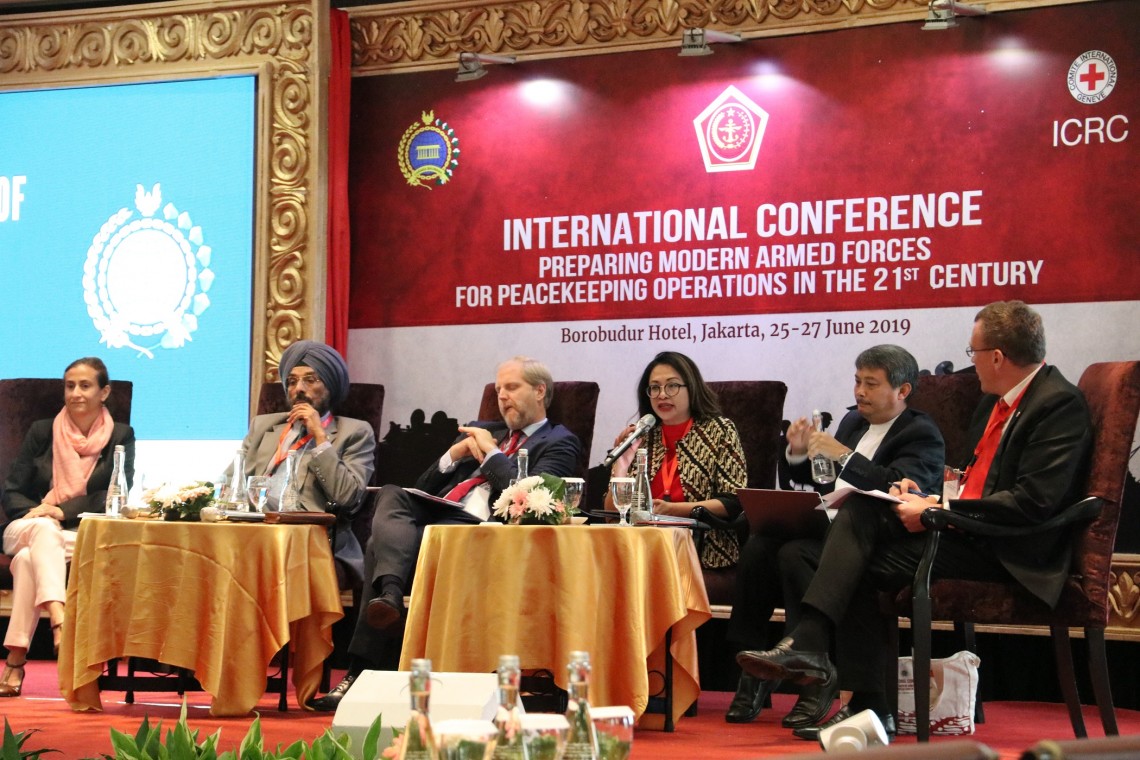 Protection of civilians was at the core of the international conference on Preparing Modern Armed Forces for Peacekeeping Operations in the 21st Century co-organized by the International Committee of the Red Cross (ICRC) and the Indonesian Armed Forces (TNI), with support from the Indonesian Ministry of Foreign Affairs, in Jakarta, Indonesia, from 26 to 27 June 2019.

The conference highlighted contemporary issues and challenges in modern-day peacekeeping operations, including the protection of civilians and medical services and the role of female peacekeepers. 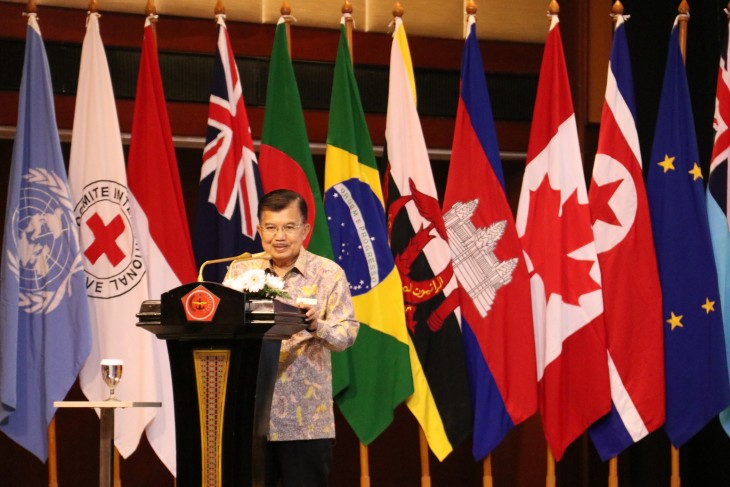 The conference was officially opened by the Indonesian vice president Muhammad Jusuf Kalla on 25 June 2019, while keynote speeches on Contemporary Issues & Challenges in Modern Peace Operations were delivered by AM Fachir, the Indonesian vice minister of foreign affairs, Jean-Pierre Lacroix, the United Nations under-secretary general for peace operations, and Robert Mardini, the ICRC permanent observer to the United Nations.

Indonesian vice president, Jusuf Kalla, during the official opening on 25 June 2019, emphasized that the UN peacekeeping is an example of international collaboration under the UN flag, that has played an important role in efforts to resolve various conflicts in the world.

"As a multinational force with personnel coming from various UN member states, the effectiveness of UN peacekeeping will largely be determined by the effectiveness of its contributing countries. I, therefore, welcome the topic of the conference, which is timely and relevant." 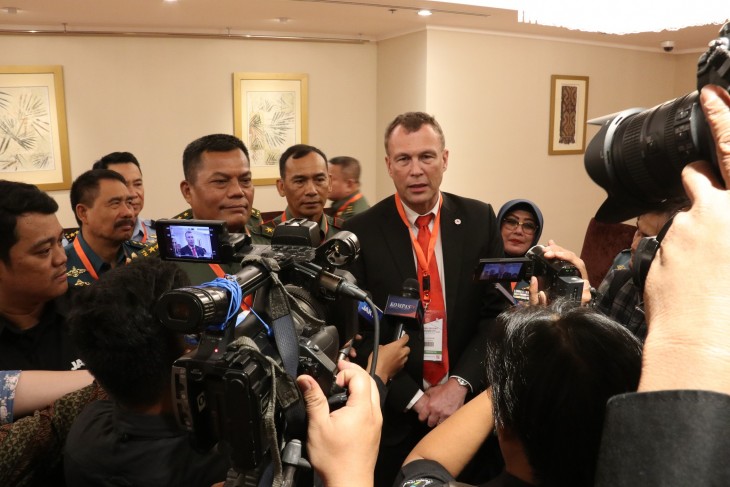 The head of the ICRC regional delegation to Indonesia and Timor-Leste, Alexandre Faite, stressed the importance of establishing a forum to openly discuss experiences, challenges and lessons learnt from peacekeeping operations.

"Over the years, the ICRC has observed the evolution of humanitarian issues and challenges on the ground. Through platforms like this meeting, we strive to engage with member States, military officials and humanitarian community on such critical issues. We are glad to see Indonesia take this issue so seriously under the framework of its mandate in the United Nations Security Council for 2019–20."

In his statement, the commander-in-chief of the Indonesian Armed Forces air chief marshall Hadi Tjahjanto underlined the importance of developing regional and global cooperation in order to provide protection to civilian population and medical personnel during armed conflicts as well as to increase the role of female peacekeepers in the global peacekeeping operations.

It is essentially important for us to pay particular attention to the humanitarian aspect of the Multi Domain Battle (MDB) which combines weaponry technology for land, sea and air warfare all at once in a military operations, says Indonesian Armed Forces Air Chief Marshall, Hadi Tjahjanto.

This conference marks the 20 years of cooperation between the ICRC and the TNI on dissemination of international humanitarian law (IHL) for TNI's officers and gathered 145 military officers and defense attachés from 28 countries. The dialogue between the two organizations has developed over the years, with the IHL dissemination programme reaching over 20,000 Indonesian military officers.