International Conference on the Convention on Certain Conventional Weapons 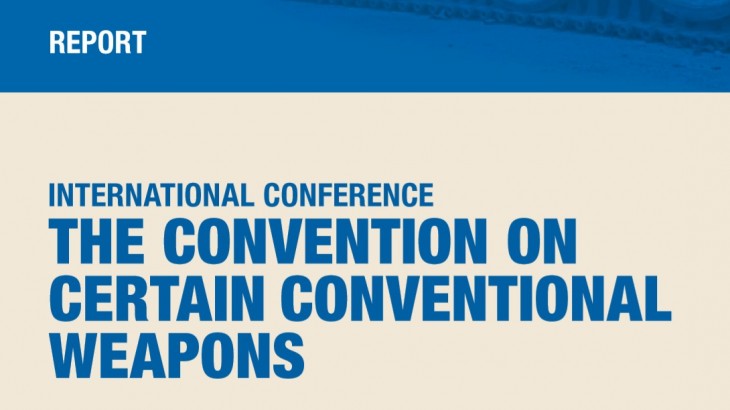 The International Conference on the Convention on Certain Conventional Weapons (CCW) took place in New Dehli from 5 to 6 December 2017. The objectives of the conference were the universalisation and adherence to the CCW and its Protocols and their enhanced implementation in order to ensure respect for International Humanitarian Law (IHL). The ICRC has been closely involved in the processes that led to the CCW and its Protocols, consonant with its long-standing role to promote the strengthening of IHL rules.

The Conference was organised with the support and guidance of the Ministry of External Affairs (MEA), India. The Conference drew over 50 participants from 24 States covering the Asia region, the Gulf, and East Africa as well as experts from four international institutions — United Nations Office of Disarmament Affairs (UNODA), Geneva International Centre for Humanitarian Demining, South Asian Association for Regional Cooperation (SAARC), and Asian African Legal Consultative Organization (AALCO). It provided a valuable forum for exchange on CCW from a military, legal and humanitarian perspective among senior government officials and experts working in these sectors.