Iraq: Hundreds of thousands of people remain missing after decades of war, violence 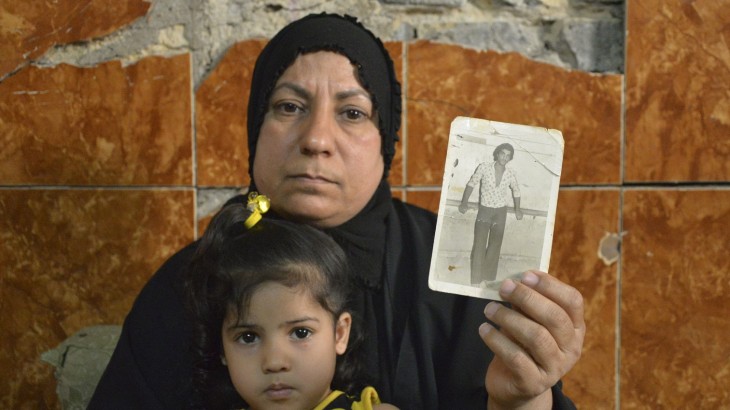 Baghdad (ICRC) – The families of hundreds of thousands of missing Iraqis marked the International Day of the Disappeared on Friday, as the office of Iraq's Prime Minister pledged to support relatives and investigate cases.

Iraq has one of the highest number of missing people in the world, the result of decades of conflicts and violence. Nearly every Iraqi family is personally affected or knows someone who is.

"We see first-hand the heartbreaking emotional aftermath of a missing parent or child. Families never cease their anxious search for information," said Katharina Ritz, head of delegation in Iraq for the International Committee of the Red Cross (ICRC).

The office of Iraq's Prime Minister, during a joint appearance with ICRC to highlight the Day of the Disappeared, said that "Iraqis have suffered for too long from the successive armed conflicts" and that the government "will spare no effort to continue to look into the fate and whereabouts of these missing persons and to bring hope and support to their families."

Thousands of Iraqis have gone missing, many presumed dead, in violence in recent years. One family told an ICRC team of the agony of searching for answers after Nabil Saleh, a 28-year-old father of three, went missing during an attack in 2014.

"There wasn't a single place I didn't go to look for him - mass graves, morgues, everywhere. I just need a grave to visit if he is dead. That's not too much to ask," said Salah Jafaar, 53.

The issue is a global one, exacerbated by armed conflict and violence, natural disasters and migration. The ICRC is currently following the cases of 145,000 missing people worldwide, though this figure is only a fraction of all the people believed to be missing worldwide.

People who live for decades without answers about their loved ones face devastating consequences, including emotional suffering, economic hardship, and administrative and legal hurdles.

"When a person goes missing, their family suffers unimaginable anguish and distress, so clarifying the fate of missing people is a humanitarian act," said Martin Schuepp, the ICRC's director for Europe and Central Asia. "Reconnecting families is as important to our mission as providing food, shelter or water. People we assist frequently tell us that their absolute priority is to learn if their loved ones are safe."

Audiovisual material, including an interview with Salah Jafaar about his missing son, will be available for download later Friday on the ICRC Newsroom.

Katharina Ritz, head of delegation of the ICRC in Iraq, is available for interviews from Baghdad. To arrange an interview, please contact Salma Oda at +964 790 191 69 27 or soda@icrc.org.