Joint statement of the Tripartite Commission 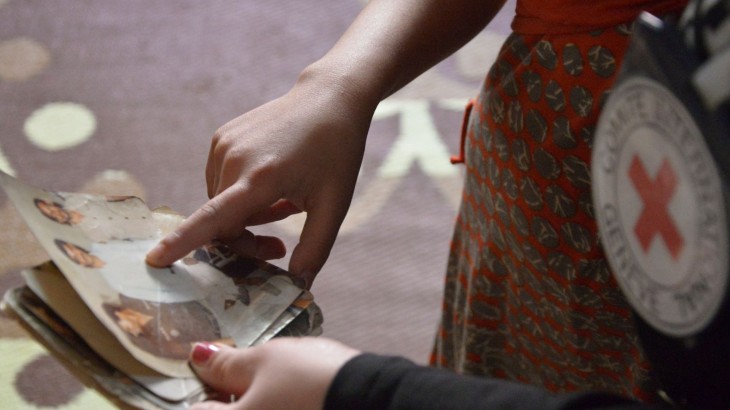 Portrait of a family, one of their relatives has been missing since the Iraq-Kuwait war in Baghdad. CC BY-NC-ND / ICRC / AlHamzah Jawad

More than 28 years after the end of the 1990–1991 Gulf War, families of missing people in both Kuwait and Iraq still do not know the fate and whereabouts of their relatives.

The recent recovery of the remains of a number of people in Al-Muthanna Governorate, Samawa district, in southern Iraq, thought to have gone missing during the conflict offers hope for some answers.

The remains, believed to be of Kuwaiti citizens including civilians and prisoners of war, were found at two burial sites, as a result of joint efforts between Iraqi and Kuwaiti authorities, and experts from the International Committee of the Red Cross (ICRC), conducted within the framework of the Tripartite Commission (TC). They were fully exhumed and transferred to Baghdad's Medico-Legal Directorate for DNA analysis and subsequent comparison with the genetic profiles of families of missing people from this period. Forensic analysis will also reveal the number of individuals recovered and provide information on their nationality.

The discovery of the remains is the result of relentless work of the Kuwaiti and Iraqi authorities, and the ICRC in both Kuwait and Iraq, and the sustained joint efforts in gathering and analysing information, identifying new witnesses and using satellite imagery to guide field teams. It is hoped that the identification of these human remains will help bring closure to the families and relatives of a number of those who went missing during the war and answer questions about what happened to them.

The Tripartite Commission and its Technical Sub-Committee were set up in 1991 and 1994 respectively to help ascertain the fate of people missing in connection with the 1990-1991 Gulf War. They are chaired by the ICRC, and composed of representatives of the Republic of Iraq, the State of Kuwait, the Kingdom of Saudi Arabia, the United States of America, the United Kingdom and the Republic of France. The United Nations Assistance Mission for Iraq (UNAMI) joined later, in 2013, as an observer. The mechanism also provides technical assistance, including forensics and analysis of satellite imagery.

The last time remains of Kuwaiti citizens were found within the framework of the mechanism was in 2005, while Iraqi remains were last recovered in 2011. The members of the Tripartite Commission continue to work relentlessly to identify the whereabouts of those still missing in both countries from the 1990-1991 Gulf War.