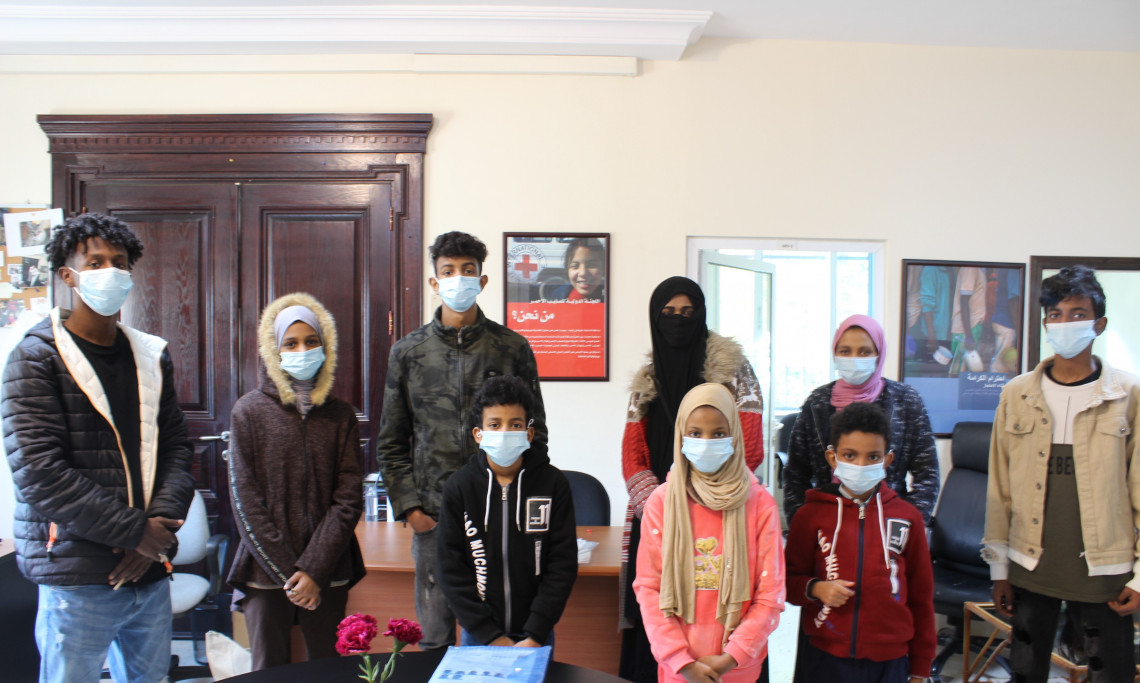 “It’s been five years since I have seen my father, my hero and my support. I was only 15 years old when he disappeared.” Hasan Saeed.
Article 21 December 2020 Jordan Somalia Yemen

Hasan Saeed was 8 years old when his family decided to leave Somalia, their war-torn homeland. Back in 2007, just like million others, his parents decided to seek refuge in a neighboring country. “They just wanted to provide us with a better opportunity in life, one that is safer for us to live in.” he commented.

The family of 5 moved to Yemen with hopes that within months they will return to their beloved country. “Months turned into years and we stayed in Yemen for a very long time.  Throughout those years, our family grew bigger with 3 children, but our living conditions and circumstances were getting worse every day.” He said.

In 2012, Hasan’s father decided to move to Jordan with his family to explore a better journey for his children. “It was a safer environment for me and my siblings of course,” he continued “but it was never easy for us to move and start from scratch in the unknown. However, for almost two years I can say we were doing just fine.” Hasan’s father always had a great vision that something better is waiting for the family somewhere in this world. During the first days of 2015, he suddenly decided to go to Egypt to seek other opportunities. “That was the last day I ever saw him, he just completely disappeared,” he said.

His mother was left all alone with 7 children and millions of responsibilities. The family depended fully on assistance and donations from organizations and nearby grocery shops. They receive around 400 dollars on monthly basis, where half of the amount is spent on the house rent. “My super mother managed our lives and our daily spending” he commented. Besides the minimal needs, she managed to send her youngest kids to schools, “But I chose to stay next to her because she needed my support.” He said.  Although Hasan tried to replace his father’s position in the family as he is the eldest among his siblings, he needed his father more than anyone else. “I prayed every day for a miracle to happen, and for our life to get better,” He said.

During the first months of the year 2020, the family received a very special call from Italy from their father who was finally able to find them and communicate with them. Hasan and his mother approached the ICRC after they received the call to support their case and help them see their father again. “That’s when the ICRC stepped in and became our life saviors.” He said. As part of the Re-establishment of Family Links program, the ICRC has regularly followed up on this case and supported the family to organize and manage all the needed documents for Hasan and his siblings to reunify with their father in Italy. The ICRC issued the Emergency Travel Document (ETD) for the family which is done to meet the specific humanitarian needs of asylum seekers, refugees, vulnerable migrants, displaced or stateless persons who do not possess a passport or other recognized travel document, and therefore can neither return to their country of origin or habitual residence, nor proceed to a country offering either permanent or temporary asylum. The free-of-charge ETD is issued only as a last resort when authorities are not able to provide a document and are valid for a single-use.

“This is the year our lives changed forever,” he said. Hasan and his family were given the opportunity to be able to dream again and to look forward to a better life. “I cannot wait for the day we are going to see our father again, thanks to the ICRC, I can now plan for a better life for me and my siblings,” he continued with tears in his eyes, “The first thing I want to do is to obtain a school and university degrees, and then I want to pursue my lifelong dream and become a successful and famous football player.” He said.

“I know one day I will join one of the big teams in Europe”.