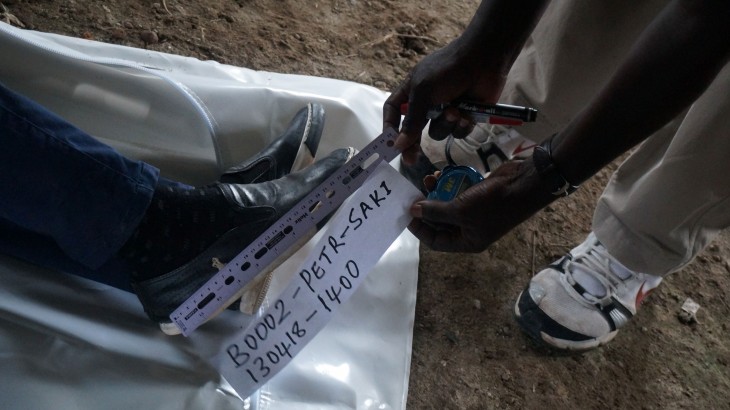 A participant practices how to label and store personal effects during a training session. CC BY-NC-ND / ICRC

Conflict and natural disasters can have catastrophic consequences, including large number of deaths and mass casualties. Often times, local organizations and communities are the first to respond in rescuing and caring for survivors, including in the management of those who died.

The ICRC recognizes that proper management of the dead is a key component of response in such scenarios, as much as it appreciates the value of offering assistance and care to survivors. It was because of this that the ICRC Nairobi regional delegation conducted a management of the dead training from 11 to 13 April 2018. The training included 45 participants from the National Disaster Operations Centre (NDOC), the National Disaster Management Unit (NDMU), the Kenya Red Cross Society (KRCS), the Kenya Police Service (KPS), the Directorate of Criminal Investigations (DCI), the Kenya Defense Forces (KDF) and the ICRC. It was co-facilitated by the ICRC's regional forensic manager for Africa and the ICRC's weapon contamination manager for Africa. 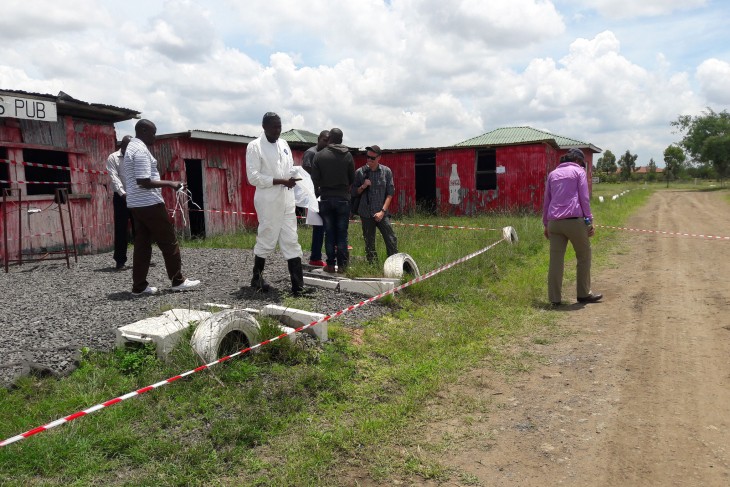 Participants practicing how to cordon off a mass casualty setting as part of recovery response. CC BY-NC-ND / ICRC

The training was aimed at providing participants with basic and practical knowledge on applying internationally accepted practices to appropriately and respectfully search for and recover bodies, conduct basic examination, documentation and transfer to the mortuary for detailed forensic examination by experts or for temporary burial.

For Jow Otieno, a disaster management operations programme officer from KRCS, who has responded in three mass casualty situations, the ability to 'professionally collect dead bodies for onward storage and identification for last respects' gives him great satisfaction. Actions like Jow's, which may help to positively identify someone's husband, wife, son, or mother in a situation where they perhaps could not have been identified, go a long way in ensuring 'dignity in death', which was at the heart of this training.

Furthermore, contamination from unexploded and abandoned weapons often leads to deaths, disabilities and hinders access to basic necessities among communities. In order to raise awareness of the impact of such kinds of weapons, the training included a session covering land mines, unexploded ordinance, chemical and explosive weapons. "The information on initiatives aimed at reducing exposure on both conventional and non-conventional hazards during response was very enlightening" added Jow. 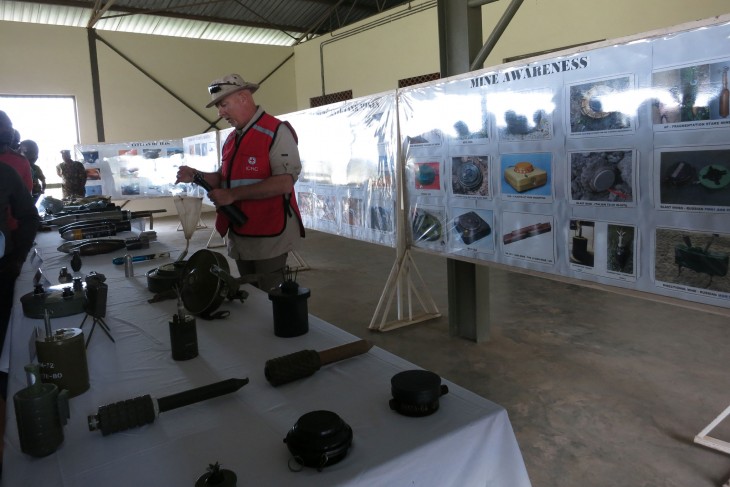 The training involved outdoor role plays, where seven volunteers from the KRCS played dead in a fictitious mass casualty setting and the participants split into recovery teams. As weird as it may have initially sounded at first to most of them, the practical session, involving using equipment like body bags and body tags, taking identification photographs of personal features and belongings and completing standardized documentation, went a long way to providing 'a very similar picture' of how such operations are conducted.

The ICRC Nairobi regional delegation conducts management of the dead training sessions for various audiences as part of the organization's commitment to humanitarian forensic action.