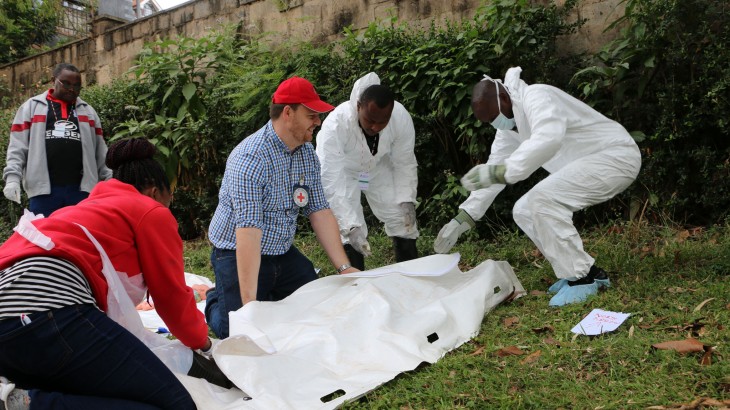 One of the most challenging and complex humanitarian problems in the world today is that of missing persons. Hundreds of thousands of people across the world are currently missing as a result of armed conflict, natural disasters, migration, and violence. The International Committee of the Red Cross (ICRC) recognizes the need for proper management of the dead in response to such scenarios.

It is in light of this that a training on the management of dead bodies was held at the Nairobi Regional Delegation from 4 to 6 September 2018. This training brought together 33 participants from the Kenya Defense Forces (KDF), the Kenya Red Cross Society (KRCS) and the Directorate of Criminal Investigations (DCI) of the National Police Service, who are often the first responders in mass fatalities. This was just a few days after observing the International Day of the Disappeared on 30 August, acknowledging the psychological unrest, and harrowing anxiety that engulfs the loved ones of missing persons.

The training was twofold, involving theory sessions and later simulation sessions where the participants had to handle a scenario where there were a number of fatalities. Among the topics that were covered was the personal safety of the responder, body recovery and photography, post-mortem and anti-mortem data collection and the international best practices in dealing with such situations. The participants resonated with the training as a good number of them had been involved in the mass fatalities Kenya had faced in the past, such as the Garissa University attack and the Karai Tanker explosion. For Kennedy Gekuno, from the DCI Kisumu, emphasis on making small meaningful changes to their procedure could assist greatly with the identifications. "We should be able to apply these standard procedures in labeling dead bodies so as to help in forensic procedure and ease the identification," he said. 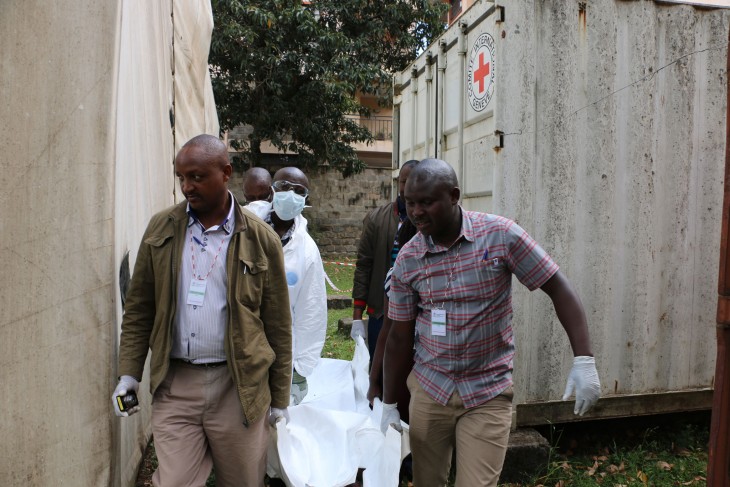 Emphasizing the need for proper documentation, one of the participants, who had been handling the identification database during the Garissa attack recounted how important systematic and coordinated ante-mortem and post-mortem data helped in the process. Betty Wakahia of the KRCS was impressed by the lessons on ensuring humane and considerate treatment of the affected families in such situations saying it is an aspect that is often overlooked.

After five years of offering this training, the Division of Forensic and Pathology Services under the Ministry of Health will now take the lead. "This has been a worthwhile investment of the ICRC and we look forward to a more coordinated approach while responding to fatalities," said Dr. Nyamunga. With the training under the mandate of the Ministry, she anticipates more decentralized sessions taking place across the country for greater sensitization.