Representatives from ten countries gathered this week in Brazil to discuss their experiences, which, they say, may give rise to common standards
News release 28 April 2022 Brazil Chile Costa Rica

Brasilia (ICRC) – From 26 to 28 April, the International Committee of the Red Cross (ICRC) brought together representatives from ten countries to help develop a technical guide on prison planning and design for countries in Latin America. The meeting was part of the Criteria for Technical Standards for Prison Infrastructure (CETIP) project.

The aim is to create a guide that provides recommended standards for prisons in the region that abide by the principles set out in the Nelson Mandela Rules, universally recognized as the cornerstone of how countries should treat people deprived of their liberty.

"With the basic principles of the Nelson Mandela Rules always in mind, we are aiming to develop criteria for the design and construction of prisons that humanize prisons and uphold people's dignity – both that of the prisoners themselves and the prison staff and visitors," says Alexandre Formisano, the head of the ICRC's regional delegation for Brazil and the Southern Cone countries. "As we've always said, the ICRC does not promote the construction of prisons or want to be an organization that supports that work. But we believe that we can help consolidate good ideas about humanizing prisons by supporting this project, which has been developed by the countries in the region for the countries in the region."

According to Christian Alvear, the national director of the Chilean Gendarmerie (which is responsible for the country's prisons), for a very long time places of detention were seen in many countries as "dungeons," and "that has to change". "The person has been deprived of their liberty, not their dignity," says Mr Alvear. "We need to make our prison system more humane and uphold people's dignity. In this respect, the ICRC is holding up a light, showing the way, providing a vision, which is very important for everybody." 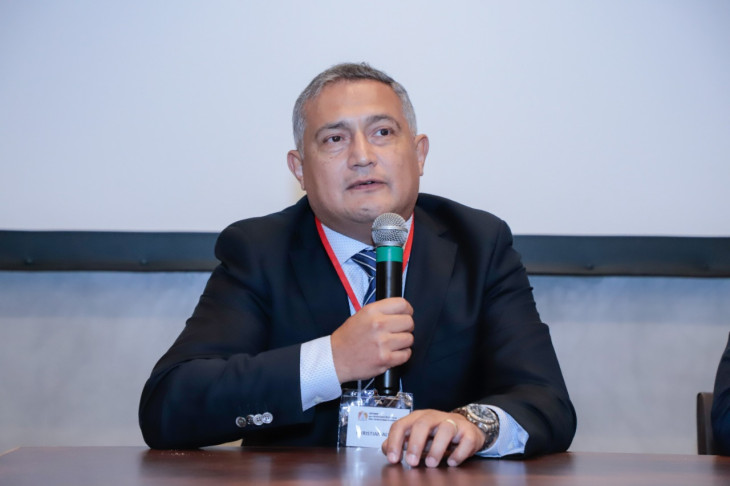 According to Marlen Chinchilla, the head of infrastructure in Costa Rica's Ministry of Justice and Peace, one benefit of determining standards together with other Latin American countries is that the guide has been conceived to go beyond providing general guidelines and instead to give concrete technical information. Moreover, she argues, an agreement drawn up by experts from similar countries, like in Latin America, will meet the specific needs of prisoners in the region.

"It's been drafted by experts," says Ms Chinchilla. "In fact, everybody that is here has been struggling with people's needs every day and with the reality of our countries' prisons. So, the guide will provide standards for those who work in them, design them, build them, and who know what prisons are really like."

There are currently ten Latin American countries actively taking part in the CETIP project. In meetings held this year, participants discussed various issues, including dealing with differentiated accommodation for various groups, managing temporary accommodation for security reasons, using a tool to calculate the surface area of cells and considering how the particular needs of women affect prison design.

The Nelson Mandela Rules, originally adopted in Geneva in 1955 at the first United Nations Congress on the Prevention of Crime and the Treatment of Offenders, are 122 recommendations on how to treat prisoners with humanity and dignity and in line with internationally recognized standards on the administration of justice.

Countries that have signed up to the rules are encouraged to promote humane living conditions in prisons and to see the work of prison staff as a social service of great importance. However, the United Nations recognizes that not all the rules can be applied uniformly, as a result of countries' very different legal, social and economic situations.

Countries that have adopted the Nelson Mandela Rules, revised in 2015, understand that depriving someone of their liberty is punishment in itself; individuals do not, therefore, need to be exposed to additional forms of suffering or to be deprived of their dignity while they serve their sentence.

The first rule states that no prisoners may be subjected to torture and other cruel, inhuman or degrading treatment of punishment. It also states that the safety and security of prisoners, staff, service providers and visitors must be upheld at all times.

The Nelson Mandela Rules must be applied impartially. There can be no discrimination on the grounds of race, colour, sex, language, religion, political or other opinion, national or social origin, property, birth or any other status. Prison administrations can, however, take into account the individual needs of prisoners, in particular the most vulnerable categories of people in prison settings (minors, the elderly, women, disabled people, LGBTIQ+, etc.) and treat them accordingly.