By Jordi Raich, Head of the Regional Delegation for Mexico and Central America, ICRC 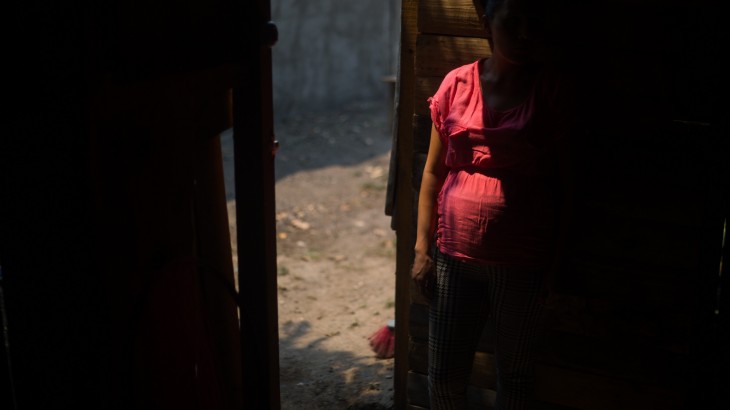 In Honduras, violence has caused many people to leave their homes to find safe places to live. CC BY-NC-ND/CICR/D. Membreño

Migrants and people displaced by violence are human beings with rights. While this may seem an obvious assertion to make, the immense suffering endured by people in these situations is an issue that remains in the shadows. The International Committee of the Red Cross (ICRC) has been working for many years now to identify and address the serious humanitarian consequences of displacement and migration, and we are confident that we can all do much more to mitigate their impact in Central and North America.

All too often, the uncertain journey undertaken by migrants and internally displaced people is beset with problems, including the separation of families, the lack of access to health services, abuse, exploitation and even death and disappearance. This report takes a look at where the people who flee their homes come from, who they are and what compels them to leave their roots behind?

In our region, there are a variety of factors that drive migration, including social exclusion, a lack of opportunities, domestic, sexual and armed violence and the wish to reunite with family members already living in another country. We were able to confirm this first-hand a few months ago when we assisted people travelling with the so-called migrant caravans through the northern part of Central America and Mexico.

The Central American countries have been hardest hit by the tightening of immigration policy in the United States, the main destination country for the region’s migrants. In transit countries such as Mexico, while some progress has been made, dialogue with the authorities continues with a view to securing necessary improvements in the areas of arrest and detention.

For migrants to be considered refugees, they must demonstrate that they cannot remain in their country of origin owing to a well-founded fear of being persecuted for reasons of race, religion, nationality, membership of a particular social group or political opinion or for reasons of widespread violence or massive human rights violations. As available resources do not stretch to legal assistance for such large numbers of applications and the legal frameworks now in place have made it increasingly complicated to be recognized as a refugee, the majority of those potentially entitled to asylum do not manage to obtain refugee status. 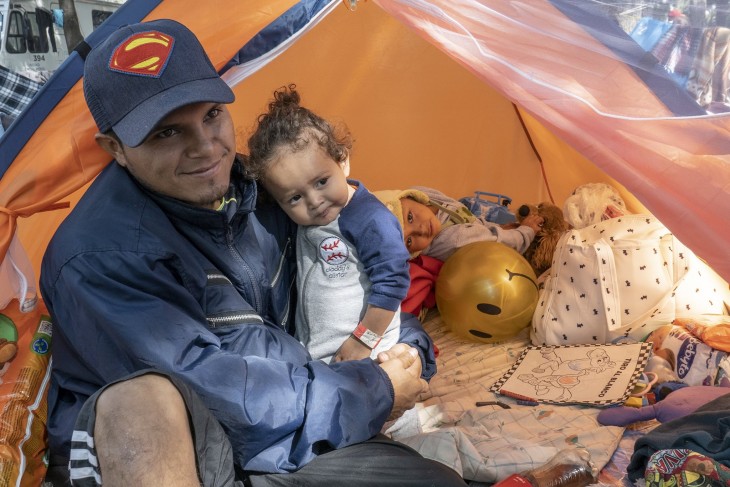 Father with his child at the caravan of migrants that arrived in Mexico in October 2018. CC BY-NC-ND/CICR/B. Islas

The protection needs of those who migrate and the composition of migration flows are constantly changing. It is evident that, in today’s world, the drivers of human mobility are not purely economic but encompass a range of factors, including family reunification, persecution by gangs and other armed groups and the ensuing climate of insecurity. People are not as likely now to migrate in search of food and a better livelihood; increasingly we see people who migrate to escape dangerous situations, such as the forced recruitment of young people and human trafficking, and in extreme cases to escape death.

Nobody is calling into question the sovereign right of States to determine their own immigration policies, but this power must also be used to protect the lives of the hundreds of thousands of women, men, young people and children who, every year, embark on such perilous journeys.

In 2018, various States engaged in efforts to move towards more humane policies that are more respectful towards migrants, with the negotiation and adoption of the Global Compact for Migration, which seeks to ensure safer migration based on respect for human rights and increase the capacity of these States as new host countries. One such country is Mexico, which has taken steps to increase protection for migrants from Central America, allowing those travelling with migrant caravans to regularize their immigration status on humanitarian grounds.

The initiative was a one-time effort, but this show of good will should set a precedent for the future and chart the way forward. It is consistent with the provisions of the Global Compact for Migration signed in December 2018, aiming to strike a balance between people’s rights and a State’s power to determine its own immigration policies.

The ICRC works with migrants because they are highly vulnerable. We use a broad description of migrants that encompasses all people who leave or flee their home to seek safety or better prospects abroad and who may be in distress and need of protection or humanitarian assistance. Refugees and asylum seekers, who are entitled to specific protection under international law, are included in this description.

More and better government policies are required to provide the families of missing migrants with the assistance they require and prevent people from being detained solely on the basis of their immigration status, and a commitment is needed to put an end to the detention of migrant children and adolescents. More attention must also be paid to internal displacement, ensuring that a humanitarian approach is adopted in addressing the issues involved.

Based on our experience in the field, we believe that the region’s governments can and should do more to fulfil their legal obligations, particularly with regard to the principle of non-refoulement, and to ensure a more comprehensive and respectful approach to assisting people fleeing from violence in search of safety and a better future.