Missing persons in Nepal: the right to know - updated list 2014 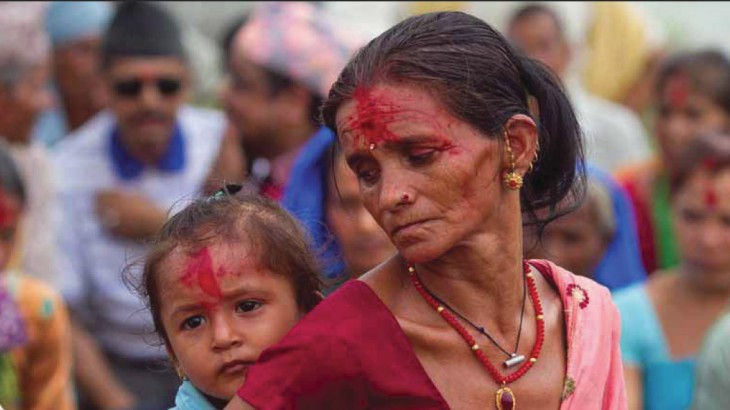 During and after the 10-years armed conflict in Nepal (1996 to 2006), ambiguity about the fate of a relative is a harsh reality for countless persons. Not knowing whether relatives are alive or dead, families and communities are unable to put the violence of the past behind them. Years after the end of the conflict, their anguish continues, hindering their ability to move on to rehabilitation and reconciliation, either as individuals or as communities. Sometimes even decades later, these wounds continue to harm the very fabric of society and undermine relationships between groups.

Over the years, families of 3218 missing persons reported to the International Committee of the Red Cross (ICRC) and the Nepal Red Cross Society (NRCS) the disappearance of their relatives, often following their alleged arrest or capture by one of the parties to the conflict, or during armed encounters. While the fate and whereabouts of hundreds of people has been established, 1347 people are still missing, almost eight years after the end of the conflict.

As a neutral, independent and impartial humanitarian organization with an international mandate to alleviate the suffering of the victims of armed conflicts and other situations of violence, one of the tasks of the ICRC is to assist all parties to the former conflict in Nepal to fulfil their obligations to clarify the fate and whereabouts of missing persons. The various field assessments conducted by the ICRC and the NRCS on the needs of these families have repeatedly shown that their primary need is to know what happened to their missing loved-ones, even years after the events took place.

What is this publication?

The aim of this publication is to bring public recognition to the families of missing persons in Nepal as a result of the conflict and to highlight their suffering and their needs. It also constitutes an appeal to the government of Nepal, and all former parties to the conflict to clarify the fate (and when possible the whereabouts) of those who went missing during the conflict and to ensure that all families of missing persons are included in government programmes put in place to support the victims of conflict.

This 7th edition of the Book of Missing Persons in Nepal was prepared on 15 July 2014 and it contains the names of 1347 persons who were reported missing by the family members, to the ICRC or NRCS. The names are listed by district of residence of the missing person's closest relative.e appears on the list, please contact the nearest ICRC office or the district branch of the Nepal Red Cross Society.