Missing persons in the Western Balkans 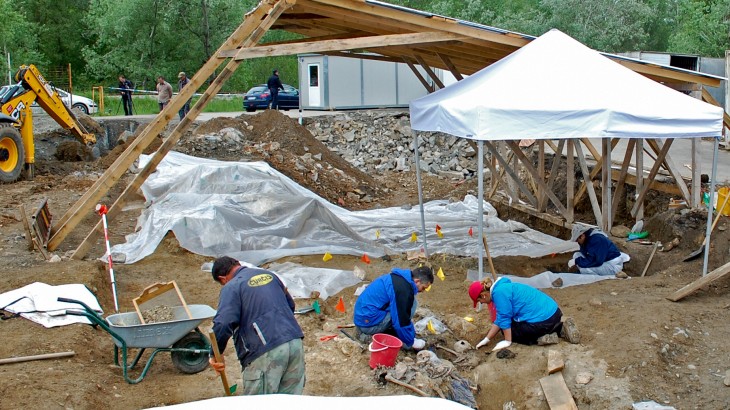 As soon as the conflicts broke out in the former Yugoslavia in the early 1990s, the ICRC and the other components of the Red Cross and Red Crescent Movement launched an extensive field operation in response to the rising humanitarian needs. Together, they collected tracing requests – the requests submitted by people alleging that their family members had gone missing.

This prompt response to the disappearances of people, along with the collection of data on missing persons and the circumstances of their disappearance, allowed the ICRC to draw the attention of the authorities to the issue and remind them of their obligation to account for all missing persons.

Altogether, a total of 34,891 people have been reported to the ICRC as missing in connection with the conflicts of the 1990s. The fate and whereabouts of 70% of them are now known, but as of March 2015, the families of 10,860 missing persons across the Western Balkans were still living in uncertainty, waiting for news of a missing relative.

As well as collecting and processing tracing requests, the ICRC has been conducting the following activities:

Authorities bear prime responsibility for clarifying the fate and whereabouts of missing persons. Under international humanitarian law and international human rights law, the family of a missing person has the right to be informed of the fate and whereabouts of a missing relative (the "right to know"). The authorities and the former parties to the conflicts in the region bear the primary responsibility for providing answers.

The ICRC maintains a confidential dialogue with authorities across the region. It reminds them of their obligation under national and international law to do all they can to honour the right of families to know what happened to relatives who went missing in the areas that were under their control at the time.

In order to facilitate the search for answers, the ICRC has submitted documented cases of disappearance to the authorities, repeatedly asking them to examine their records on disappearances and the handling of human remains.

It is possible for information related to missing persons to be disclosed in the course of war crimes proceedings. The ICRC has therefore worked with national and international judicial authorities to ensure that any evidence gathered in judicial proceedings that could contribute to locating new gravesites is shared with those involved in clarifying the fate and whereabouts of missing persons.

The Working Group on persons who are unaccounted for in connection with the events in Kosovo (WG) is a strictly humanitarian mechanism chaired by the ICRC. The WG holds regular sessions at which the Belgrade and Pristina delegations exchange information and plan activities aimed at clarifying the fate and whereabouts of persons who went missing as a result of the 1998-1999 events in Kosovo. 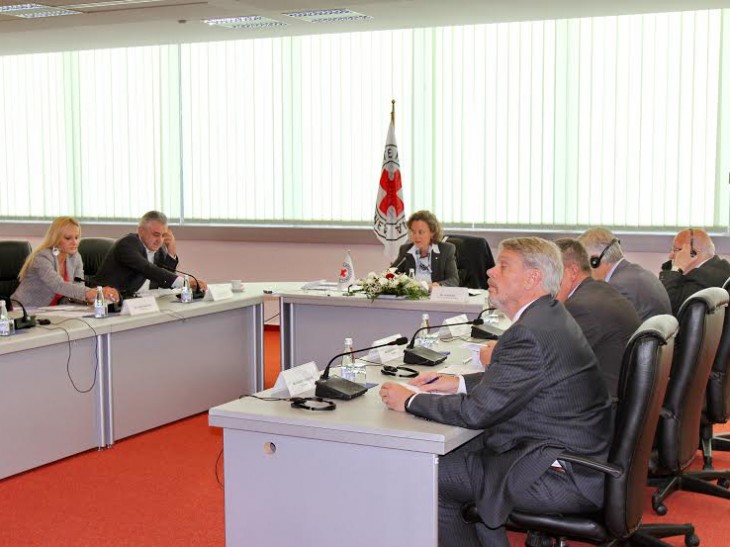 The meetings regularly take place in the presence of the families, the Red Cross and international stakeholders. The WG was established in 2004 and by the end of 2014 had met on 38 occasions. In the course of its work, the number of persons unaccounted for in relation to the 1998-1999 events in Kosovo has halved, from 3,200 in April 2004 to 1,655 at the end of 2014. The ICRC's neutral intermediary role, in its capacity as Chair, is primarily to facilitate the meetings between Belgrade and Pristina, to follow up on the commitments made by both delegations and to provide the Working Group's Secretariat. 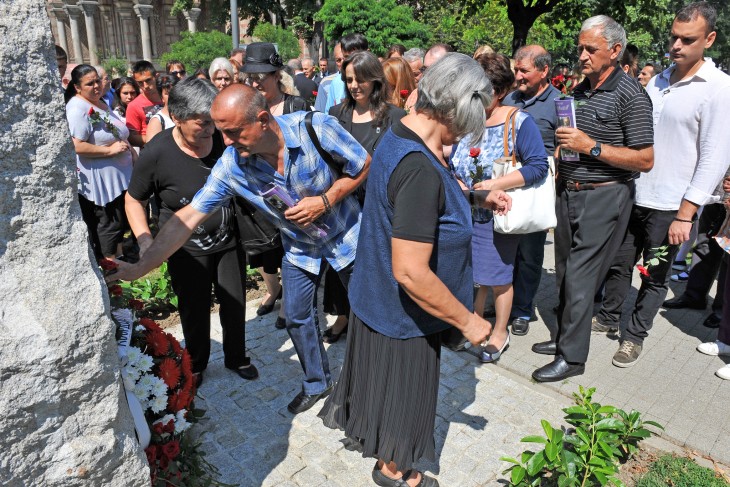 The ICRC maintains a provisional list of missing persons, agreed upon by the Belgrade and Pristina delegations to the WG, and provides new versions regularly to both sides. Working on behalf of the two delegations, the ICRC is negotiating access to the archives of the international organizations that worked in Kosovo or are still there, and which might possess documentation related to gravesites and to exhumations carried out in Kosovo right after the events of 1998-1999.

In 2005, the Working Group set up a Sub-working group on forensic issues, which has held 25 meetings so far. The aim is to gather forensic experts from Belgrade, Pristina and elsewhere, to discuss issues of a forensic nature related to the exhumation and identification of remains.

A bilateral dialogue mechanism exists between Serbia and Croatia, using the Book of Missing Persons jointly agreed between the authorities, Red Cross organizations and the ICRC as a reference list of missing persons. As an observer in this forum, the ICRC takes note of the mutually agreed commitments and follows them up with each side.

Recognising their responsibility, governments across the Western Balkans have set up commissions on missing persons to address the issue. Such commissions exist in Belgrade, Zagreb, Pristina and Podgorica. In accordance with the BiH Law on Missing Persons, the authorities in Bosnia and Herzegovina have established the Missing Persons Institute (MPI), a permanent national body that has been operational since 2008. These bodies support the families of missing persons and keep them informed, centralize information on missing persons, coordinate the tracing of missing persons, carry out exhumations and identifications and interact and cooperate with their counterparts in the region.

As part of its interaction with national missing persons mechanisms across the Western Balkans, the ICRC works closely with the MPI in BiH, at technical and policy levels, continuing to support its evolution into an effective and sustainable national institution. Specifically, the ICRC has contributed to the establishment of the Central Records of Missing Persons of BiH through the transfer of data on missing persons, circumstances of disappearance and the contact addresses of enquirers.

Following a request from the Kosovo Governmental Commission on Missing Persons (GCMP), the ICRC and GCMP in June 2012 signed the Software Handover Agreement for the ante-mortem / post-mortem database. Once data entry is finalized, and the relevant institutions provide the necessary resources and tools, this software will enable the GCMP to establish, manage and maintain the Central Register on Missing Persons in a sustainable manner.

The ICRC provides technical advice and support in the field of forensics (e.g. development of local forensic capacity, provision of equipment, operating procedures, issues related to unidentified/NN human remains) and on the legal framework for addressing the rights and needs of the families of missing persons (e.g. drafting and implementation of laws on missing persons).

It also regularly interacts with the international community on the progress reached and the challenges faced.

ICRC and Red Cross support for the families of missing persons

Red Cross organizations are supporting the families of missing persons. In most contexts in the Western Balkans, they have been taking over responsibilities in the tracing process. Their primary (and invaluable) role is to remain close to the families and accompany them through the painful search, identification and closure of missing persons cases.

Associations of the families of missing persons play a very important role. In particular, they offer solace to their members by representing them in contacts with the authorities and others in the process of searching for answers. In order to strengthen the family associations, the ICRC regularly supports psychosocial projects, often implemented with local Red Cross organizations. We also hold workshops across the region, at which one of the main aims is to help them convey the needs of the families to the authorities, media and society as a whole. 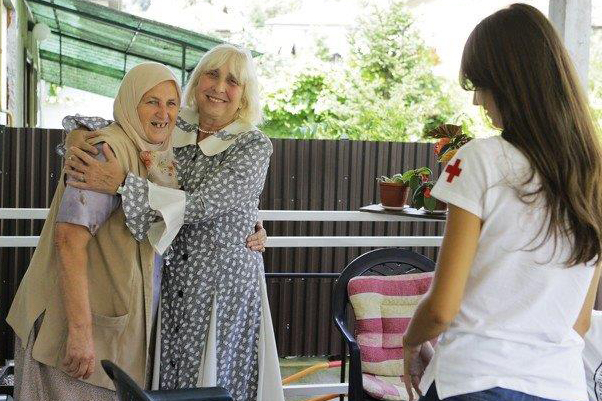 Visit to the family of a missing person. CC BY-NC-ND / ICRC