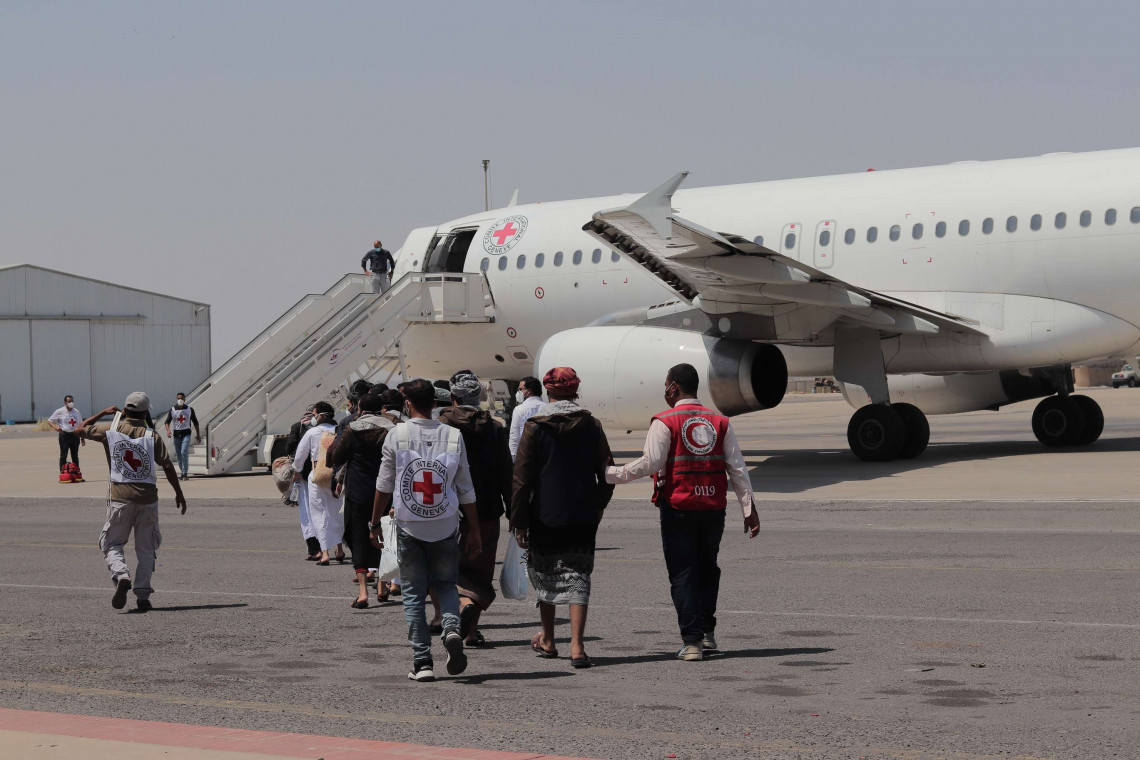 Geneva (ICRC) – More than 1,000 people formerly detained in relation to the conflict in Yemen were transported back to their region of origin or to their home countries by the International Committee of the Red Cross (ICRC) in the largest operation of its kind during the five-and-a-half-year war.
News release 16 October 2020 Yemen Kuwait

The two-day process October 15-16 involved 11 ICRC-operated flights into and out of five cities in two countries – Yemen and Saudi Arabia. The number of detainees released and provided with transportation was 1,056.

“This is a momentous occasion in a war filled with agony. More than 1,000 families can rejoice after being re-united with loved ones. While we are very happy for these families, we are also keeping in mind the many hundreds more waiting to be reunified. We hope this step will add energy to efforts to release more detainees in the future,” said Katharina Ritz, the head of ICRC’s Yemen delegation. 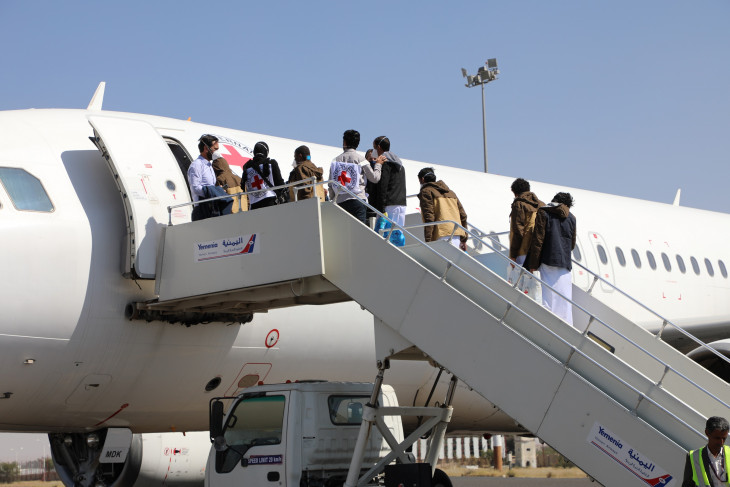 A photo from the operation in Sanaa

The near-simultaneous releases are the results of talks in Montreux, Switzerland last month, which built upon the works of the Stockholm Agreement in late 2018. The ICRC’s role in the release operation was to act as a neutral intermediary in transporting the former detainees. The ICRC spoke with the detainees one-on-one and carried out medical checks before their release to be sure they wanted to be transported home and were healthy enough to do so.

“This release, the result of careful negotiations by those involved in the conflict, is an encouraging step,” said Omar Odeh, the head of ICRC’s delegation in Kuwait. “The scale of these releases made this operation a complicated logistical challenge, but the ICRC is honored to play a neutral role that facilitates the reunification of families.” 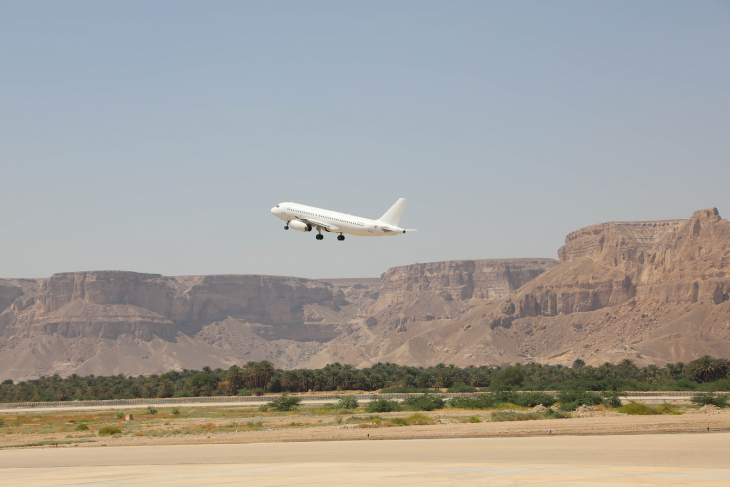 One of our planes taking off from Seyoun airport

Eleven flights took off or landed at two airports in Saudi Arabia -- Abha and Riyadh -- and three airports in Yemen: Aden, Sana’a and Seyoun. The ICRC provided the detainees with clothes, hygiene material and money for the final leg of the trip home.

The ICRC distributed personal protection equipment, provided health guidance and carried out social distancing measures in the airports and airplanes to protect against the transmission of COVID-19. Medical staff and volunteers from the Yemen Red Crescent Society and the Saudi Red Crescent Authority assisted in the two-day operation at the airports and on the flights, including helping infirm detainees on and off the planes and providing ambulance services.

This detainee release is the biggest that the ICRC has been involved within the Yemen conflict. The ICRC previously transported detainees from the conflict in Yemen on about a half dozen occasions between November 2019 and September 2020. 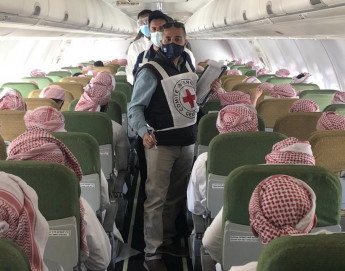 Operational update on the release of detainees from the Yemen conflict