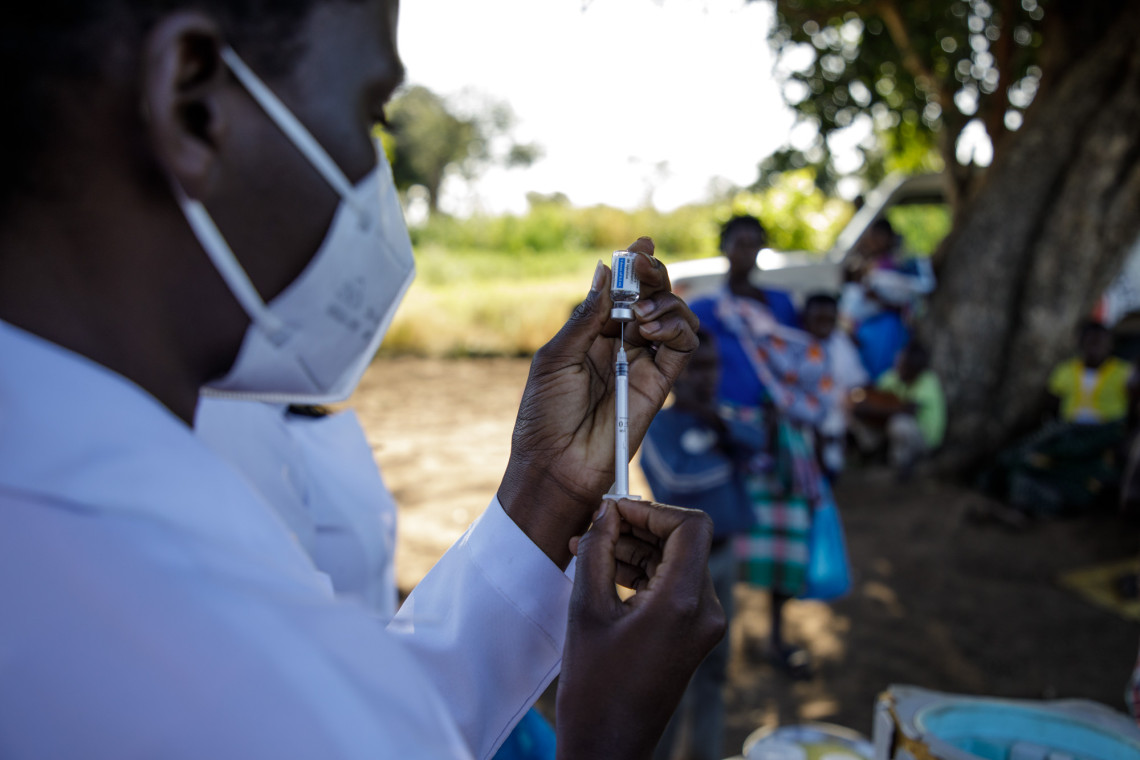 Maputo (ICRC) – Mozambique’s national immunization campaign has vaccinated over 1 million people -- 75% of the population -- in six districts affected by armed conflict in the provinces of Cabo Delgado, Manica, and Sofala with the support of the International Committee of the Red Cross (ICRC).
News release 28 June 2022 Mozambique

“The armed conflict in Cabo Delgado has had a real impact on the health system in general. Most health centers there have been destroyed, burned or vandalized, and access to these health centers is not possible due to the insecurity,” explains Emilio Mashant, ICRC Health coordinator in Mozambique. “The violence prevented the health system from deploying to these places to conduct a vaccination campaign against COVID.”

The ICRC supports the country’s health authorities by providing fuel to transport vaccines, healthcare teams, and Mozambiquan Red Cross volunteers in Pemba, Montepuez, and Ibo, in the Cabo Delgado province. The ongoing violence has severely impacted access to healthcare in this region, where over 3,000 families have fled their homes in search of safety since the beginning of June this year. Over the past few years, nearly 800,000 Mozambiquans have been displaced by the armed conflict in Cabo Delgado.

The ICRC provides the same assistance, as well as vehicles, in the country’s central region in the districts of Barué, Mossurize (Manica) and Gorongoza (Sofala), where the conflict of 2013-19 took a heavy toll on healthcare. Lack of access to essential services remains one of the main humanitarian issues in this part of the country.

In addition, the organization supported the work of 200 volunteers from the Mozambican Red Cross, who raise awareness among communities about the importance of vaccinations. In the central provinces of Manica and Sofala alone they reached more than 50,000 people.