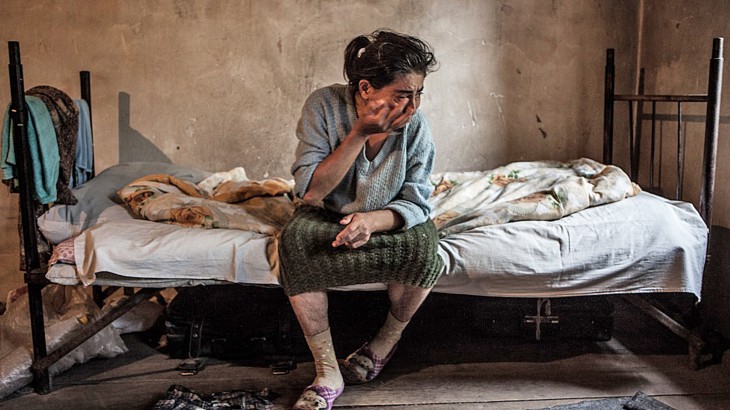 Now that her parents have died, leaving her alone, this woman speaks of her missing brother with more despair than ever. CC BY-NC-ND / ICRC / M. Kokic

More than 20 years after the ceasefire agreement, families still do not know what happened to relatives who went missing during the Nagorny Karabakh conflict. As part of efforts to find answers, the ICRC has handed the parties to the conflict an updated list containing the names of 4,496 people registered as missing by its delegations in Baku and Yerevan and its mission in Nagorny Karabakh.

The previous edition of the list dates from 2004, and since then the ICRC has worked closely with the Commissions on Prisoners of War, Hostages and Missing People and with families of missing persons, registering and following up the cases of people who disappeared during the armed conflict.

Under international humanitarian law, the parties to a conflict must do all they can to clarify the fate of missing persons. The ICRC believes that the new version of the list will help the authorities to consolidate information and intensify their efforts towards this objective. As a neutral, impartial and independent humanitarian organization, the ICRC will continue to support the parties with its expertise, and by acting as a neutral intermediary between the sides.

The ICRC has been active in the region since 1992, and clarifying the fate of people missing in relation to the conflict is one of the organization's priorities.

See our photo gallery on the plight of people with relatives still missing following the Nagorny Karabakh conflict.