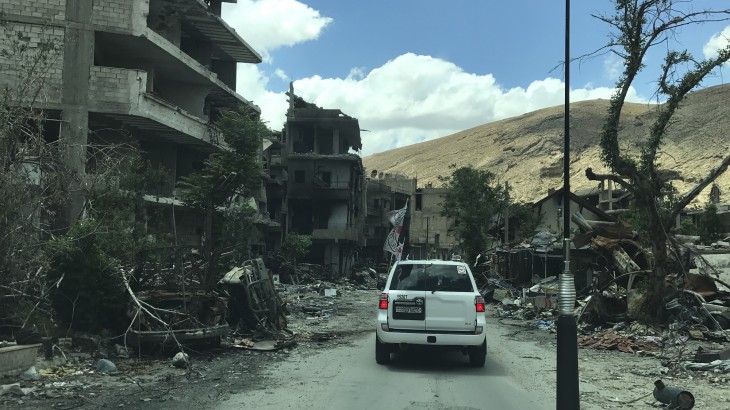 (Geneva) – One week after world leaders gathered to discuss Syria's upcoming reconstruction challenges, new figures from the International Committee of the Red Cross (ICRC) serve as a stark reminder of the ongoing scale of civilian suffering.

New research conducted in follow up to a 2017 report, I Saw My City Die, underscores the impact upon civilians of fighting in cities and towns in Syria and Iraq.

• War in cities in these governorates caused an estimated 6,485 civilian fatalities between March 2017 and July 2018, accounting for 78% of all civilian loss of life, according to the best estimates.

These updated figures further reinforce the findings of last year's report, which showed that cities in Yemen, Iraq and Syria had become the world's main and most deadly battlefields. Urban offensives cause devastation and quickly lead to sharp spikes in casualties – both because of the fighting itself, and because of these battles' compounding effects.

"My recent visits to the region have confirmed the deep levels of suffering caused by disproportionate attacks, and the targeting of civilians and civilian services like ambulances, water stations and markets. Battles of retribution have been fought without regard for the impacts on civilians. And the seeds of radicalization, retribution are being sown for future years."

"While the international community will have to answer difficult questions about the long-term reconstruction of Syria and the political conditions, humanitarians still need to respond to people's needs and their wish to live with dignity. They cannot wait for political consensus."

Methodology note: These updated findings are based on available data and a qualitative analysis of battle trends in four governorates across Syria (Deir Ez-Zor and Rif Damashq, including Damascus city) and Iraq (Ninewa and Anbar). Data was collected covering the time period March 2017 – July 2018.