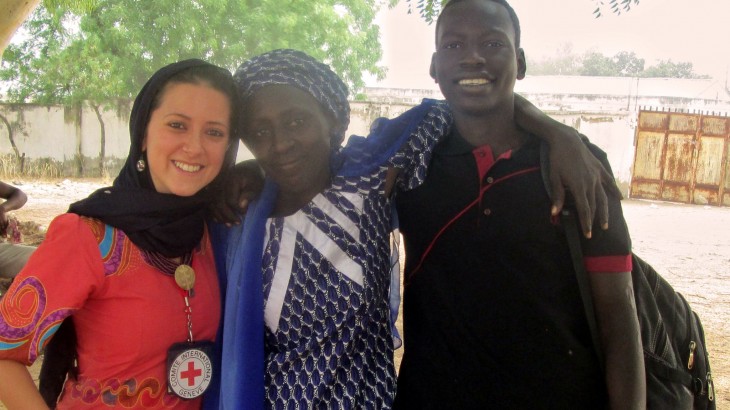 Luka's story has a happy ending, but many more families have been separated by the armed conflict in the Lake Chad region. CC BY-NC-ND / ICRC

With his face pressed against the vehicle window and a sparkle in his voice, Luka calls out the names of villages and markets he begins to recognize. The excitement is building; Luka is almost home.

When the International Committee of the Red Cross (ICRC) vehicle approached the town square in Uba, Luka jumps up and grabs his backpack. It's time to hug his mother for the first time in over two years.

Life for Luka's family changed a great deal when their town, Lassa, in northeast Nigeria's Borno State, was attacked in late 2014. Luka, then 16, was outside his house when he heard shooting. He ran home only to find it empty. His family members had run for their lives and were nowhere to be found. Like the other people in his village, Luka fled, eventually making his way to a safe haven in Yola, the capital of the neighboring Adamawa State.

There, in a camp for internally displaced persons, or IDPs, he was one of the first unaccompanied minors met by the ICRC and the Nigerian Red Cross Society (NRCS), who were helping families separated by the conflict to restore contact with their relatives.

After a long effort and with the help of other IDPs from the same area, the Red Cross team found the phone number for Luka's mother, Precious, and the two were able to speak. Precious was back home in Lassa, where peace has returned, together with Luka's siblings, though there is no news of Luka's father.

Finally, after a long separation, the ICRC and NRCS efforts allowed Luka to rejoin his family. After he grabbed his backpack and bound out of the car, mother and son immediately embraced.

With a big smile on his face, Luka told everyone how he was looking forward to seeing his nine siblings again. His youngest brother, David, was just one year old when they last saw each other; now the child is three.

Several community leaders who traveled from Lassa – the family's home village - to witness the reunification approached. It is the first such reunification in the area, which has been heavily affected by the armed conflict. They exchanged a few words with Luka's mother, whom they have known for some time, and were astonished to learn that her husband was missing.

While Luka's story has a happy ending, many more families have been separated by the armed conflict in the Lake Chad region, and they are living in uncertainty about the fate of their relatives. The Red Cross family is working hard to reunite as many family members as possible. The Red Cross is helping close to 4,000 families try to find their loved ones in northeast Nigeria.