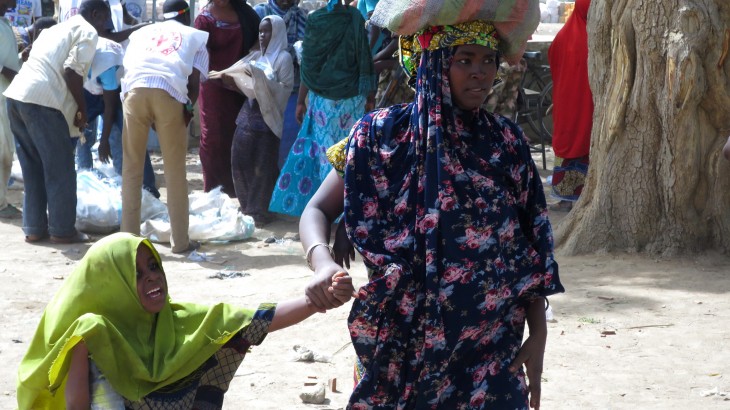 A mother and child leave a distribution centre with super cereal distributed by the ICRC in Damboa. CC BY-NC-ND / ICRC / Adavize Baiye

Thousands of people have fled to the Nigerian town of Damboa following violent clashes. The town was already hosting a number of displaced people in several makeshift camps scattered around the area.

The humanitarian needs remain critical in north-eastern Nigeria, a region that remains volatile. In Damboa, 90 kilometres south of Maiduguri in Borno State, a crisis looms after violence in March forced more residents to flee there. The ICRC and the Nigerian Red Cross are expanding their humanitarian activities to bring help to those living in areas largely cut off from humanitarian aid. 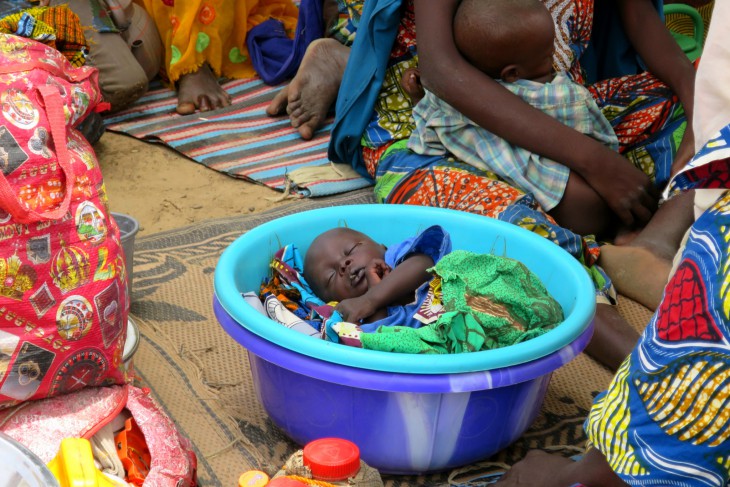 "We left in a hurry with only the clothes on our backs. We left behind all our farm products and livestock. We have nothing here," said an internally displaced woman in Damboa named Jummai who lost her husband in the violence.

Damboa has been particularly hard to reach. The highway that served as Damboa's main commercial artery was closed in mid-2014. It was reopened in February, allowing Red Cross teams access. Food, shelter, water, sanitation and medical assistance are urgently needed. Women and children are particularly vulnerable. Among children under the age of 5 there are many cases of malnutrition, measles and malaria. 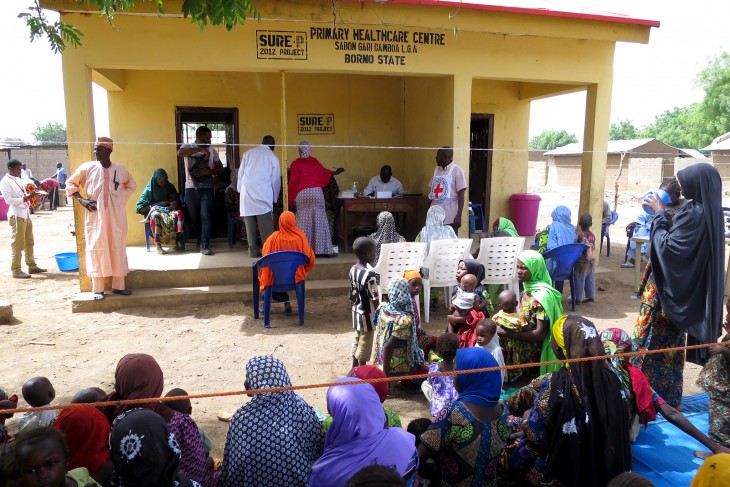 Recently, the Red Cross delivered rice, beans and cooking oil to 60,000 people. Children who need extra nutrition were given super cereal, a fortified supplementary grain. The rations should feed a family of six for one month.

In Sabon Gari, about 50 kilometres south of Damboa, the ICRC has provided temporary shelter to 400 households. In late April an ICRC Mobile Health Unit began supporting the local health center in collaboration with the State Primary Health Care Development Agency. Nearly 2,300 patients have been treated so far for measles and malaria. 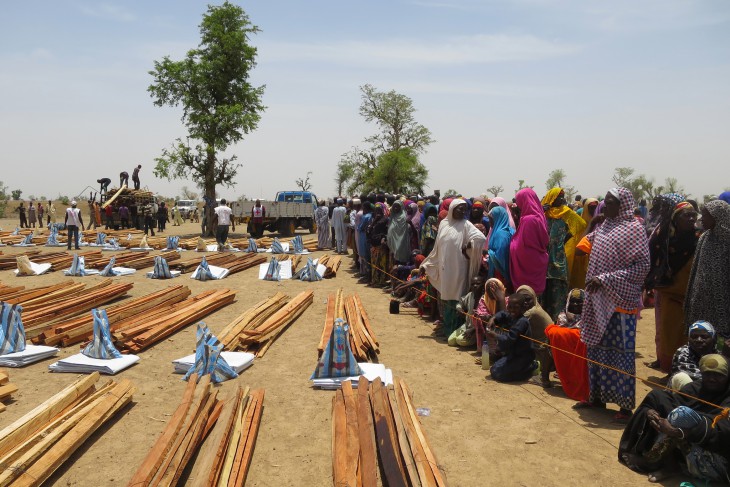 The Red Cross is among the few organizations that has been able to access those in need.