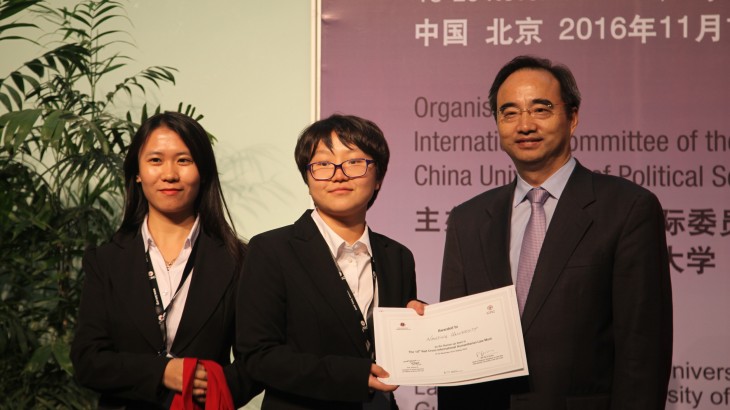 - A story for the 10th anniversary of the IHL moot court

The Law School of Nanjing University had never reached the final eight of an IHL Moot Court competition, narrowly finishing ninth two years ago and last year almost having to withdraw from the competition when one team member dropped out. Just being able to attend the annual competition has been as much a victory as anything else.

This year, the Nanjing University team fought their way into the final round and finished as runners-up. For team members Song Sixian and Han Zhubin it all seemed like a dream.

Given its past record in the competition, the Nanjing University team was under no pressure to enter the final eight, let alone defend the championship. "From the outset all we tried to do was our best. Our expectations were low. We were even planning to take our foreign coach sightseeing and then go back home," said Han Zhubin humorously, "and then to everyone's surprise, the plan fell through!" 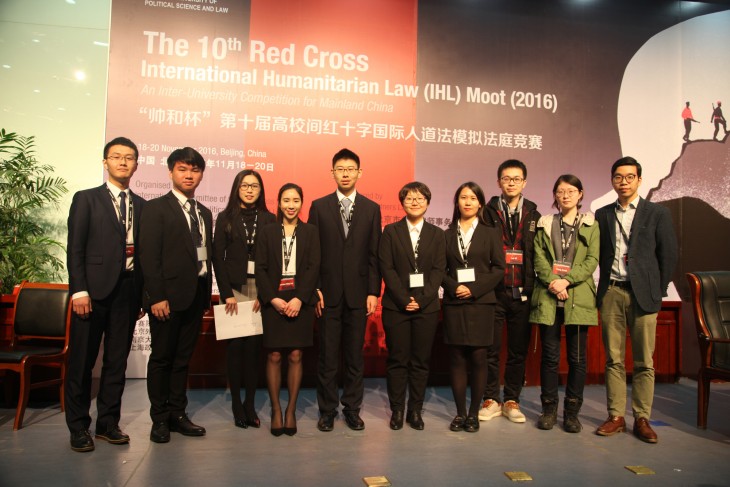 After the general round, expecting nothing but a 'barely satisfactory' ranking, the team went straight back to the hotel for a nap. "I remember my team mates coming to me in great excitement, saying that we ranked sixth in the preliminary round," said Song, looking thrilled as she recalled the moment. "I got excited right away and rushed to share the good news with Han. We quickly put our formal dress back on and started to read our notes." The competition they thought was over had suddenly burst back to life. 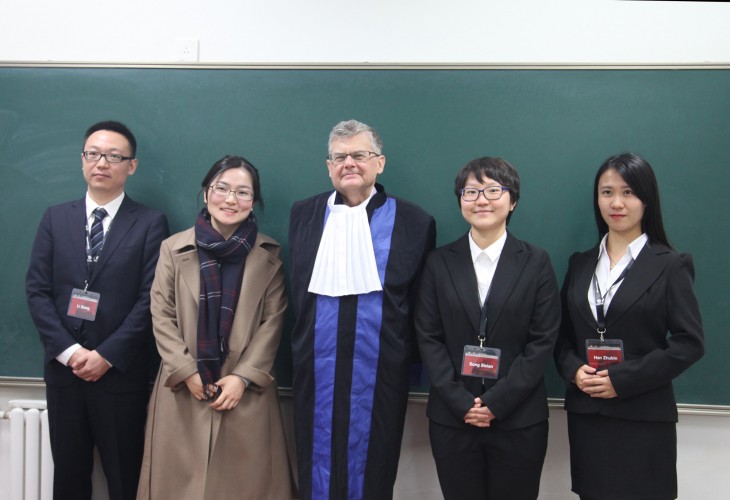 November 19, 2016, after the quarter-final, the mooters of Nanjing University took a picture with the judges. CC BY-NC-ND / ICRC / Yifei SUN

Although a nervous Song felt she did not perform well during the afternoon round, she could hardly believe her ears when she heard the judge announce: "We have found for prosecution." Later, in the semi-final round, the team were lucky to be the prosecutor again. Their nervousness used up in the previous round, the two girls were able to fully focus on responding to the questions posed by the judges. Consequently, they won another round and entered the final, where they came up against, and eventually lost to, the team from Peking University.

A most embarrassing moment

When talking about the competition, the students had mixed feelings. There was excitement, nervousness, relaxation and joy, as well as an embarrassing moment! In the preliminary round, Song, acting as the prosecutor gave a statement on the first and second counts, followed by Han who made a statement on the third count. 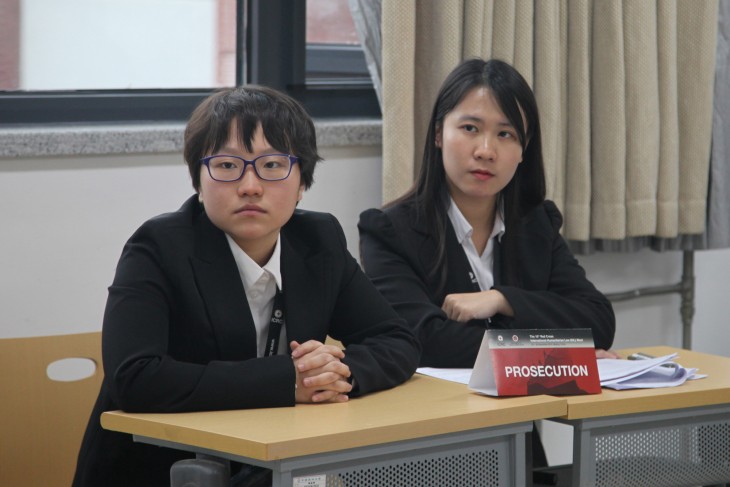 To their surprise, the judge suddenly asked a question about the second count. Having their first experience in the competition, the students were at a loss what to do. Han paused and then replied: "My team mate is responsible for this part. I myself have not prepared for it." Song, unable to hold her calm, said to the judge: "I am responsible for the preparation of this part, so may I answer the question on Han's behalf?" Her petition was turned down by the judge.

This small incident continued to haunt them, even after the competition. Looking back, Song and Han realised that, with their lack of experience, they had rushed to assign tasks based on the three counts and prepared for each of them separately. Even though their coach, Zhang Miao, had encouraged them to discuss with each other to get a complete picture of the entire case, they had stumbled over this.

Nanjing University was among the very few teams with a foreign coach. Paul Johnson, a former US lawyer, came to the university as a visiting professor with his wife in August. For the competition, he provided training in English expression and also acted as the on-site coach. The American couple was present every time the team appeared in a competition, showing how conscientiously Paul cared about his team, as well as his diligent work ethic.

When asked how he coached his team, he shook his head and smiled: "I did not do anything. The achievements belong to the team members themselves, who did a great job on behalf of Nanjing University. I am so proud of them!" 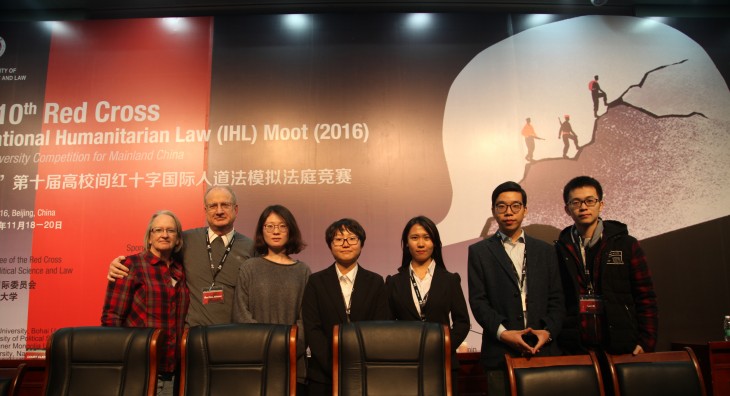 Later, Song told me that on the way back home after the competition, Paul walked over to their seats to tell them a story. They thought he was going to tell a joke to entertain them, but to their surprise it was a story about himself.

Paul was good at maths when he was at school. Once, by chance, he substituted for a classmate in a regional competition. Lacking experience and knowledge about the rules, he lost the final round, though his team still qualified for the state contest which, with tireless efforts, his team managed to win. This left Song and Han lost in thought. Paul's story had said everything.

Next March, the IHL Moot Court in the Asia-Pacific region will be held in Hong Kong. Song and Han will again attend the competition on behalf of Nanjing University. As fate would have it, the two young students will both study in Hong Kong as exchange students next year. They cannot help but marvel at how destiny has tied them together for the competition. Although they are aware that never before has a mainland China team reached the semi-final of a Moot Court competition, they truly believe that all is possible if one makes an effort!