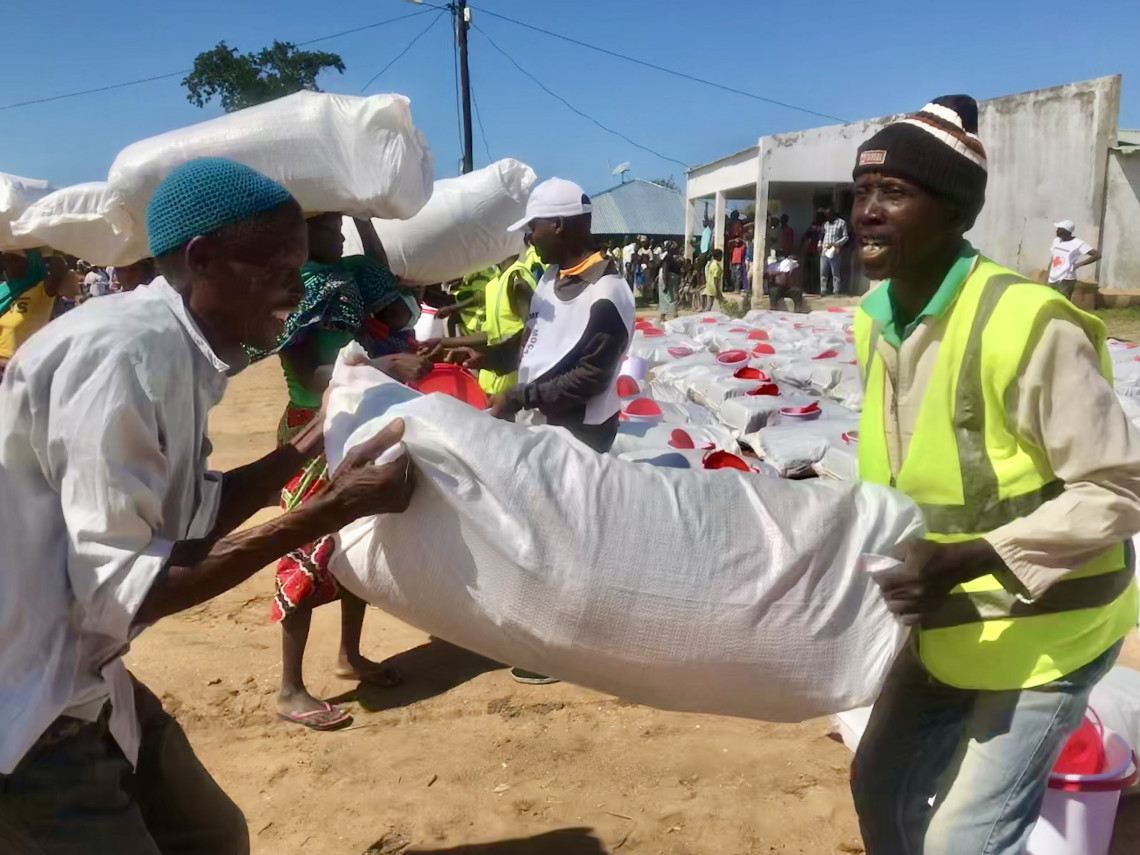 Maputo (ICRC) – To respond to a new wave of displacement in Northern Mozambique the International Committee of the Red Cross (ICRC), in collaboration with the Mozambican Red Cross, distributed last week household essentials to 6,000 people. The displaced families arrived in Mieze, Cabo Delgado province, after the conflict drove them from Ancuabe district over the past weeks.
News release 04 July 2022 Mozambique

“It is heartbreaking to see the terrible condition people arrive in. Entire families leave their homes with nothing,” says Abdirizak Ahmed Maalim Mohamednoor, the ICRC Economic Security Coordinator in Mozambique. “People in Mieze opened their doors to the displaced, but they also have large families and  in some cases the conditions are precarious. Some families have no roof over their heads,” he adds.

The ICRC is increasingly concerned by the cumulative humanitarian impact of the ongoing armed conflict. Many of the newly displaced families had come to Ancuabe from other places in search of safety and this was the second displacement they experienced. They had to flee by foot or by bus, reaching new destinations with no means to support themselves.

On the road family members often become separated, and many children find themselves without adult guardians. According to the International Organization for Migration (IOM), 55% of the recently displaced are under 18years old.

Displacement leads to a rapid increase of population in host towns and villages, and access to essential services like education, healthcare and clean water becomes a challenge. 36,000 people fled the district of Ancuabe during the month of June. In total, more than 780,000 people in Cabo Delgado are displaced due to the armed conflict.