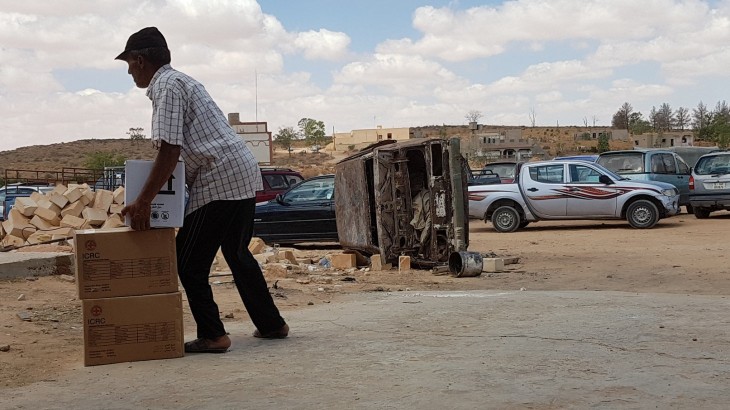 Tripoli (ICRC) – The conflict in Tripoli continues with no end in sight over two months after it began. Casualties are steadily mounting in the eastern and southern parts of the city, and as many as 90,000 people are estimated to have already been displaced, while tens of thousands may be trapped in their neighbourhoods. Because of indiscriminate attacks, it is increasingly dangerous for medical workers to help the wounded.

“Heavy shelling and airstrikes have become all too common since early April,” said Danielle Hannon-Burt, the head of office in Tripoli for the International Committee of the Red Cross (ICRC). “Fierce fighting in parts of Tripoli includes direct or indiscriminate attacks against civilians and their property. It also includes attacks against key electricity, water, and medical infrastructure essential for the survival of the civilian population, potentially putting hundreds of thousands of people at risk. Simply put: a wider escalation could lead to an irreversible humanitarian crisis.”

Whether living near the frontlines or in calmer areas, people are finding it increasingly difficult to go about their lives. Many desperately try to hold on to some degree of normalcy, even as blasts and shootings echo in the background. Many more suddenly find themselves caught in the cross-fire. Those who find a window of opportunity leave their homes as a very last resort, sometimes multiple times. The violence is all too familiar, as heavy clashes have repeatedly shaken Tripoli since Libya’s unrest began in 2011, most recently in September 2018. This time, many fear a long and protracted fight.