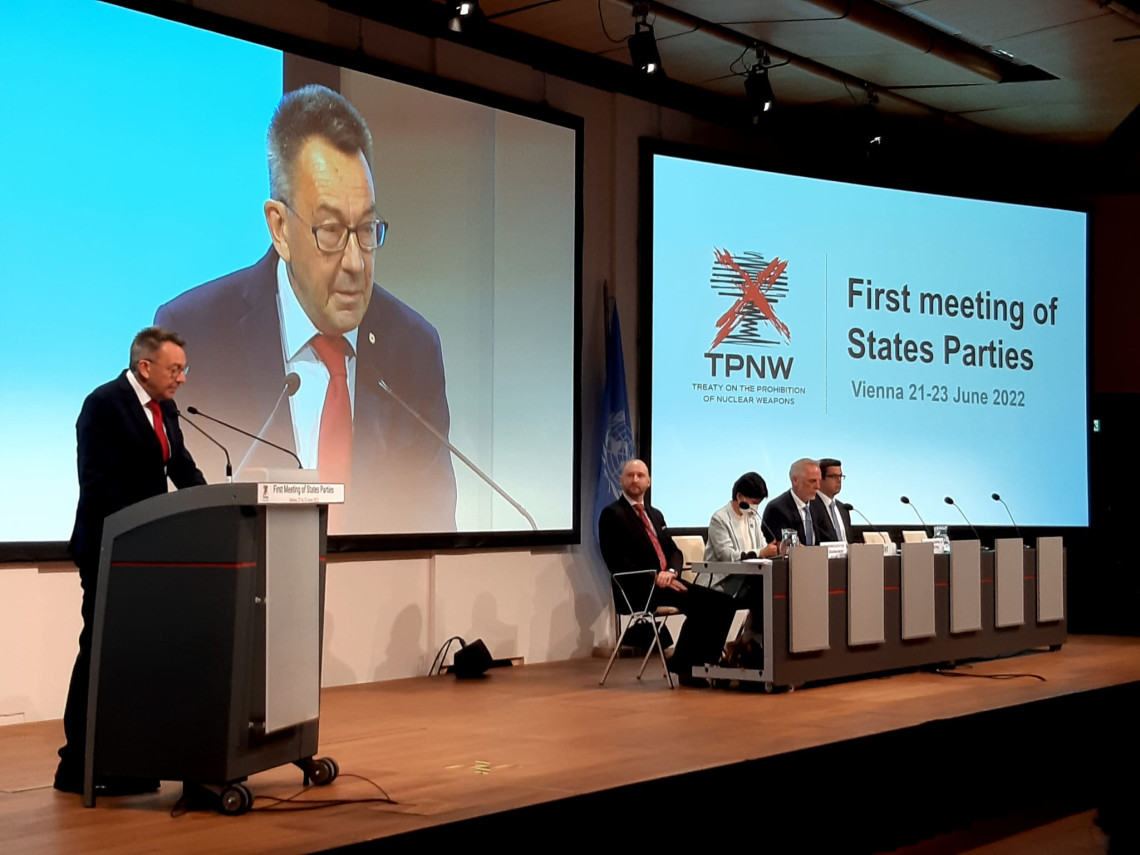 Peter Maurer: “Continued existence of nuclear weapons is one of the biggest threats for humanity”

A speech given by ICRC President Peter Maurer at the First Meeting of States Parties to the Treaty on the Prohibition of Nuclear Weapons in Vienna on 21 June 2022.
Statement 21 June 2022 Austria 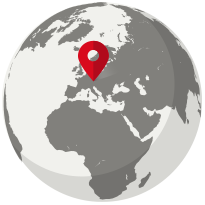 Today is a historic moment.

We have gathered here to put into effect the Treaty on the Prohibition of Nuclear Weapons (TPNW) and to shape the future of nuclear disarmament.

A decade ago, this may have seemed illusory. Today, a global, unequivocal, comprehensive prohibition of nuclear weapons – the most catastrophic weapons ever created – is a reality.

We owe this reality to the tireless efforts of many:

The continued existence of nuclear weapons is one of the biggest threats for humanity. Their use would have catastrophic humanitarian consequences, capable of endangering the very survival of our planet. The risks of such use are growing, in terms of both probability and magnitude of effects.

At a time when, against the backdrop of the conflict in Ukraine, nuclear deterrence theories seem to be regaining vigour and apparent legitimacy, it is critical to refocus the debate on what a nuclear weapon use – even a so-called low-yield “tactical” nuclear weapon – would mean for civilians and combatants, and for the natural environment on which we all depend.

If a nuclear weapon were to detonate in or near a populated area, no State or international body could adequately address the immediate humanitarian emergency nor the long-term consequences, nor provide sufficient assistance to victims.

Why is it so important to focus on the consequences of nuclear weapons? Because they are the benchmark against which the moral, ethical and legal acceptability of a weapon is to be judged, and deterrence theories are to be evaluated.

Indeed, while the professed purpose of nuclear deterrence is to maintain national and regional security, the existence of nuclear weapons poses major risks to human security – including individual and collective health, well-being, environmental and food security, as well as climate.

It is the catastrophic humanitarian consequences of nuclear weapons – on human health, on the environment, on future generations – that make these weapons inhuman, immoral and – since the entry into force of the TPNW – also illegal under conventional international law.

In light of these consequences, in the ICRC’s view, it is extremely doubtful that nuclear weapons could ever be used in accordance with the rules and principles of IHL.

Moreover, any use of nuclear weapons would be abhorrent to the principles of humanity and the dictates of public conscience. Any threat to use nuclear weapons is in the ICRC’s view equally abhorrent, because it implies the possibility of actually using them.

Nuclear disarmament is an urgent humanitarian and legal imperative.

The comprehensive prohibition of nuclear weapons by means of the TPNW is a crucial step towards their elimination, which is a vital responsibility of the international community as a whole. Pending this, effective risk reduction measures need to be taken urgently. This is first and foremost the responsibility of nuclear-armed States and their allies.

Now is a time not for words, but for action.

The first Meeting of States Parties is an important milestone for the success of the treaty. It will establish a framework for the effective implementation and progressive universalization of the TPNW, and underscore the treaty’s significant added value within the broader nuclear disarmament and non-proliferation architecture. It will send a clear signal that the treaty is a credible instrument capable of having a real impact.

For this purpose, it is important to strike a balance between ambition and realism.

The ICRC has submitted a working paper with concrete recommendations to States Parties on the implementation of the treaty and on the outcome of this meeting, which I strongly encourage you to consider.

Cooperation and assistance with States outside the TPNW can also contribute significantly to the effective implementation of the treaty. It is therefore important to develop synergies, including in the context of the Non-Proliferation Treaty, and to explore the complementarity of the two instruments, in particular on the provision of assistance to victims and the remediation of the natural environment impacted by the use or testing of nuclear weapons.

The ICRC, and the broader Red Cross and Red Crescent Movement, will continue to work tirelessly to strengthen the membership of the TPNW and its implementation, and to promote nuclear disarmament, until the goal of a world free from nuclear weapons becomes reality.

I wish you a very successful meeting.