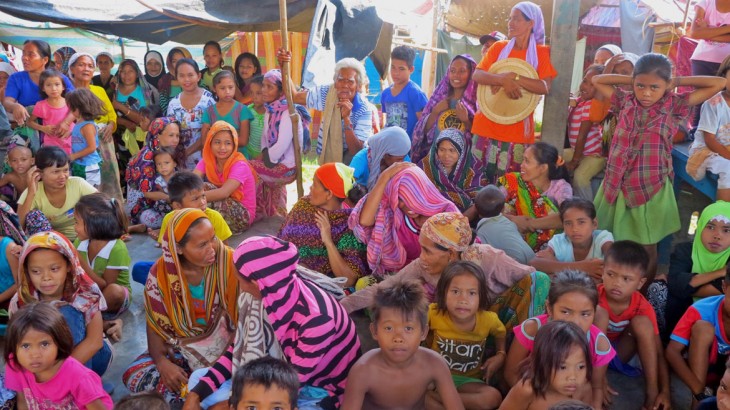 Fear and uncertainty remain for thousands of people displaced by the month-long clashes between government armed forces and armed groups in Maguindanao in March. The International Committee of the Red Cross (ICRC) and the Philippine Red Cross (PRC) are striving together to help them.

"Although the fighting in Maguindanao has stopped, irregular skirmishes and uncertainty in the area prevent displaced families from returning to their homes," said Pascal Mauchle, head of the ICRC delegation in the Philippines.

Unable to go back to their homes and farms, many of which have been affected by the current dry season brought about by El Niño, displaced families living in evacuation centres are dependent on aid.

"The prolonged dry season is affecting the health of the displaced families and reducing their incomes. Each day in these temporary sites is a major struggle for them, and the future remains unclear," added Mauchle. 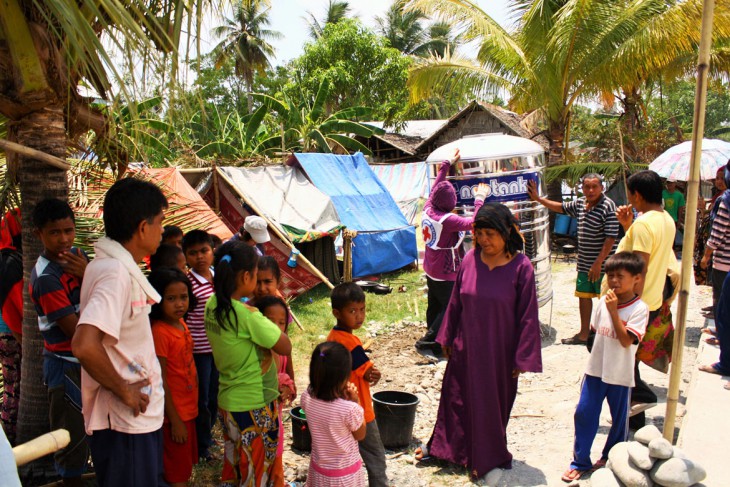 Since 4 April, the ICRC and the Philippine Red Cross have been distributing clean water daily to around 16,000 people in 17 evacuation centres in Mamasapano and Datu Salibo municipalities, in Maguindanao. CC BY-NC-ND / ICRC / L. Dela Cruz

With hygiene and sanitation being another primary concern, the ICRC will conduct maintenance of toilets it had built in 2008, when thousands of people were displaced in Maguindanao. It will also construct new permanent toilets with septic tanks in several evacuation centres.

"The toilets we constructed in 2008 are being used by people who are presently displaced. As such, the sanitation infrastructures we are planning to build will remain for any future needs," said Marco Albertini, ICRC's water and habitat coordinator.

Five multipurpose tents were also given to the Integrated Public Health Office of Maguindanao to be used as emergency health posts providing health services for the displaced people in the evacuation centres.

To improve health response to emergencies, the ICRC and the PRC have begun first-aid training of 60 health staff working in rural health units and other emergency response units in the municipalities of Matalam and Kabacan, in North Cotabato.

These four-day courses, which will run until June, cover 21 rural health units in North Cotabato and Maguindanao, and will also be conducted in Agusan del Sur and Zamboanga.

The ICRC continues to coordinate its efforts with local authorities, which have been supporting the displaced, on remaining needs.

Since 25 February 2015, in central Mindanao, the ICRC and the PRC have also:

The ICRC remains committed to assisting displaced families in Maguindanao and is preparing with the PRC to launch targeted food distributions in May.