Philippines: Building the capacity of jail authorities to respond to overcrowding 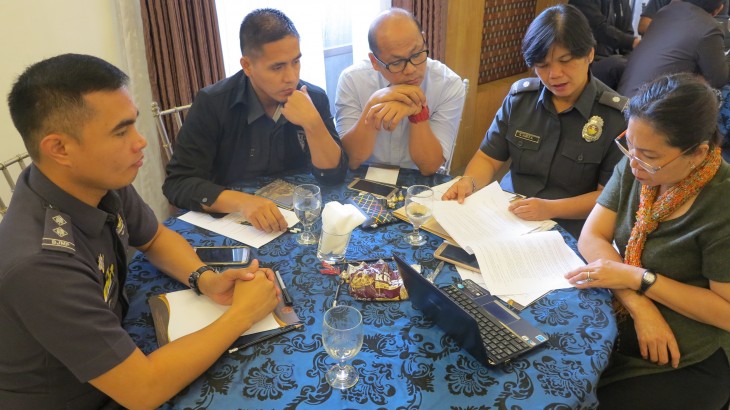 The ICRC works closely with Philippine detaining authorities, particularly the Bureau of Jail Management and Penology, to help them monitor their 463 jails more closely and address critical issues linked to congestion.

Lack of space and ventilation, as well as limited access to health and paralegal services—these are just some of the critical issues that the Bureau of Jail Management and Penology (BJMP) deals with every day, as discussed in last week's workshop finalizing the "BJMP Operational Plan Related to Overcrowded Jails."

During the two-day workshop on Aug. 9 and 11, 30 correctional officers from the BJMP carried out a rapid assessment aimed at improving the problem analysis of its 463 jails, and developing a standardized response mechanism to mitigate the consequences of severe overcrowding.

Key staff from the departments of health, legal, operations, logistics and the human resources together with several wardens explored a large range of consequences of overcrowding and listed all possible ways for BJMP staff to directly address these consequences. They also discussed how best to generate external support from local government and health units and judicial authorities.

Facilitated by the International Committee of the Red Cross (ICRC), this event followed a series of workshops where the BJMP identified a list of key performance indicators (KPIs) of its jail units that will be encoded by its wardens on a monthly basis through an innovative mobile application. Using a scorecard system, the mobile app will soon allow BJMP to rank all jails according to urgent issues.

Overcrowding, noted Antipolo City Jail warden Jail Supt. Ruelito M. Bobadilla, has a direct effect on the inmates' health. "We must take into account the increase of population over the years. Ideally, our space in the Antipolo City Jail male dorm should be for 87 persons but today it accommodates many more. One week does not go by without us rushing one person to the hospital," he said. 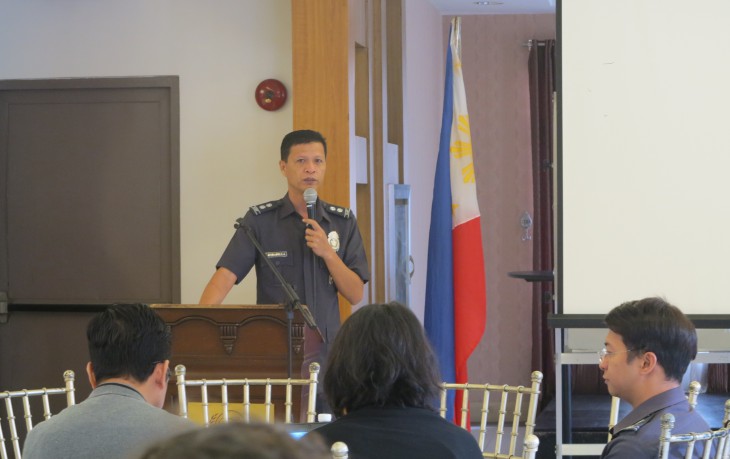 Jail Supt. Ruelito Bobadilla, Antipolo City Jail warden, says the jail population had been increasing over the years and has a direct effect on the inmates' health.

"This response system will help harmonize and efficiently monitor the jail activities at all levels. This is a good effort to capacitate the wardens and help them to coordinate with the local government units in a more systematic manner," added Bobadilla.

The complete system is expected to be ready by the end of September 2016, for piloting in selected jails prior to its evaluation for a possible roll-out countrywide.